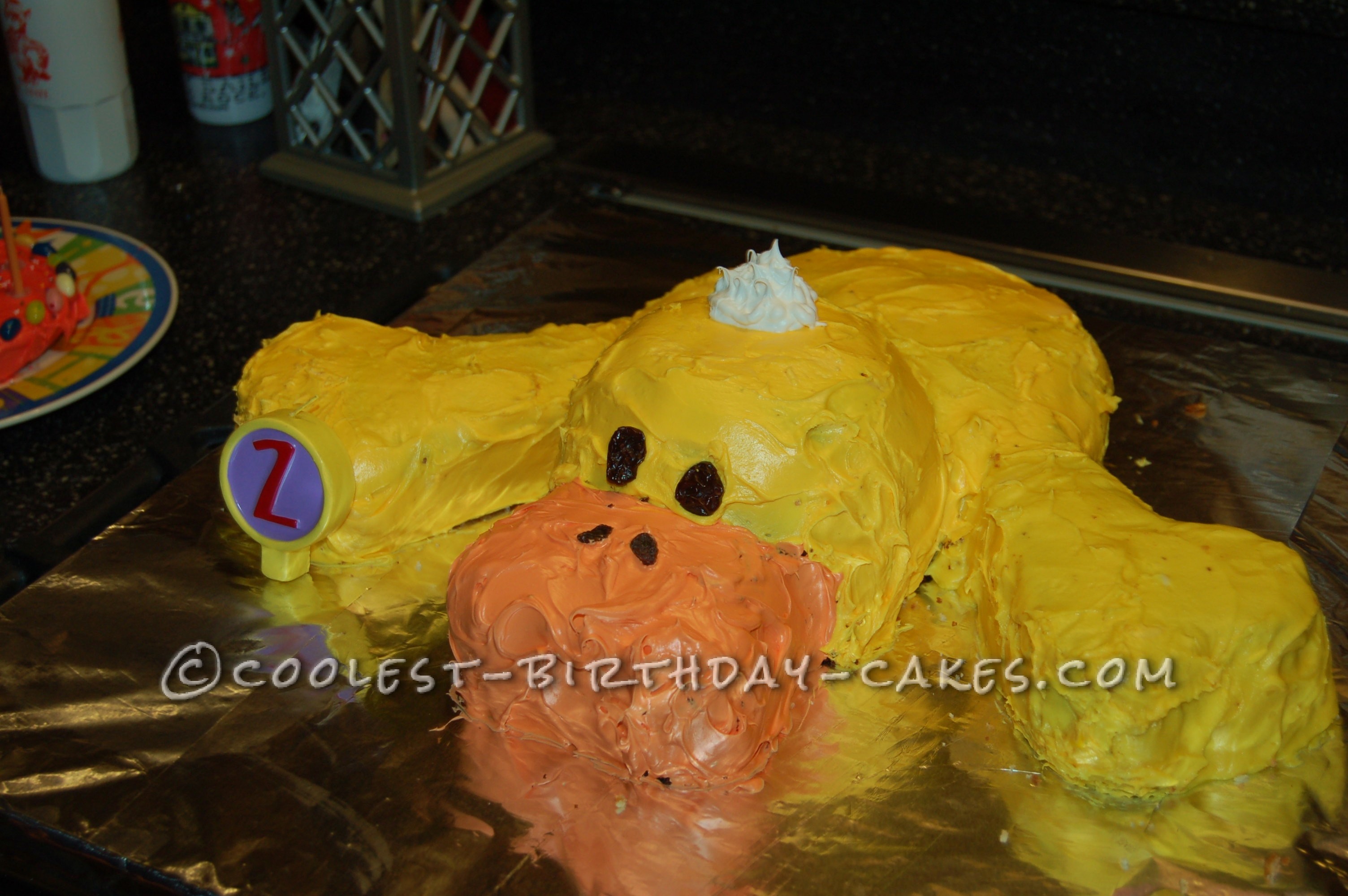 Sometimes it’s hard to tell what a 2-year old’s favorite things are, so when my son’s 2nd birthday was coming up, I turned to what I KNEW he loved – the “duck” he couldn’t sleep without!  I decided to make it 3 dimensional, just for added interest…how hard could it be after all?

Fortunately he had a larger duck identical to the one he slept with, so I used that at my model. I decided not to replicate the entire body, just the head, body, and front 2 wings. I laid the duck out flat and kept it beside me while I “created” – call it inspiration, I suppose. I used 2 boxes of cake mix, different flavors for added interest for the guests. I ended up using 3 round cake pans (9”) and an oven safe glass mixing bowl. I actually placed the “wings” of the duck model on paper and traced them and cut them out to make a pattern.

Once the cakes were baked and cooled, I placed the wing pattern on first round layer (both facing different directions – like shoes in a shoe box) – so they would both fit and cut them out. A second round layer was the body, and the rounded cake (from the glass bowl) was the top of the head, and the third round layer was used as a base for the head and the bill of the duck (I cut the bill out of it first and used the leftovers to lift the head up and give it height).

I used cool whip for the fluff of hair on top of the head, dried cranberries for the eyes, and raisins for the nostrils. It was a huge hit with the party guests (especially when they found out there were 2 flavors to choose from!), and the guest of honor recognized it immediately! 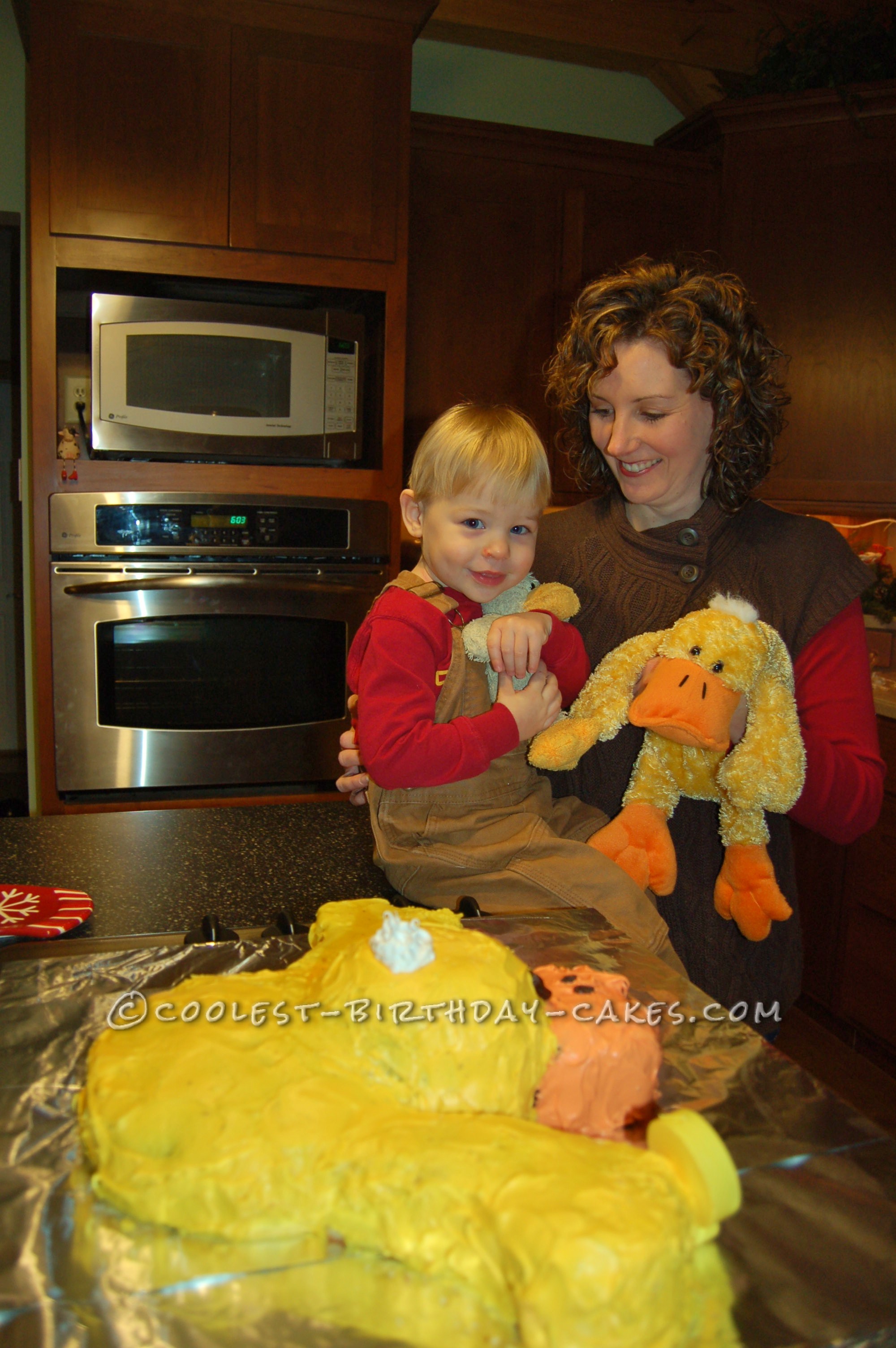 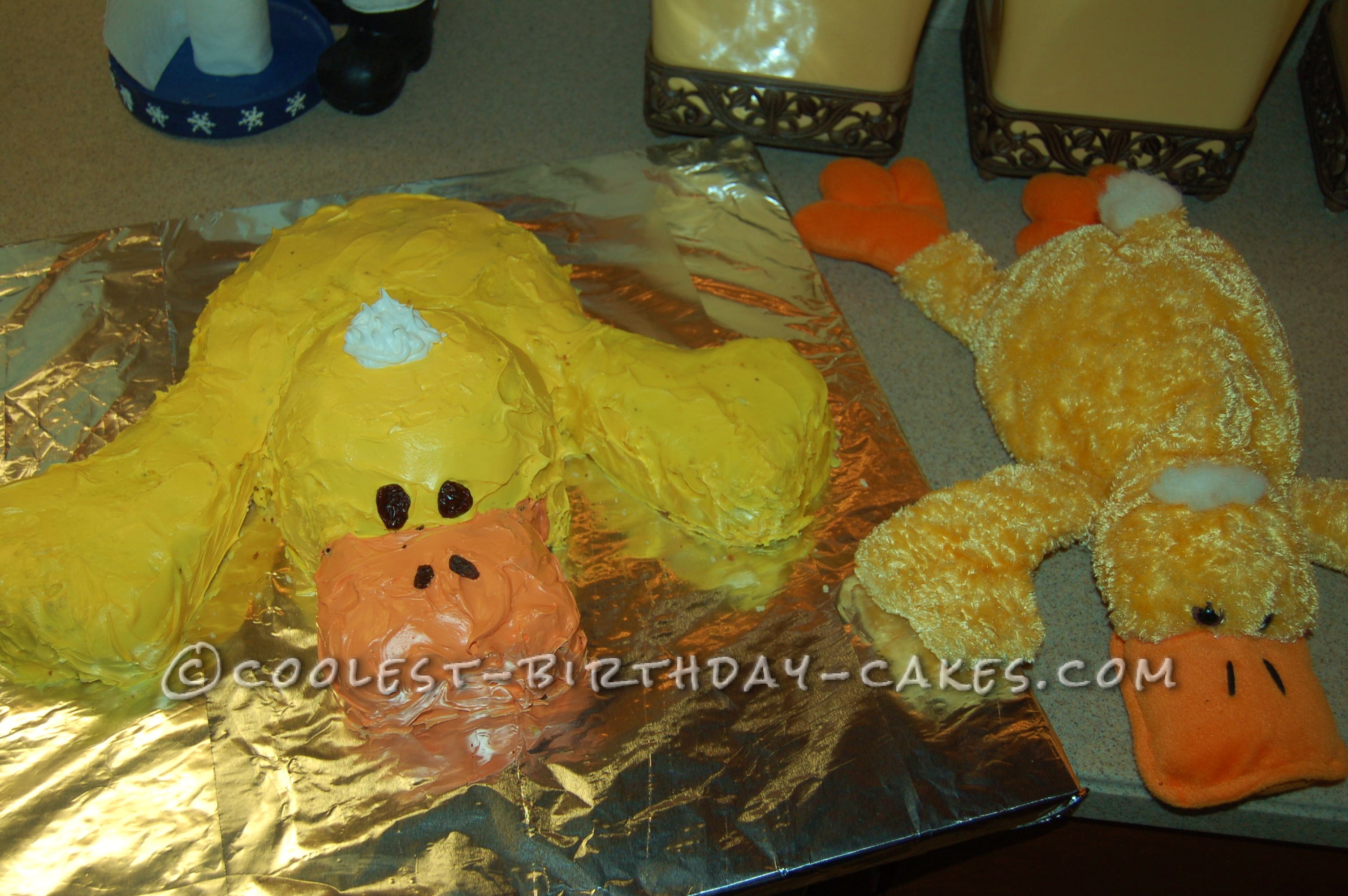