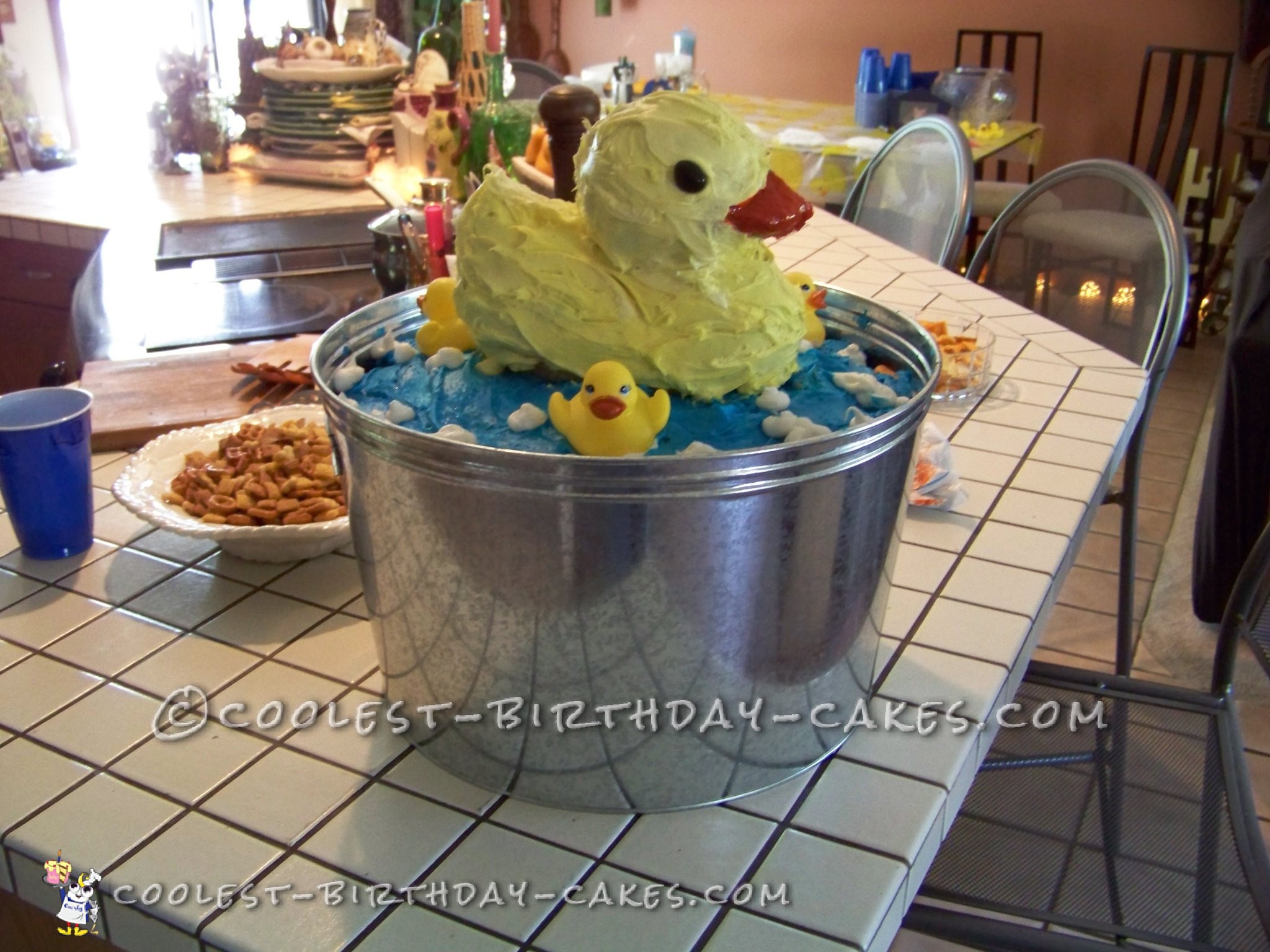 Rubber duckies are my absolute favorite baby shower theme so I was thrilled to have the chance to throw a duckie themed shower for my brother and his girl friend for their first daughter. I looked online for inspiration and there are so many different kinds of rubber duckie cakes out there. I took bits and pieces of several cakes to come up with this idea.

I had to buy a 3D duck cake pan online and once I had that I was able to begin. This cake is pretty much cake and cupcakes. The duck was a vanilla lemon cake and the cupcakes were double chocolate devil’s food. I also had to go to Michael’s to buy the wash basin and large cake rounds for the cake to sit on inside the wash basin.

Once I had all the cakes baked, I realized the cake would sit too low in the wash basin and be hard to see, so I took the box the 3D duck cake pan came in and pit it in the bottom of the wash basin and then put the cake round on top of that. I put some icing in the center of the round to help support the duck and also stuck skewers in the duck to help add support to the head. Then I iced the duck with icing and used black jelly beans for eyes. I also took a bit of icing and dyed it orange and melted it just a bit in the microwave.

Then I took a paint brush and brushed the icing on the beak, so that it was sleek and smooth just like a duck. Then I took the cupcakes and laid them all over the rest of the cake round and covered with blue icing. I then took some actual rubber duckies and laid them on top and piped some white icing bubbles on top too.

This cake was a big hit! Everyone loved it and it is by far the most ambitious I’ve ever been with cake.