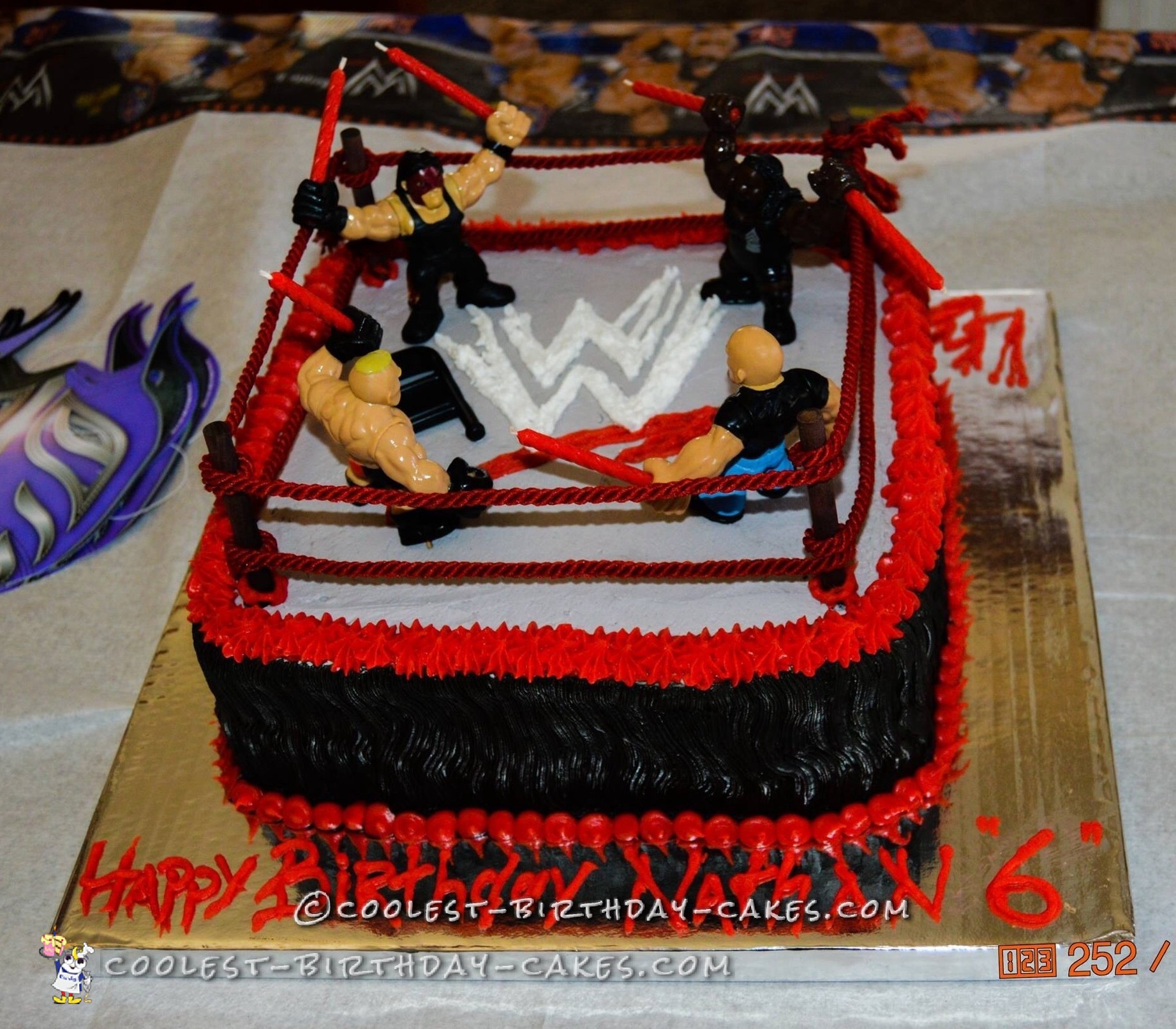 This WWE wrestling ring cake was made for my grandson Nathan’s birthday. I have 5 grandchildren and each year they ask for their very own special cake. This year Nathan asked for a WWE wrestling cake. At first I panicked  because I had never made one before.

Voila! The look on my grandson/s face was priceless. He said I was the best cake maker ever. 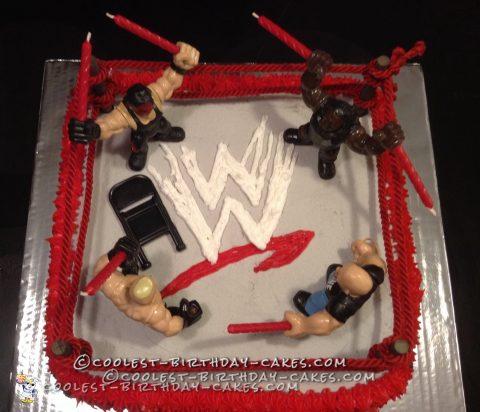 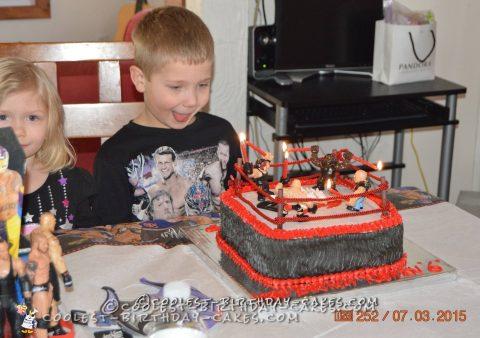