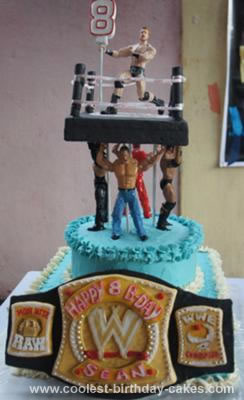 I made this WWE Birthday cake for my nephew’s 8th birthday. He is an avid WWE fan and wished for 3 things on his birthday cake – the championship belt, the wrestling ring and his WWE toys. I incorporated my nephew’s wishes with the cake ideas that I got from viewing a lot of WWE cakes online (thanks to all those who posted!).

I started working on the fondant championship belt a week ahead as I had to do it by portion. Most parts are hand painted. I also used silver and gold dragees for the “bling-bling” style of the belt. For the wrestling ring I used Styrofoam and covered it with black fondant. Did not have baking dowels on hand so balloon sticks were used instead to hold the wrestling ring. I stabilized the toys (which were sanitized before it was used) with the use of flower wires attached to each of the feet. Frosting on the cake is buttercream. 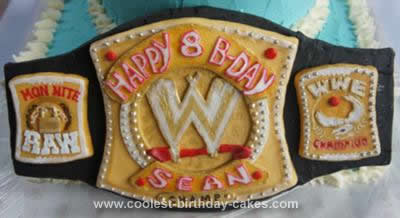 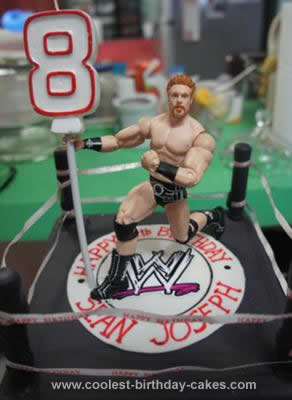