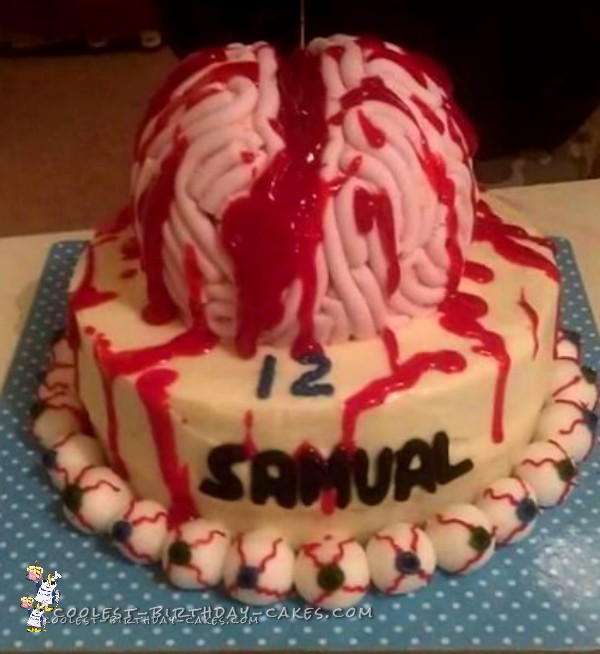 I made this brain cake for my son’s 12th birthday. He loved it. I was inspired to make it because he likes zombie games.

Everyone was grossed out, but the cakes was yummy. :)