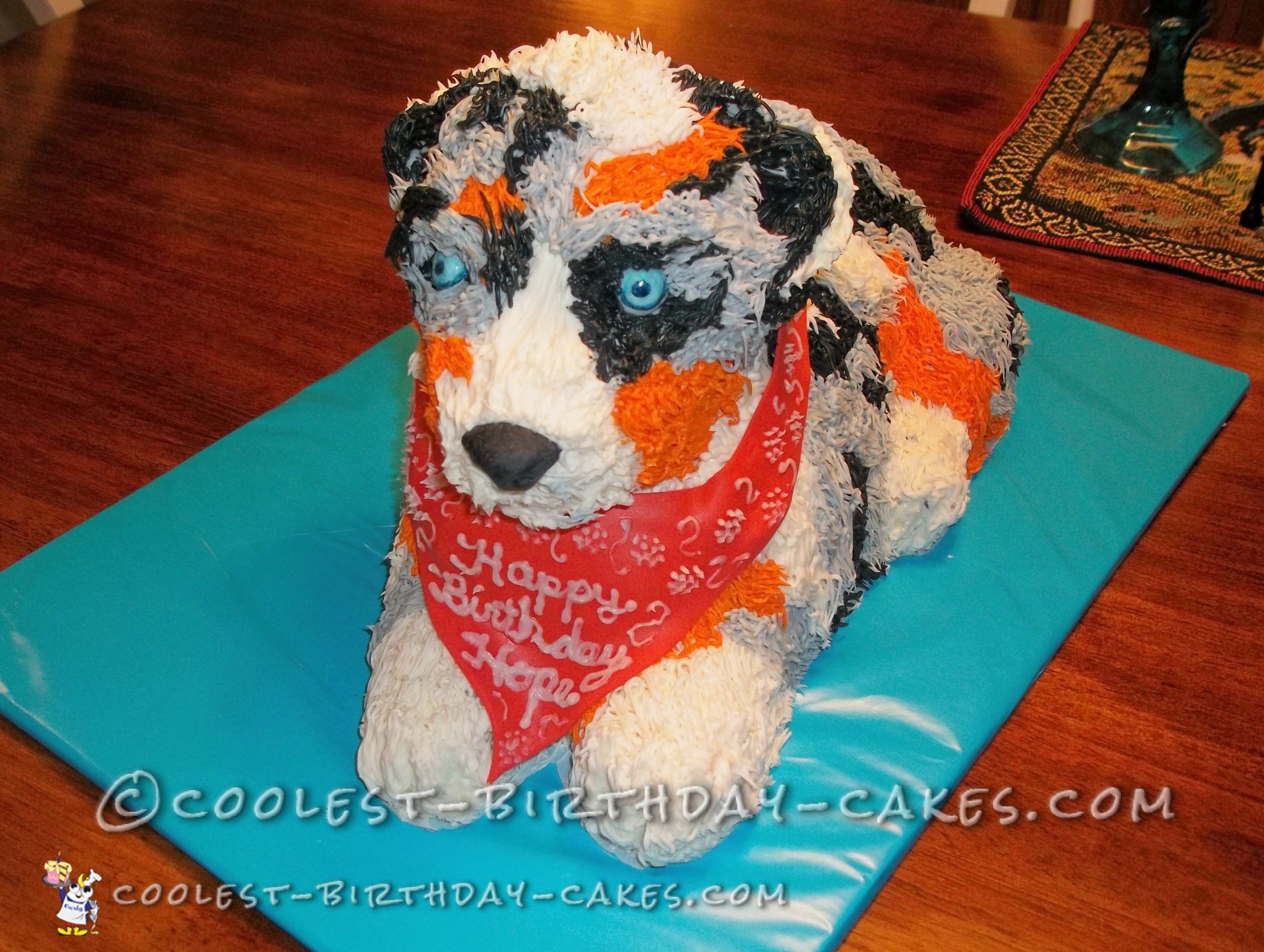 My 11 year-old daughter, Hope, chose a puppy theme for her birthday this year.  She recently started volunteering at our local animal shelter and decided that she would donate her party to them.  She asked her friends not to bring her gifts, but instead to bring gifts that dogs and cats would like.  Obviously, she wanted a puppy cake as well!  Her favorite dog at the moment was an Australian Shepherd with blue eyes.  “Sure”, I said.  Little did I know that I would Google for hours and not locate even one photo of an Australian Shepherd puppy cake!

Backing down from the challenge was not an option though, as I have had 10 years of previous experience in making her birthday cake dreams come true.  Somehow, this one would materialize as well.  So, armed with a couple of photos I printed off the internet and the dog-ged determination ;) that only a mother knows, I rolled up my sleeves and got busy!

I stacked two 9 inch rounds for the body.  I cut the layered cake in half and then turned one half on the cut end. (Hope and her dad “sampled” the other half of the cake to make sure it was going to be okay….hmmm.)  I also baked a 6 inch round and a 4×9 loaf.  I used the 6 inch round cut in half for the rear haunches and the loaf pan for the legs.  Since the Aussie doesn’t really have a tail, I lucked out on that part!

The head I formed out of Rice Krispie treats.  I made indents for the eyes and rolled eyeballs out of white fondant which I then painted.  The rest of the work was frosting, frosting, and more frosting!  I used the grass tip (as I call it) to create the fur.  The nose was sculpted out of black fondant.  The final touch was a red bandana with a birthday message for Hope.

Whenever I do a cake, transport, is my number one concern.  I can’t begin to tell you how many white knuckle trips I’ve made!  This one was no different.  Sadly, when I arrived at the party venue, I discovered that the head of Hope’s soon to be beloved puppy had fallen off!  UGH!!!  You all know it….your worst nightmare!  I had doweled the head onto the body, but I had placed the dowels at an angle as opposed to straight up and down.  I should have made them completely vertical and drove them into the board underneath, but alas, this was my first time making a dog and I didn’t consider it.

Fortunately, a couple of ladies at the venue were so supportive.  They cheered me on to victory as I propped the head back into place with plastic forks, rearranged the bandana, and – for the most part – concealed the carnage that had occurred.  Ultimately, my daughter and all of her friends LOVED the cake!!  She collected 6 huge boxes of treats and supplies for the animal shelter and her puppy party was simply dog-gone :) terrific – just like the cake!! 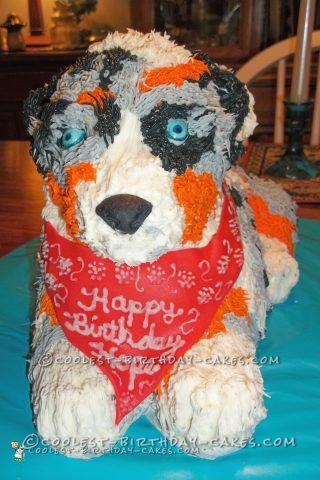 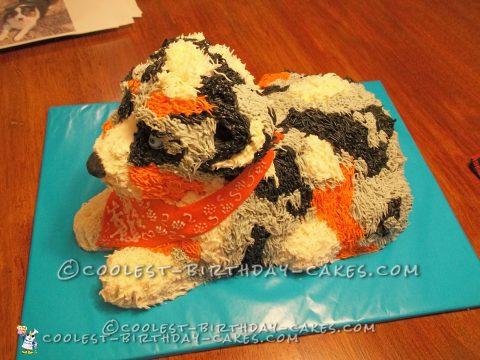 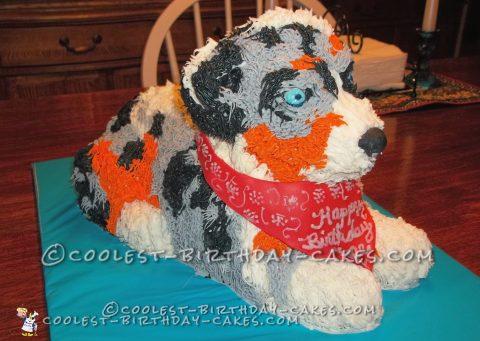