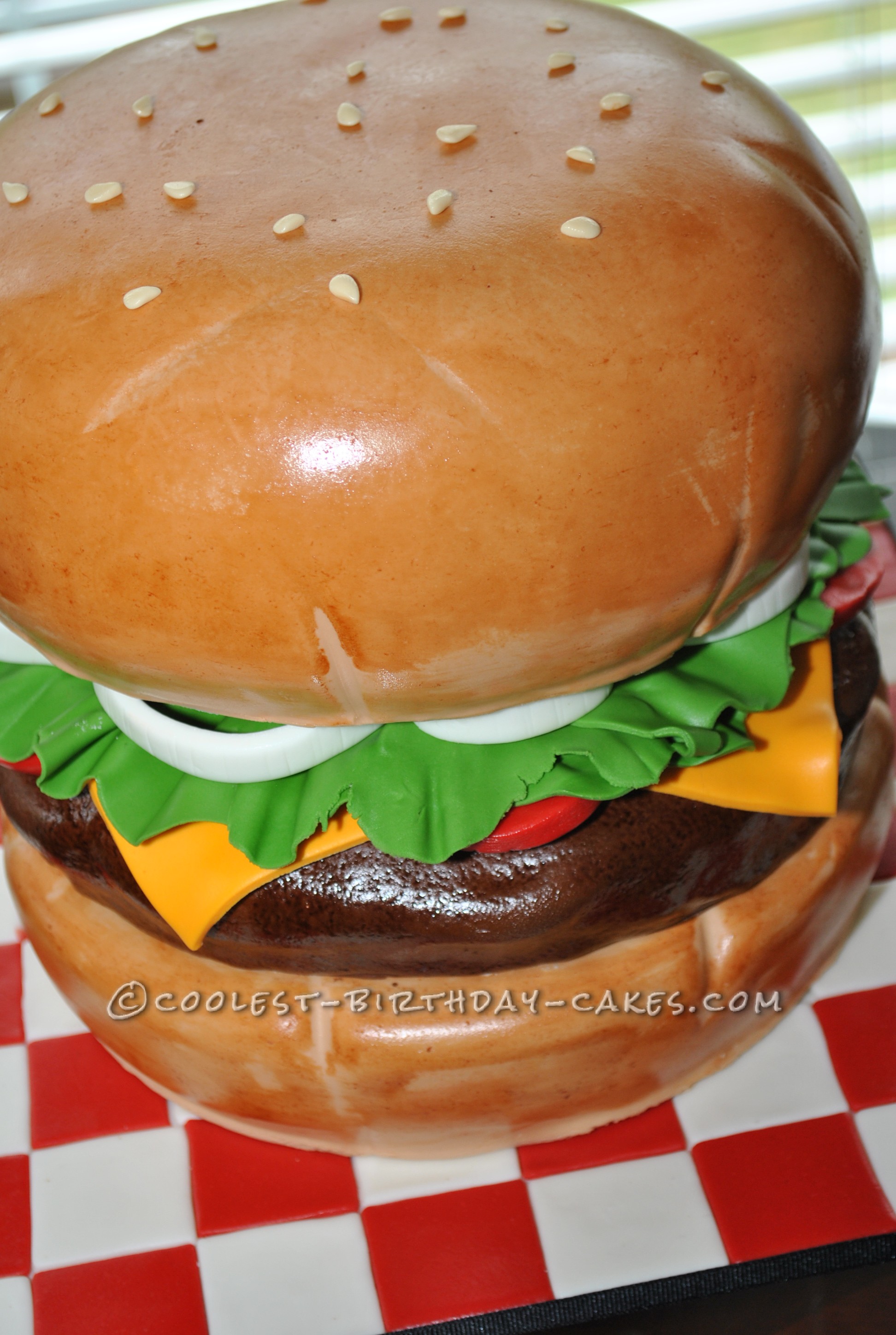 I am a home/hobby baker. My son’s preschool teacher asked me to create a hamburger cake for a birthday in her family. I was a little timid about the request so I scoured the internet for videos and how too articles on making cake look realistic as other food. I dove in with my new found knowledge and when I put that last little fondant sesame seed on I just had to giggle. I called my husband into the kitchen…which of course he thought something had gone horribly wrong…so he came running in and then just stopped and stared at it. I was so surprised by how real it looked. My little boys who are 7 and 4 later opened the fridge to see this massive burger and their little eyes got as big as saucers. The older one asked “How did you make a hamburger that big?”, not realizing it was cake.

My hamburger is carved from 9 inch cakes so it is pretty large. The bottom bun is one cake round, the middle meat layer is one cake round and the top bun is two cake rounds with the top one being carved into a dome shape. Each section has a cake board under it to allow for me to add dowel rod supports between each layer. The rods between the meat layer and the top bun layer are above the meat about an inch to leave room for the toppings so they would not get squashed by the weight of the bun. I also placed a longer dowel rod going through all three layers to avoid any movement or sliding of the layers. I filled in all around the dowel rod between the meat and top bun with cream colored buttercream to stick the topping into so they would not just slide right out.

Everything is made using marshmallow fondant. I created the cute little sesame seeds just by making a small ball out of cream colored fondant and then pinching a point onto one side. The cheese is just orangish-yellow fondant cut into squares. The lettuce is green fondant which I cut into curvey strips and then laid across multiple dowel rods to dry overnight so it would have the ridges and not be just flat. The tomato is simply thick red circles and for the onion I cut strips and then used a knife to put lines going down the outside and left them to dry overnight in half circles.

To give the buns that brown toasted look, I dipped a papertowel into a mixture of brown gel food coloring and vanilla extract and dabbed it on the tops and sides of the buns. To give the meat layer a little texture, I pressed and mashed and squeezed it with a clean hand towel. It gave it the perfect lumpy, irregular shape. I then dabbed it with the same brown color mixture as the bun for shine.

I was so incredibly proud of my burger cake!!! It turned out way better than I ever thought it would. I am completely self taught, so I love to watch how to videos and gather inspiration and knowledge from those who have created before me. Sometimes it is a big ole fail, but this one turned out AWESOME!!!! 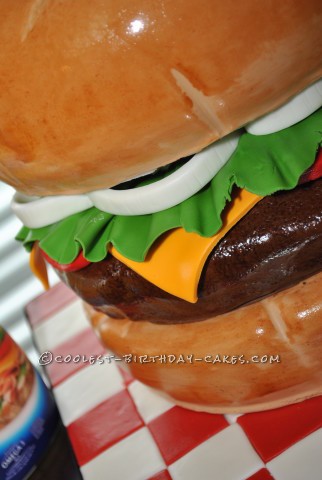 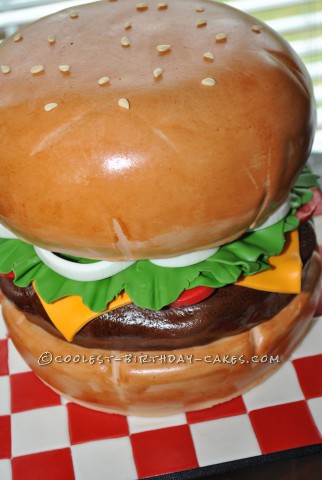 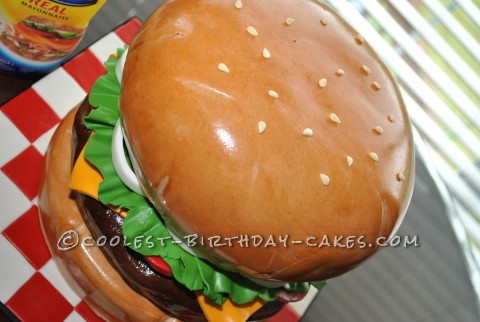 Cool Homemade Hamburger Cake Made With Marzipan and Fondant