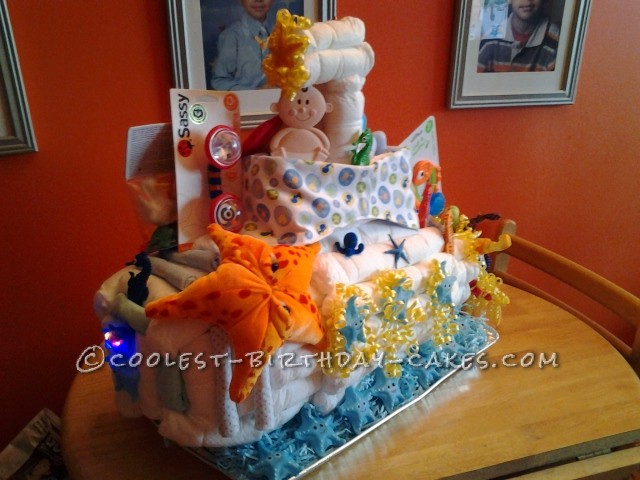 I was asked to try and make a submarine under the sea diaper cake.  I had only done 3 tier diaper cakes and diaper bassinets, so this was something I really had to think about.

I had to find something that could help me form the diapers into a submarine shape.  I used stackable round hat boxes in 3 sizes.  I tied them all together with ribbon and then glued the ribbon so they would stay attached no matter what.  I didn’t want to ruin the boxes so they can be used later to put all the items into the boxes.  I then wrapped ribbon around each of the boxes so I have something to glue the diapers to.  I then tied the diapers in place as an extra precaution to keep them from falling off.

It took a couple of days to get to this point and be happy with the shape.  Then I had to see if it would stay put before I started adding my items. It was fun and I was able to test my talents and creativity with this one. I found a starfish ring that blinks which I thought was cool to use in the front as the light beam.  I used a lamaze pirate octopus for the back end using it in place to form the propeller for the submarine.

I put it on a long baking pan and added light blue shredding to make it look like water.  I added starfish rubber bath toys and lined them up below the cake also. 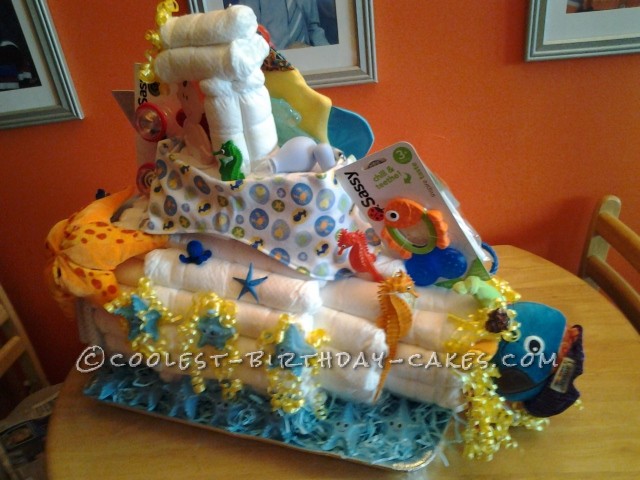 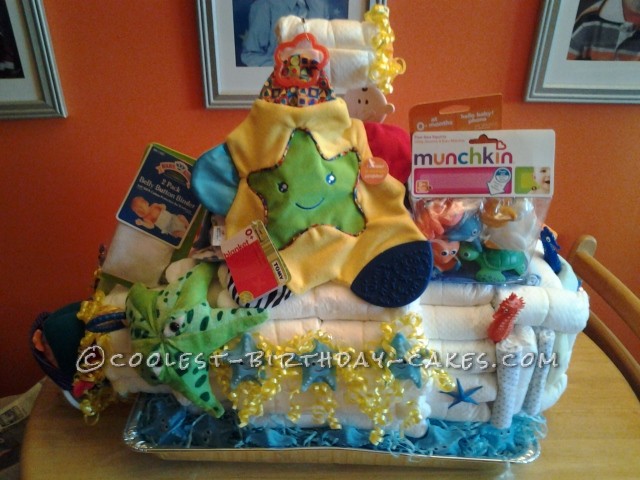 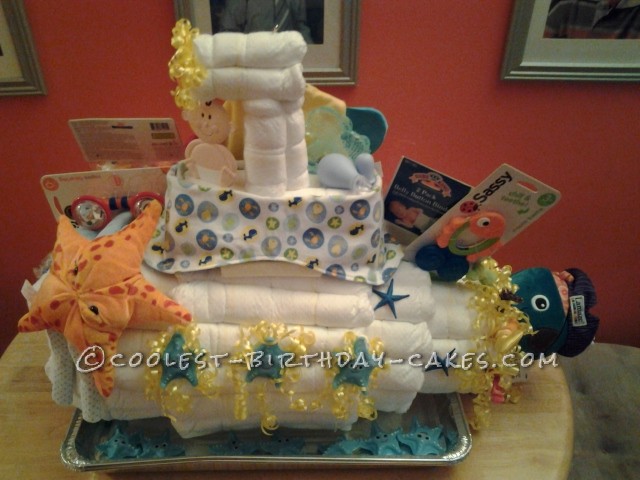 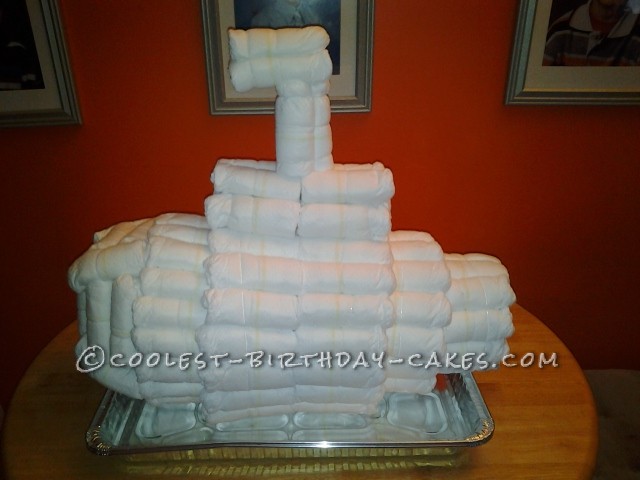 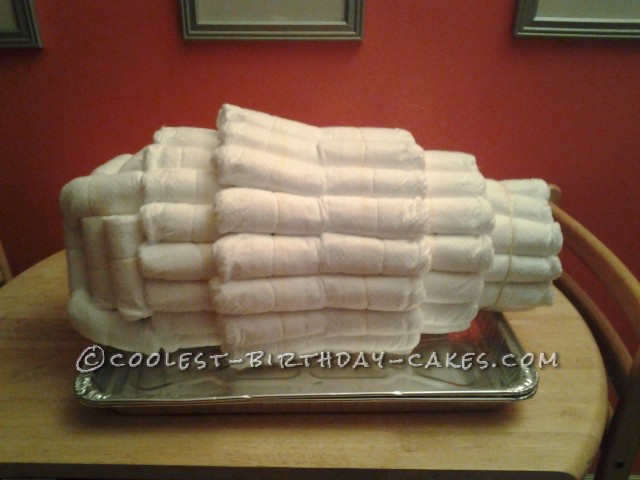