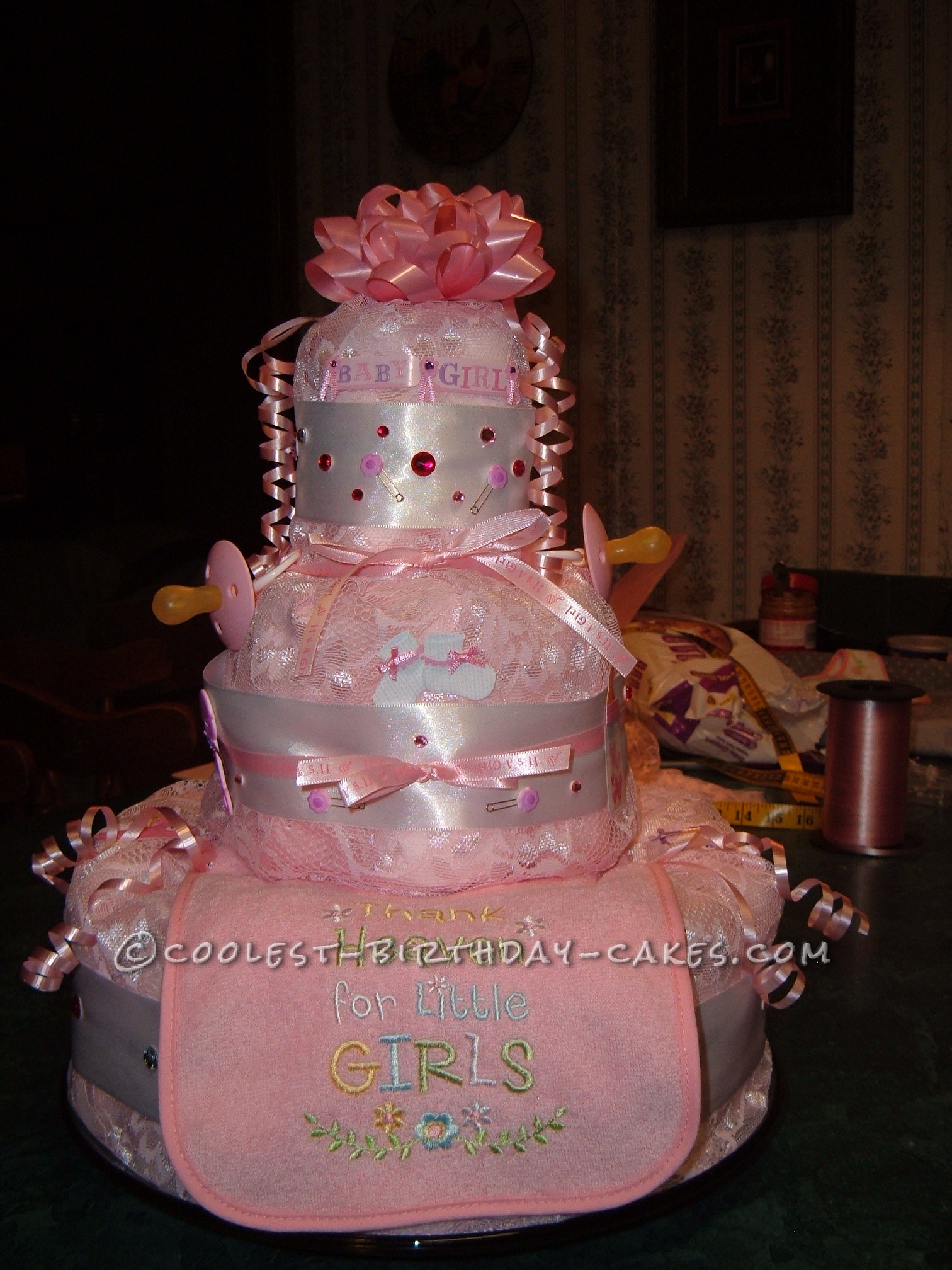 I made the diaper cake for my granddaughter’s baby shower. I knew she was having a girl and her colors were pink and gray. I was helping to host her baby shower and had to keep this a secret until the day of the shower. After a lot of research on the web I came up with idea of the lace to cover it. Some of the web ideas started with a bottle of wine for the center support to build around but I wanted something that she could drink also after she disassembled the cake since she will be nursing.

So I used a bottle of sparkling white grape and I used stick on Velcor to secure it to the glass platter I had purchased. This cake was going to be transported to and from a lot and I didn’t want it be be sliding around on the platter. I liked the look of rolled diapers so I started rolling size 1 diapers and securing them with rubbers bands. For the entire cake I used around 55 diapers. Then I began placing them around the bottom of the bottle and then tied them with ribbons to keep them in place.

Now it’s time to decorate. I used 2 inch  white ribbon and went around the center of each tier and secured it with double sided sticky tape to itself. You don’t want to stick any tape to the diapers or they might get ruined. Then I used small pink ribbon that said IT’S A GIRL on it and tied that around the white ribbon and tied a bow. I added a large bow to the top and found all kinds of stick on decorations to embellish it with. I added a bib to the front and back and some curling ribbon and 2 pacifiers. Very fun project and everyone thought it was beautiful.