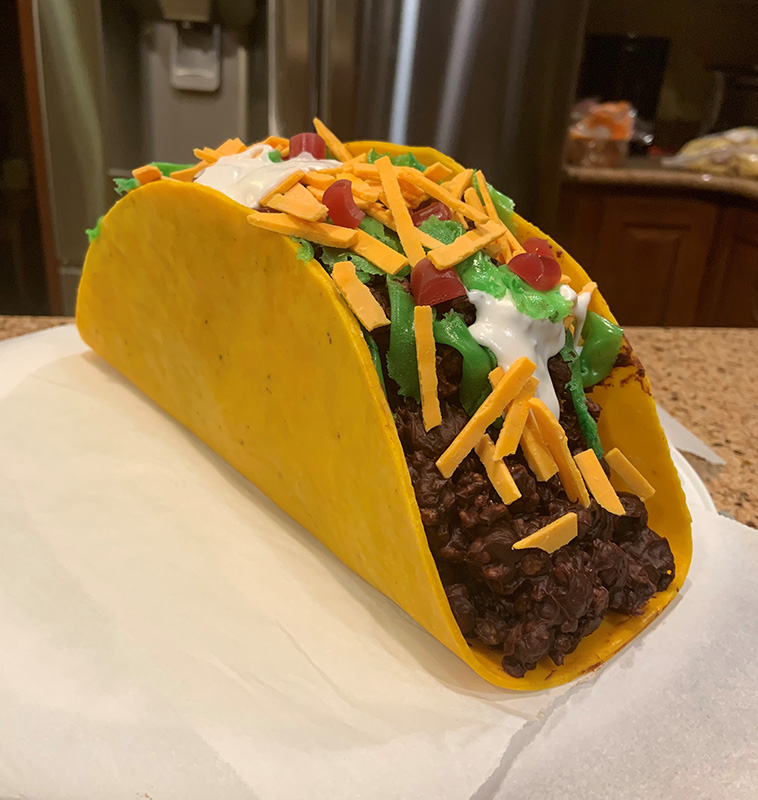 This taco cake was fun to make and not particularly difficult!  I baked a round cake, cut it in half and stacked with buttercream icing. Meanwhile, I tinted fondant a yellow/brown/orange to match the color of a corn tortilla.  I also added some Oreo cookie crumbs to the fondant to add to the corn tortilla effect.  I also tinted some of the fondant orange, to match the color of cheddar cheese.

After the taco shell hardened up, I stood the cake upright and applied the toppings. The ‘meat’ is a dark chocolate ganache mixed with Cocoa Krispies and Buncha Crunch.  This mixture was laid on top and around the sides of the cake.  I topped with the fondant ‘shredded cheese’,  ‘lettuce’ (green Fruit Roll-ups, torn into pieces), and ‘tomatoes’ (sliced red licorice bites).  the final topping was ‘sour cream’ (white royal icing).

I presented it on some taco wrappers that I got from Taco Bell, along with some hot sauce packets.

Overall the cake was well-received by my 16yo son and his friends. 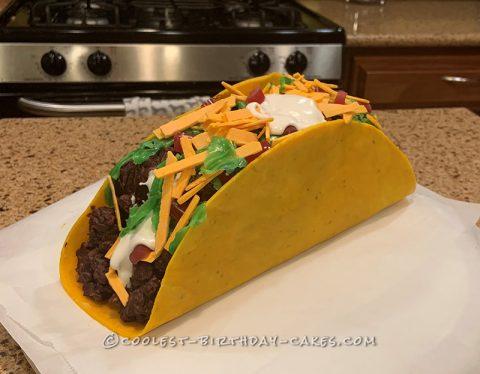 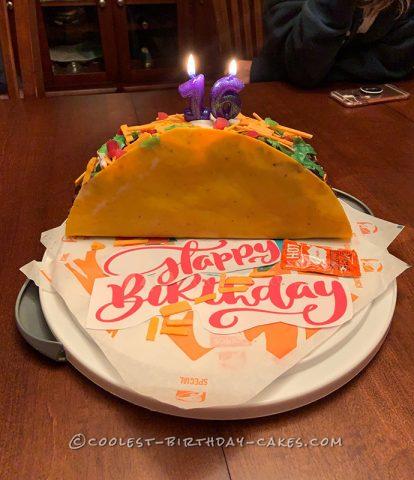