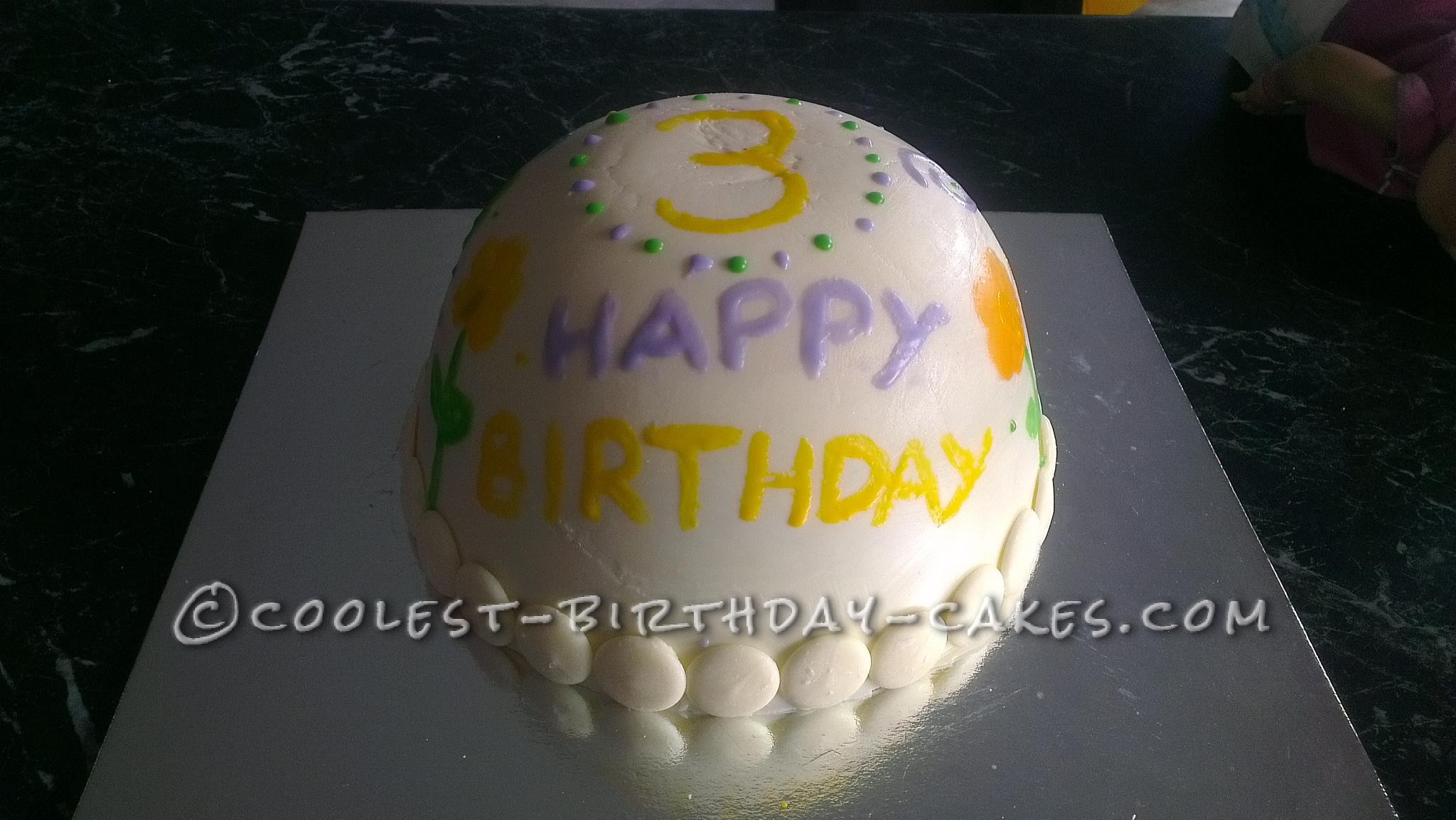 This Piñata Smash cake was an awesome cake and so much fun for my twins to smash it to find the goodies inside.

I made a round mud cake and topped it with chocolate ganache. I put smarties on top of the ganache so the other lollies wouldn’t stick. Mixed lollies were then put on top. This was all the easy part.

The part that gets smashed was made from white chocolate. I used a Pyrex bowl to create the dome of chocolate over the top of the cake and lollies. The inside of the bowl was coated in oil and frozen for a couple of hours. I melted the chocolate and then quickly poured it into the bowl, starting from the top edge and turning the bowl around so the chocolate evenly coated the whole of the bowl. I quickly put it back into the freezer and left until it was set. The next part is the scary part as to whether it comes out or not. I turned the bowl upside down and the chocolate bowl came out so easily. I think the key is a good coating of oil.

I placed the chocolate bowl over the cake. Around the bottom edge I put chocolate buttons to make the edge look a little nicer. They were stuck on using melted chocolate. I did the writing and flowers using a paintbrush and a mixture of water, icing sugar and food coloring.

We put the cake in the fridge until it was ready for cake time but I would suggest leaving it out so the chocolate is not hard as my twins had to hit it a few times to crack the chocolate. 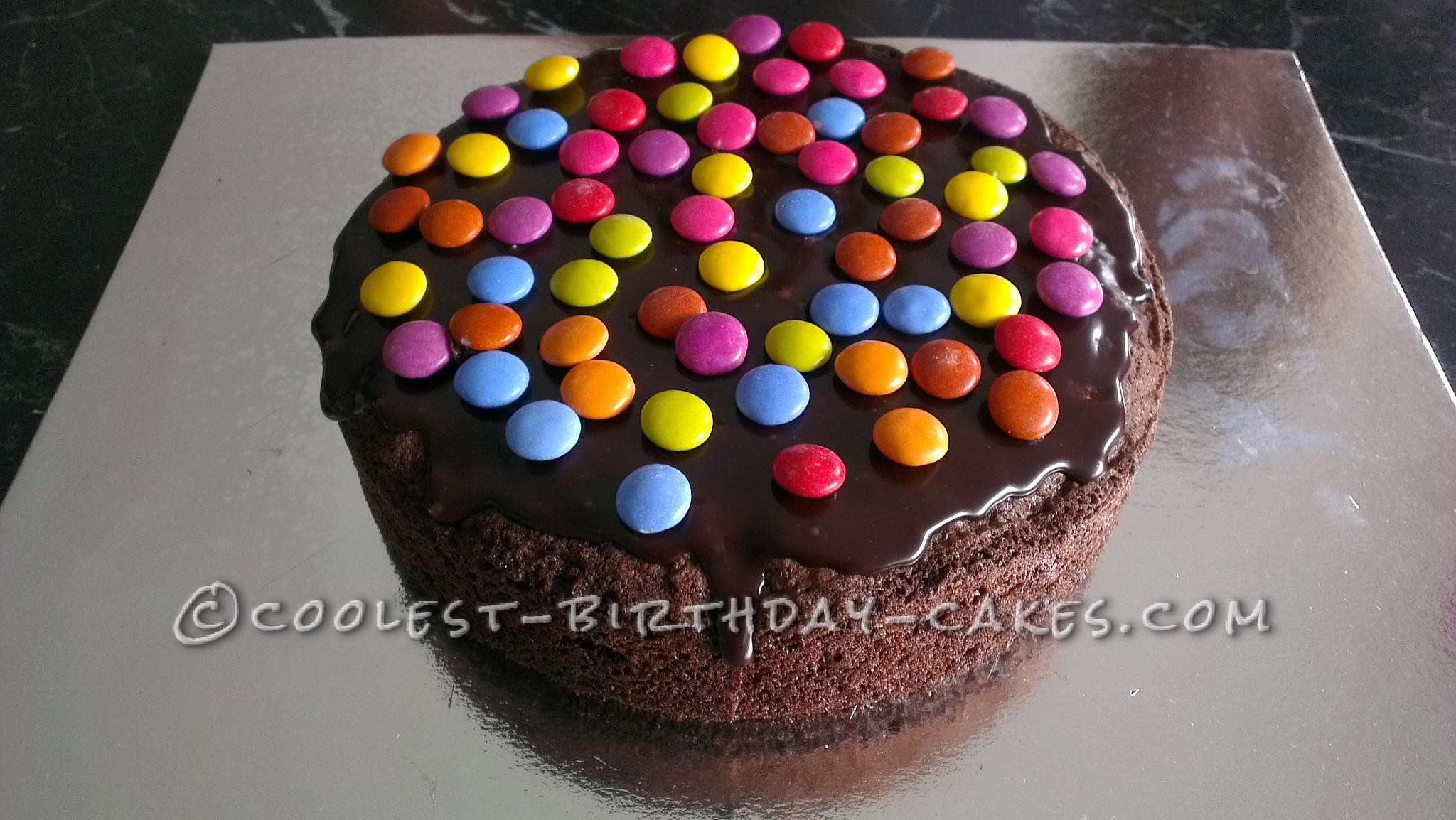 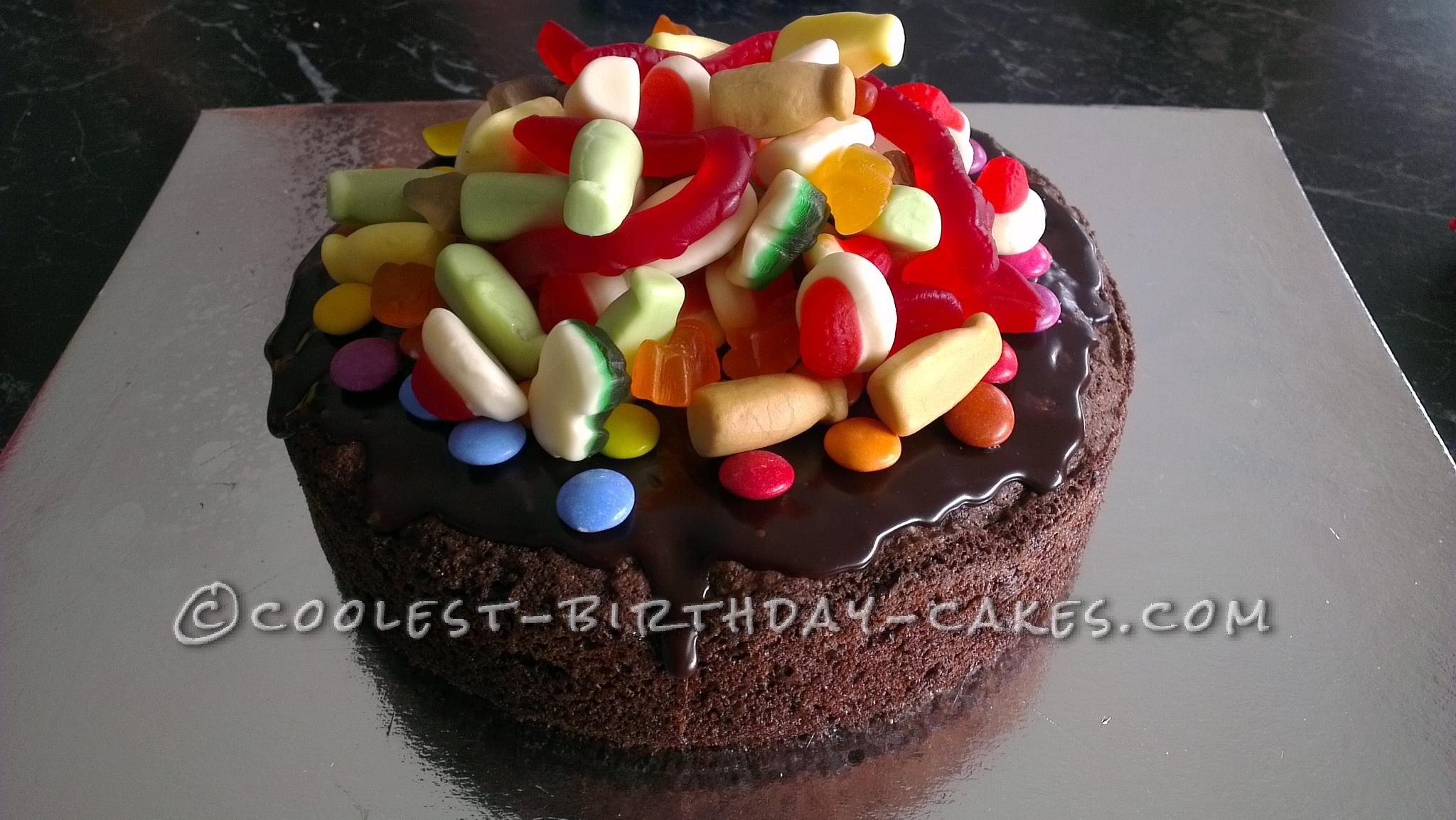 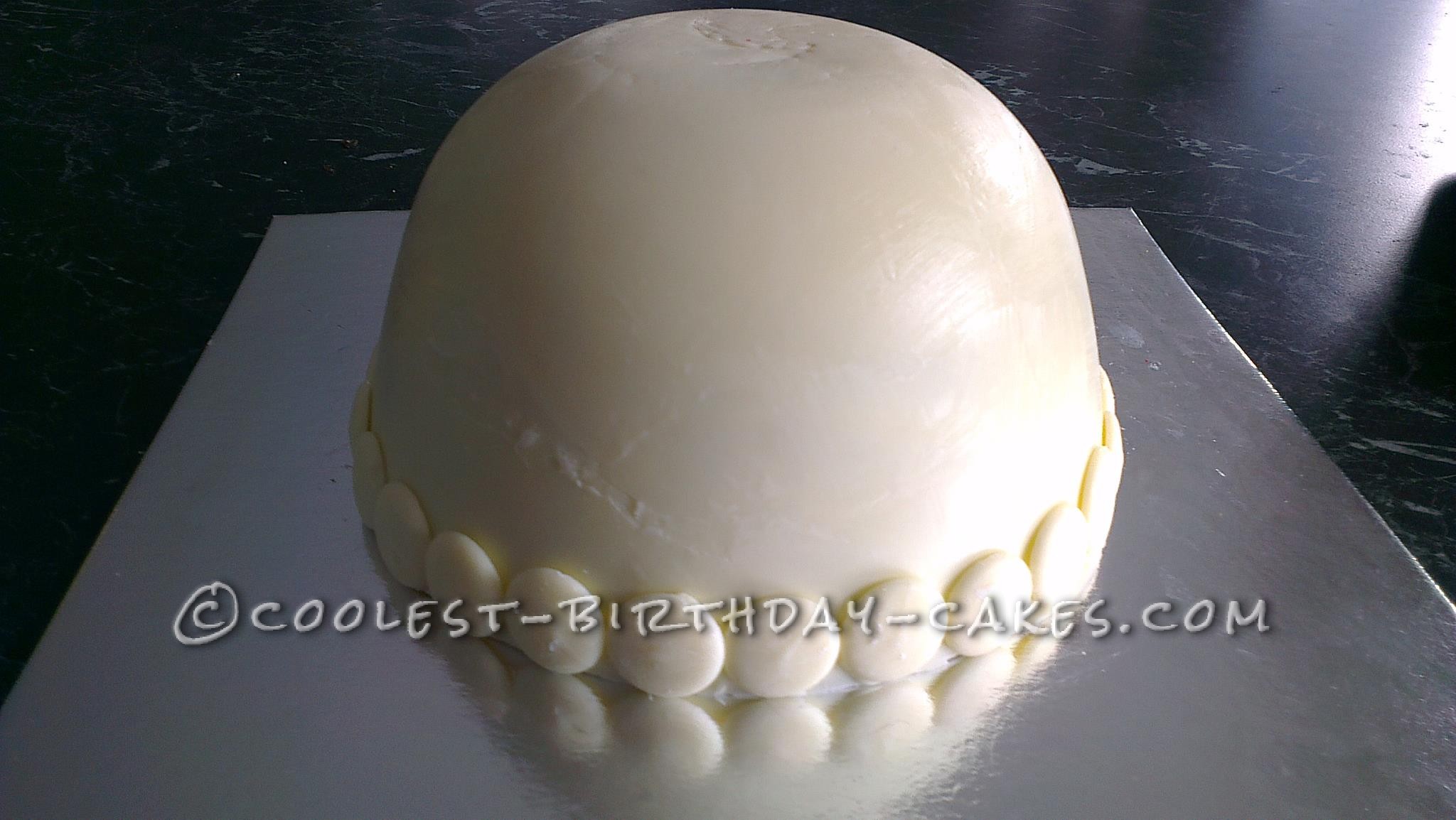