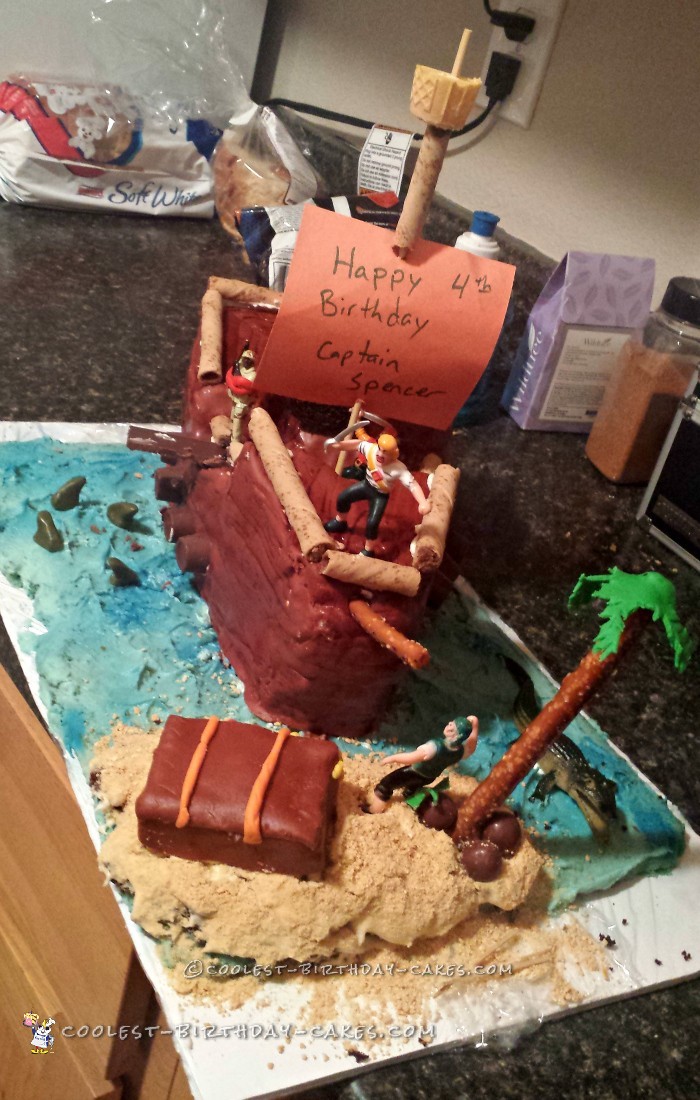 For my son’s 4th Birthday he wanted a pirate party so decided to make him a pirate ship cake set on the ocean with an island/treasure chest. Since it was my other son’s 2nd birthday as well, I had to be aware of size when creating the cake and be sure not to make way too much.

My son wanted a blue cake. His dad’s birthday was the previous month and I made him a red velvet cake, so my 4 year old decided he wanted blue which pretty much limited flavor to white for the purist blue cake.

This was my second decorative cake and everyone raved about how awesome it was.

On the invites I did for the kids I wrote in pirate jargon and made it look old by baking in coffee and crinkling and burning the edges. I delivered them in bottles.

The kids all had eye patches, bandanas, and little treasure chests to fill with the “buried treasure” from the table. 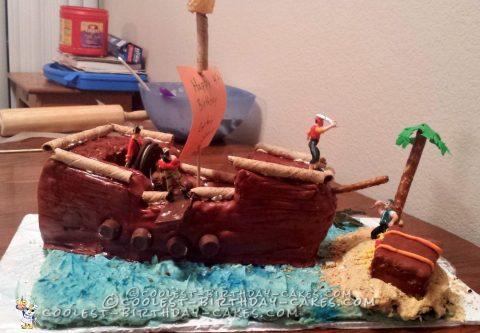 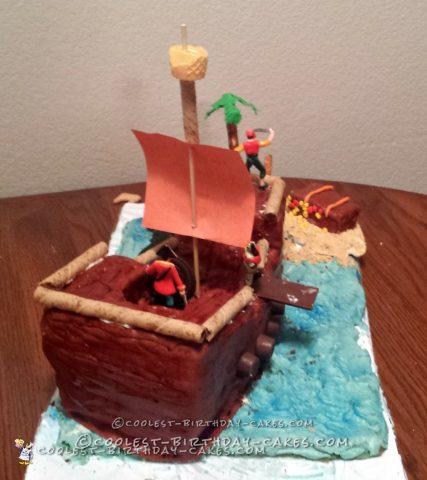 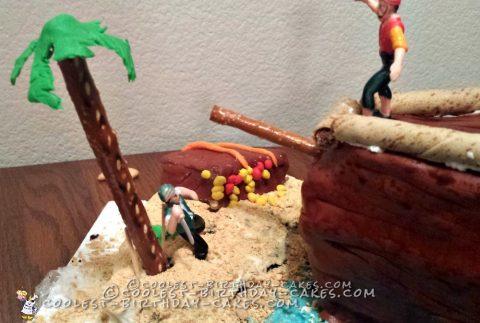 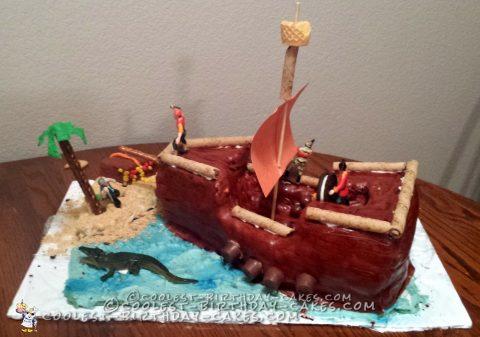 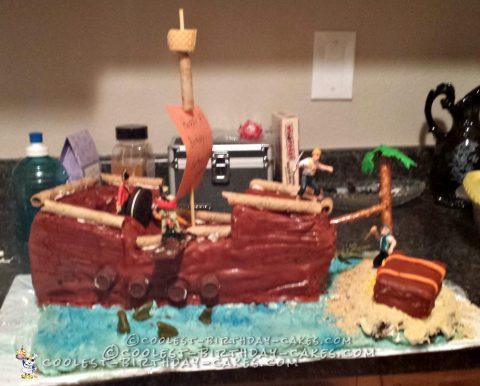 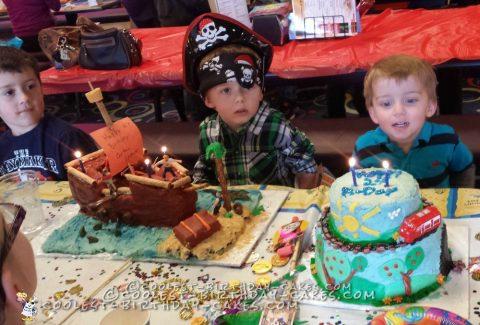