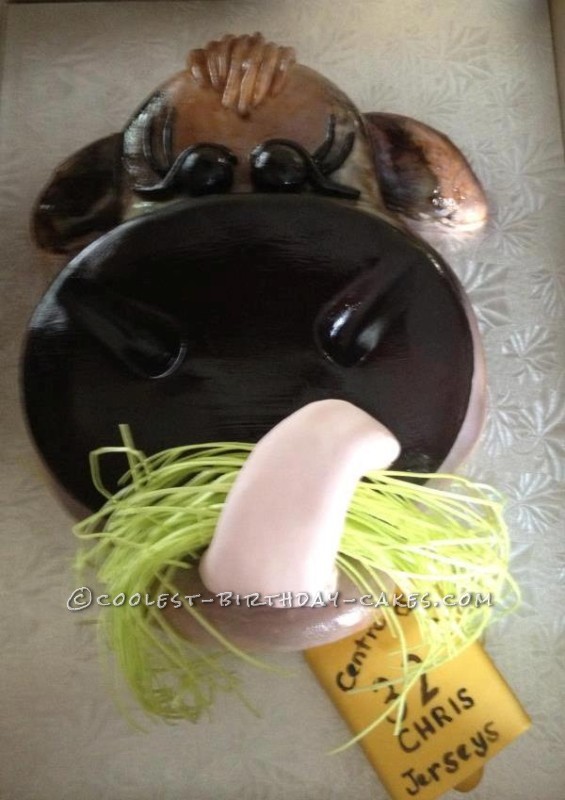 Holy Cow! That’s a cool cow birthday cake. This is a two layer cake made with two 6″ rounds for the top eye area and two 10″ rounds for the snout area. After crumb coating they were covered in tawny coloured fondant. I made an oval pancake of black fondant and placed it on the large side to be the nose and used my wooden dowel rolling pin to indent for the nostrils.

The ears and eyes are made of fondant. I used tinted piping gel to add the black colouring around the eyes and ears. The tongue was made from fondant and shaped to curl around the hay. The hay was store bought Easter  ‘nesting’ material I bought at the Bulk Barn in green. The bell was made from a krispie treat formed into a cow bell shape and covered in fondant with the lettering painted on with paint brush and tinted piping gel.