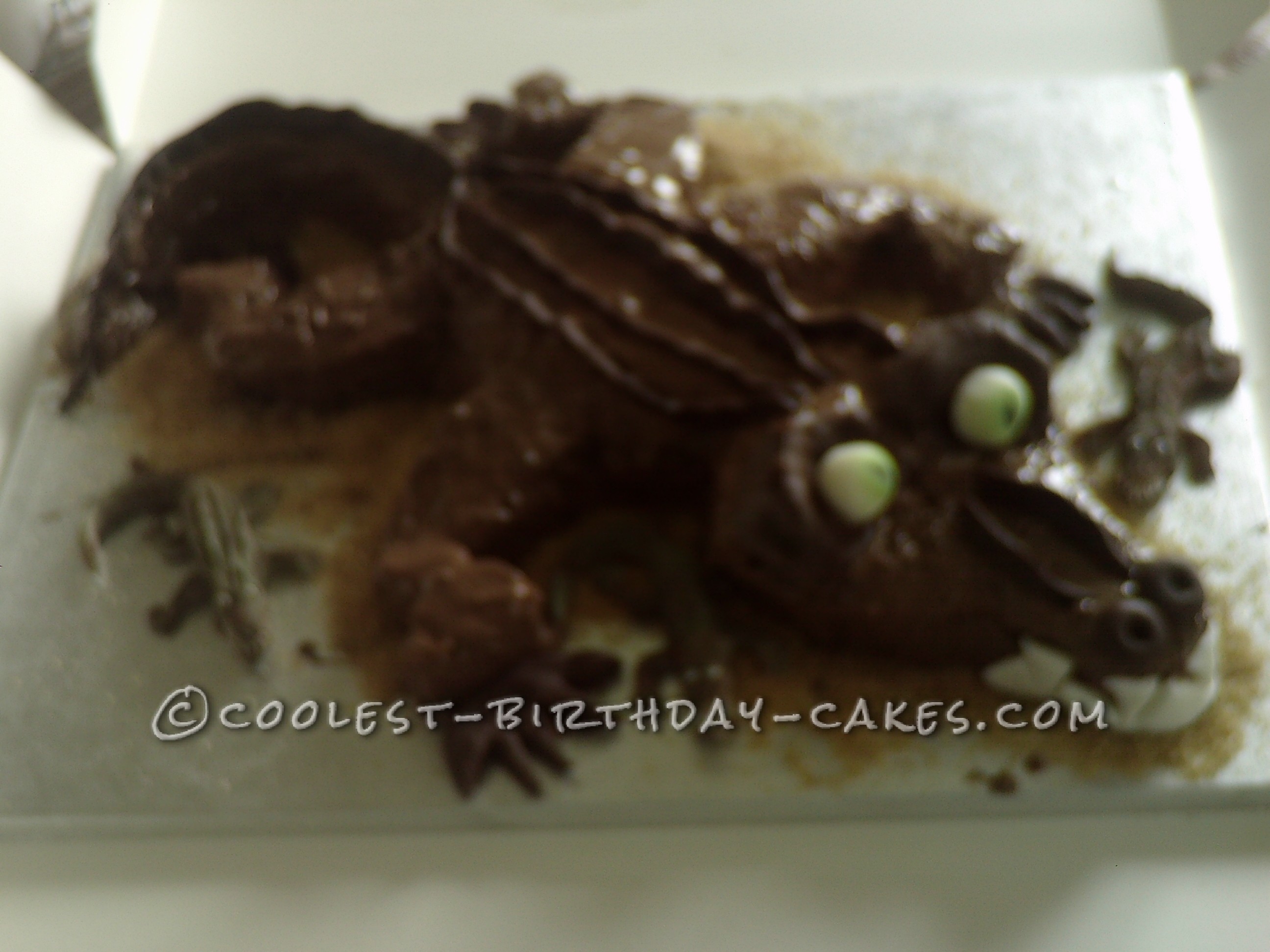 For his birthday my partner as a joke asked for a crocodile cake. I searched the internet for idea’s/inspiration and I came across this site and after looking at the other cakes
and write ups I got out my mixer and set to it.

He was gobsmacked when on his birthday he got a cake with a bit of bite. The cake was vanilla sponge and it was covered in galaxy chocolate. For the ridge detail I used modelling chocolate and I scattered demera sugar on to the board to look like sand. I made three little baby crocks out of icing. I used dusting powder for the detail and coloration on the baby crocodiles.

Everyone teased him about it and when he was asked why he wanted a crocodile cake he said that he was watching Gatorboys and the crocodiles looked cool.

Everyone had a slice and commented that if crocodiles tasted that good in real life they would have to eat them more often. 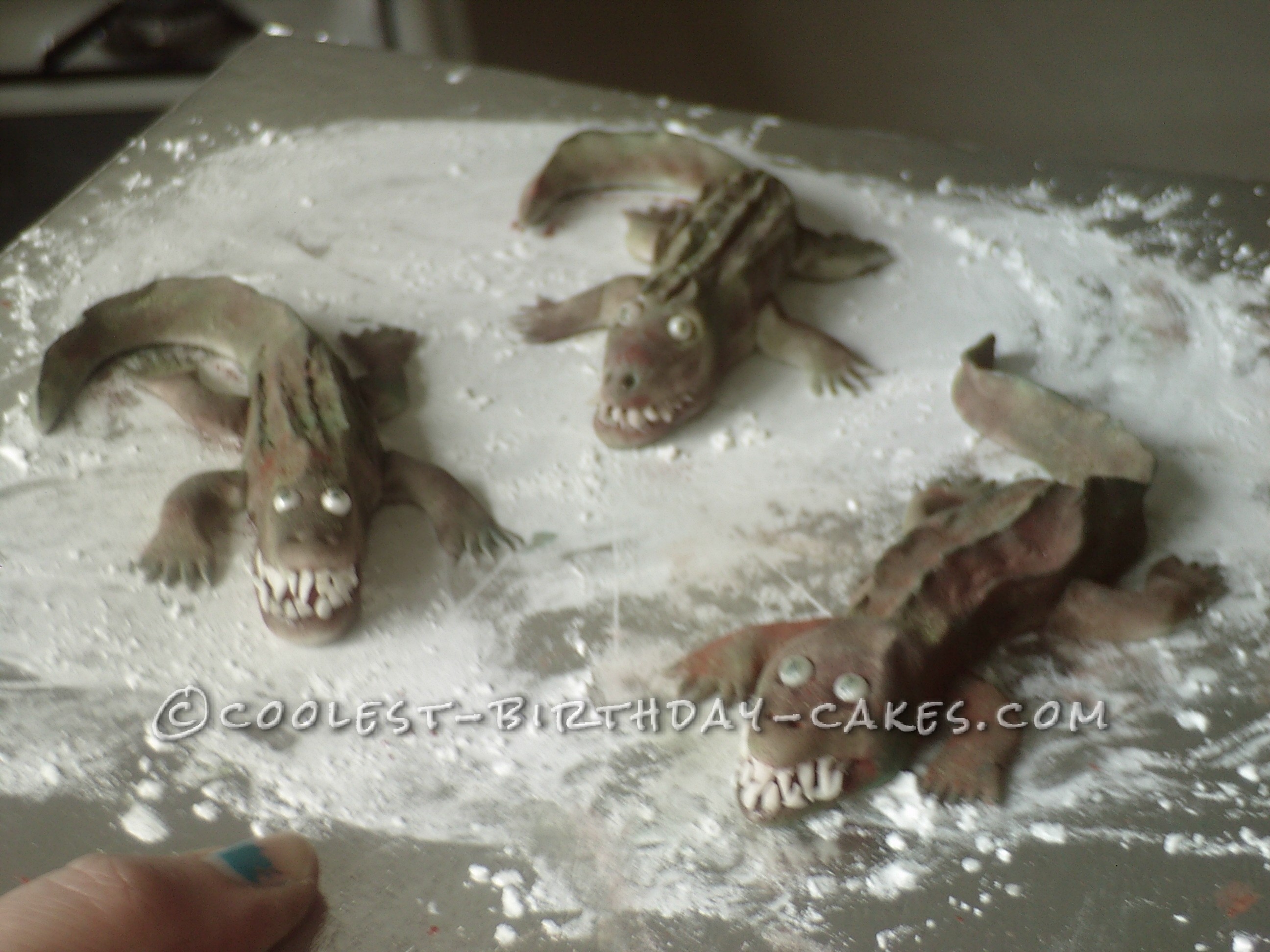