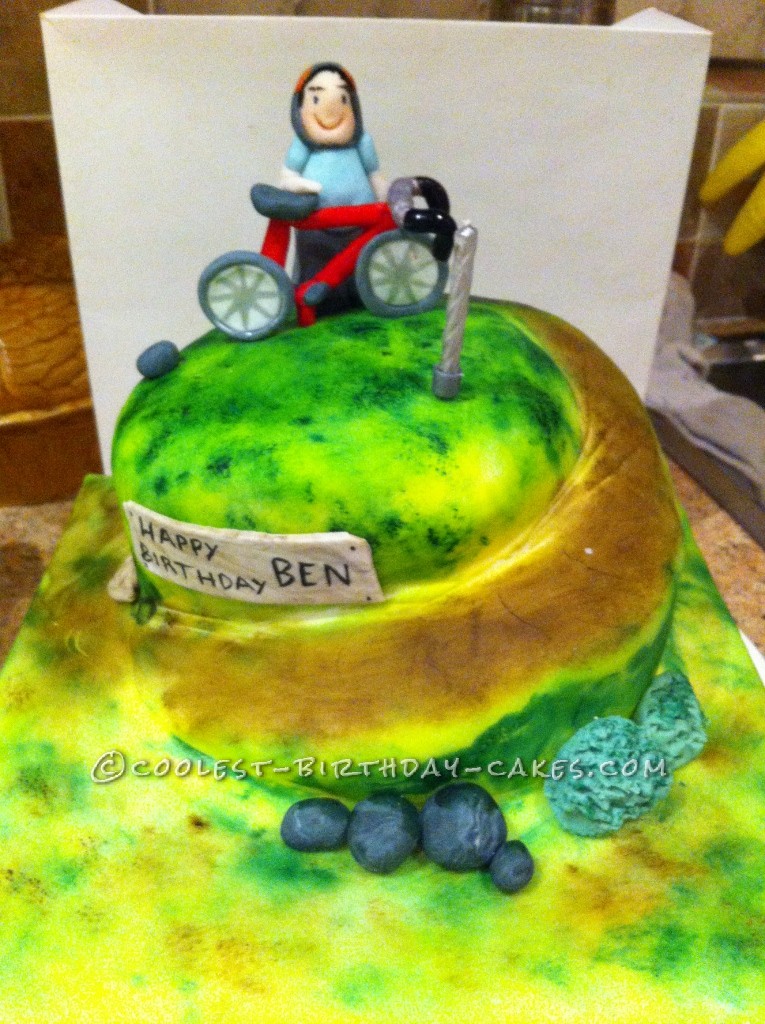 This Cycling cake I made for my son in law who’s birthday was in January. He got a new bike for Christmas and all the biking gear so I thought I’d make him a cake with a difference. I started by making the bike and the man.

I made a frame for the bike out of flower icing because it dries hard, and attached it to a cocktail stick so I could stand the bike up on the cake. I then cut out 2 large circles colored in dark grey, and then 2 smaller circles in white and attached these to the grey larger circles. I then made the saddle and the pedals and left these to dry out to attach later,when the frame of the bike is dry. I then painted it in red with the black handles. I then painted the spokes on the wheels, and then attached the seat and the peddles.

Next I made the legs of the man out of icing in dark blue, and made a t shirt in light blue. I attached some arms and made it look like he was holding onto the bike. I then attached a head and made a cycling helmet for him and colored the hair on when it was dry with food coloring paste.

While these were drying out I made a 9″ round cake and when it was cooled I filled with jam and butter cream. There were 3 layers to this cake. I chilled it slightly so it was easier to carve the shape of the hill. I carved a road going around the cake  and then covered the whole cake in butter cream and placed in the freezer to chill. I then covered the whole cake in white icing including the cake board. I then mixed some brown and 2 different greens in a little pure alcohol, this doesn’t leave the cake wet because the alcohol evaporates, then with a piece of sponge I sponged the color all over the cake  adding the colors where needed. I then made rocks out of the left over grey icing and made some greenery.

I then made a flat piece of icing out of flower paste which had been marbled with a brown color and painted happy birthday onto it and this was attached to the side of the cake. Finally I attached the man and the bike to the top of the cake.

Hope he liked it! 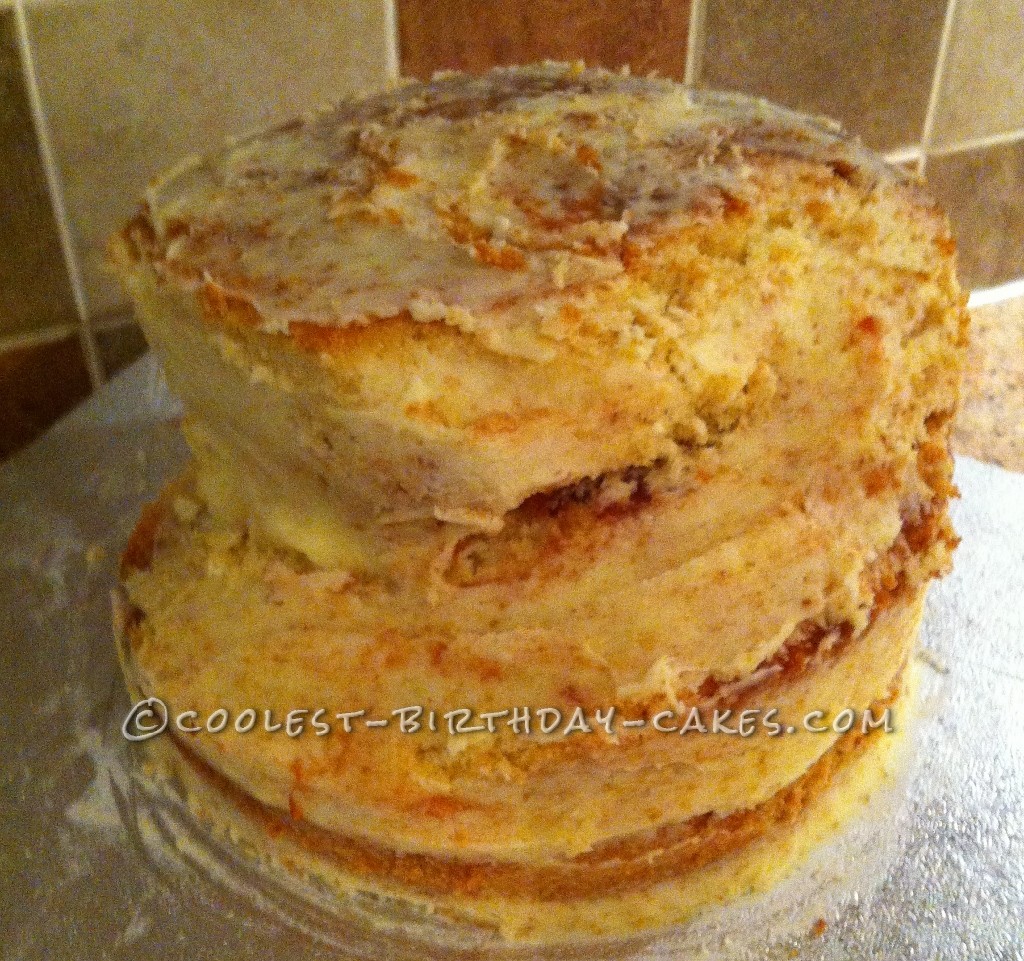 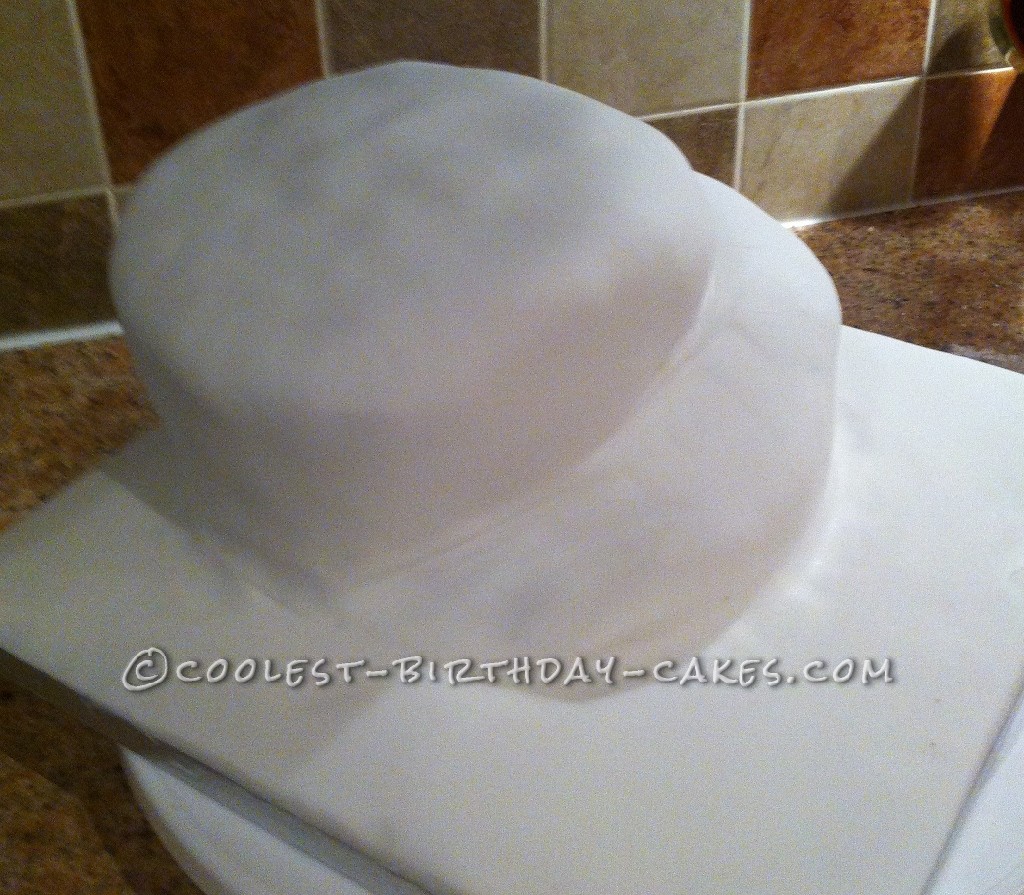 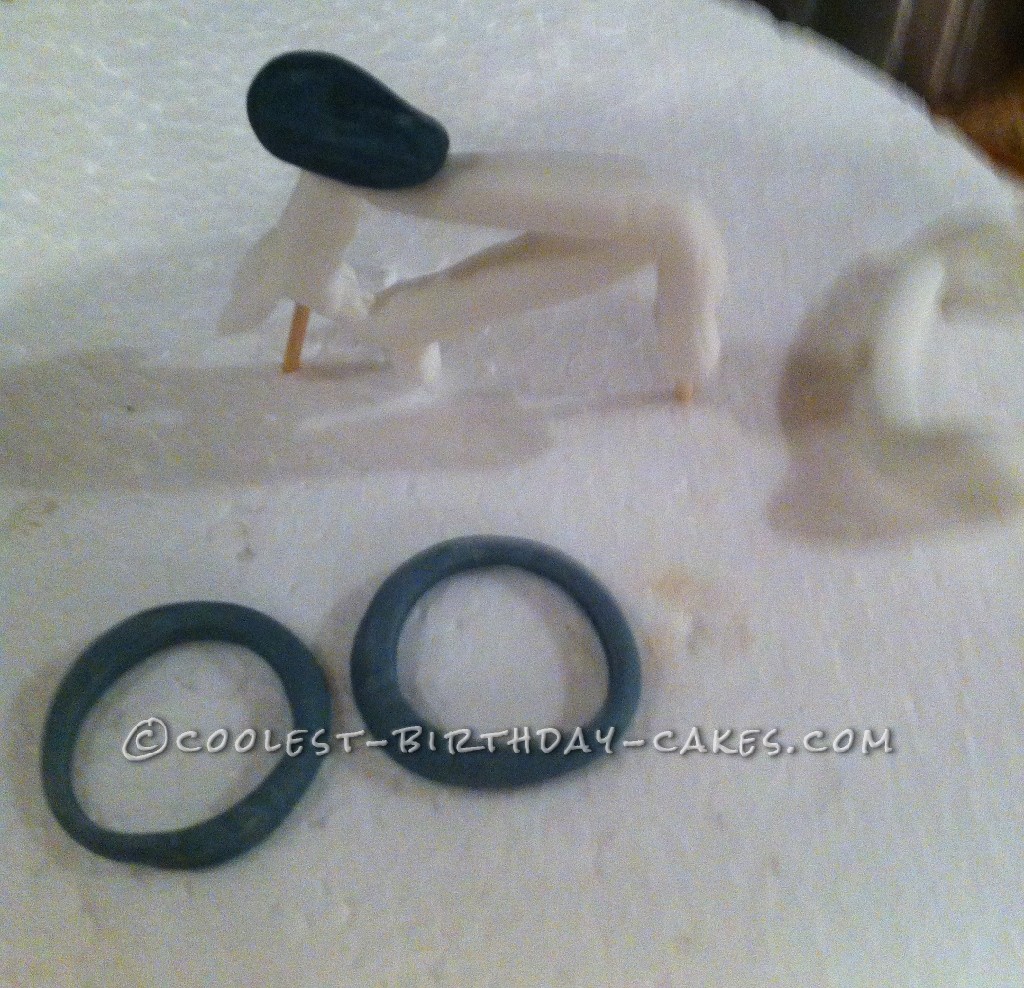 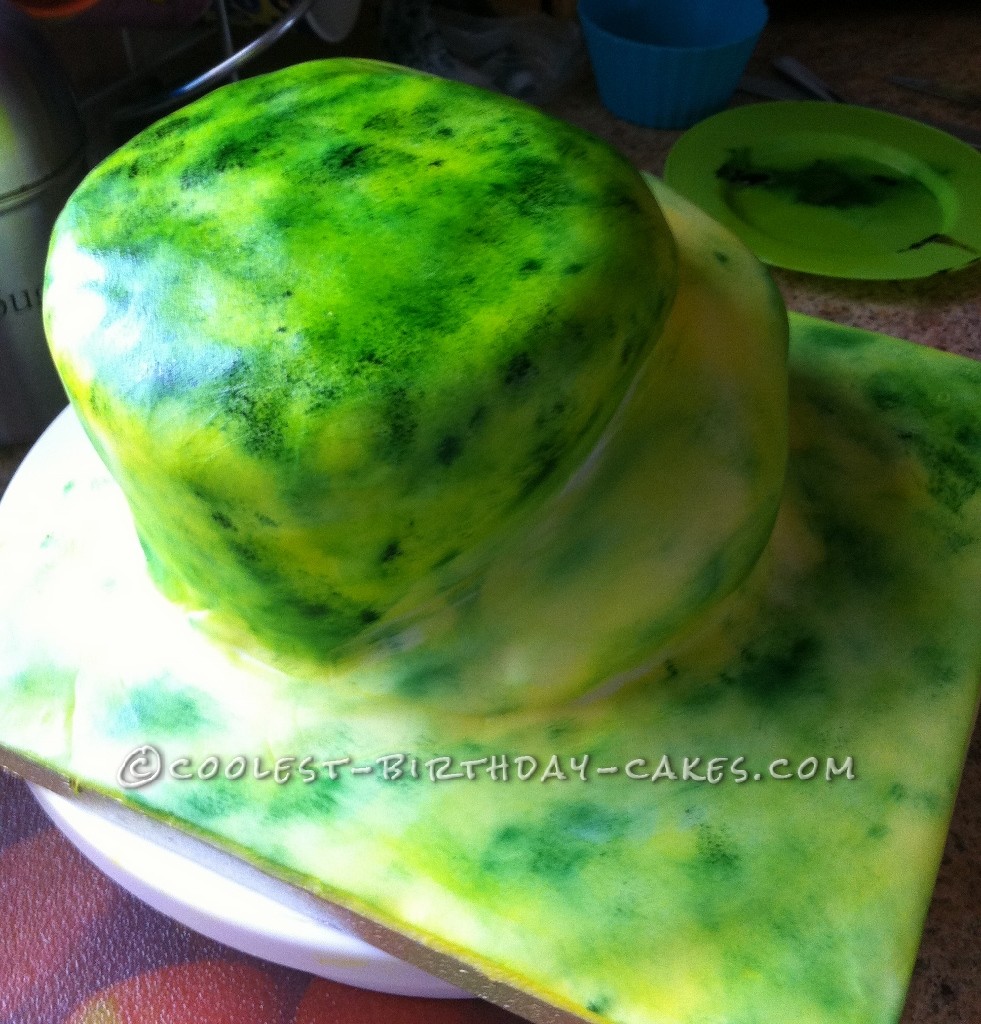