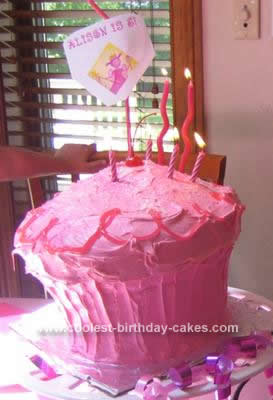 I made this Giant Pink Cupcake Cake when my daughter asked for a party based on her favorite book, “Pinkalicious.” Pink Cupcakes are the theme of this book so I baked four 9 inch round cakes.

I stacked three on top of each other with pink frosting in between and then froze the stack. Once frozen I carefully cut away the sides to form the angle of a cupcake’s sides. The last round cake I just put as is on top. Then back in the freezer. I think it’s much easier to frost a frozen cake then a non-frozen one. Then I frosted the cake in two different pinks and used a frosting knife to ad the look of a cupcake liner around the lower portion. Then I put a cherry on top, sprinkles and red spirals along the edge to copy the cupcake in the book. 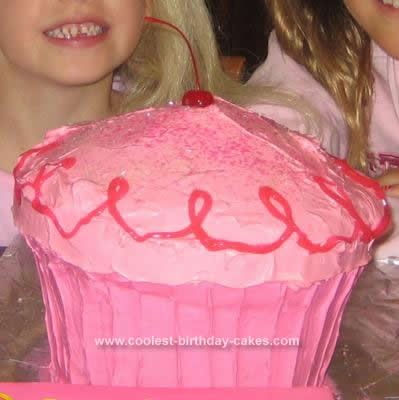