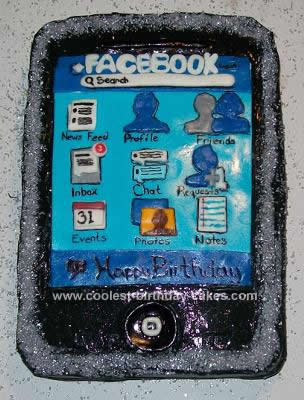 This IPOD Touch Birthday Cake is a cake that I created for a friend of a friend. It was a two layer vanilla cake with cream cheese icing and a cherry filling. Although the icing was black, it was a really good, home- made cream cheese icing that tasted great. I used marshmallow fondant to create the screen on the iPod. It took my sister and I over 4 hours to create all of the little icons.

This was so much fun and turned out to look much better than I thought that it would. This was my first time using the marshmallow fondant. It was easy to color and very easy to work with. Not to mention, it tastes much better than the rolling fondant recipe that uses shortening.

This cake was so cute, that I did not want to turn it over to the person that I originally made it for! It received rave reviews. 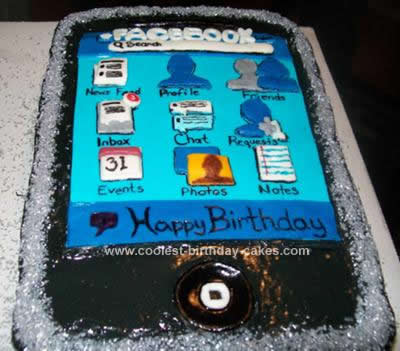 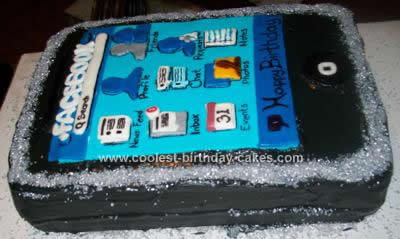