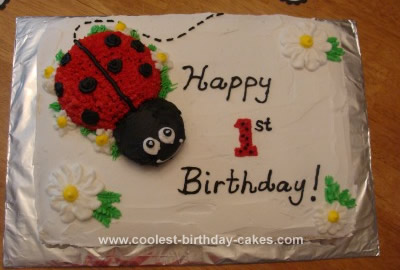 I had so much fun making this adorable Homemade Ladybug Birthday Cake for my daughter’s first birthday. It is an 11×15 white cake (2 cake mixes) baked in a Wilton Decorator Preferred pan. After transferring the cake to a cake board, I iced the cake using the Wilton recipe pure white icing.

The ladybug is made of chocolate cake. The body was baked in a small pyrex bowl and turned upside down on the cake to create the dome shape. The head was baked in a rameken and placed on right side up. I cut a little curve on the back of the head so it would fit nicely against the body. I also trimmed a little off the bottom of each piece to get the right height. These were iced using tinted decorator icing.

The ladybug is star tipped. I also created a smash cake using a rameken and iced it in white and piped a daisy on top along with a tiny ladybug. I used the grass tip to create a border of grass along the bottom of the smash cake. I used the same tip to accent the large ladybug on the main cake. I also decorated cupcakes with the same daisy that is on the cake. 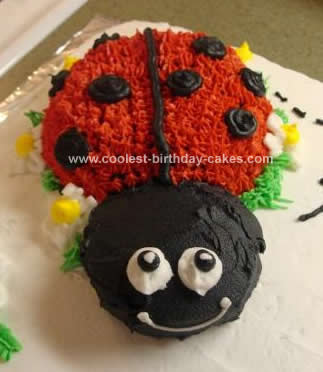 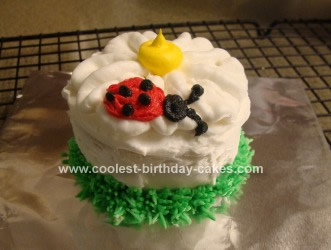 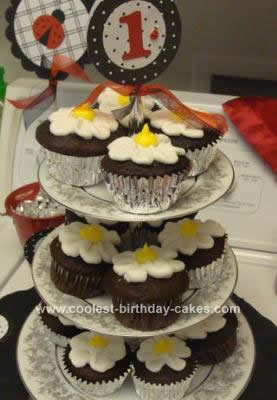