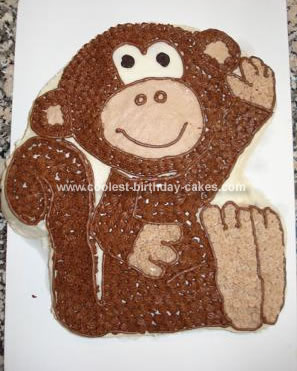 This monkey cake was for a first birthday party for a friend’s son, and the theme was monkeys. I used a Wilton monkey shaped cake pan for this.

I actually piped the remaining outline in chocolate at the end to help define the different areas. The eyes I left white, but used black icing gel to make the eyes.

I thought it turned out really well and everyone at the party really liked it.