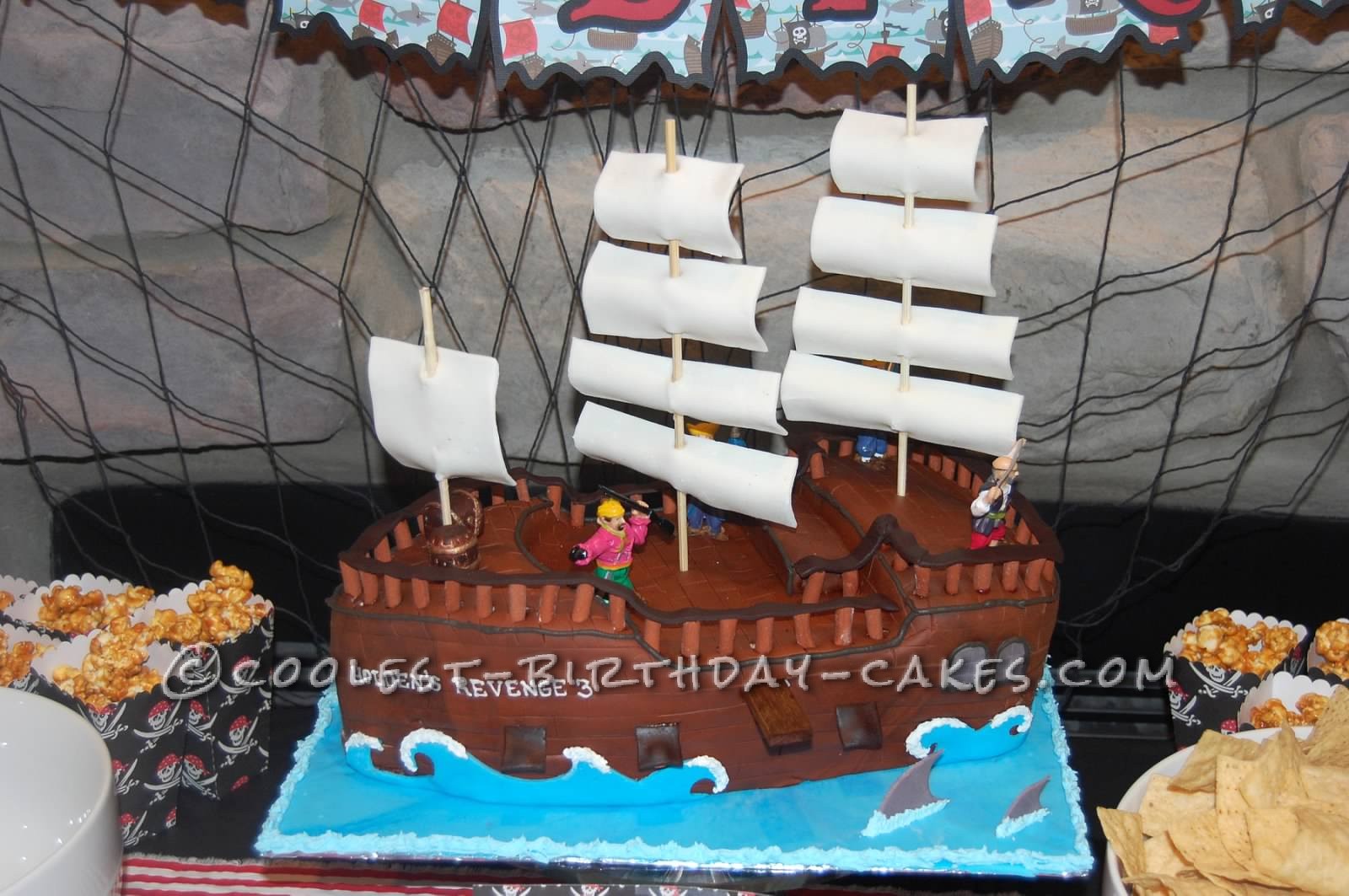 My son has been fascinated with pirates ever since he saw the Pirates of the Carribean movies on TV.  Though he was too young to understand all that pirate jargon he was fascinated.  The boat, swords, eye patches, tattoos were so cool. So when it came time to plan his third birthday party what did he want, PIRATES!

I took to the internet to search some amazing cake ideas with him. There were lots of cool skull and bones cakes, some had some loot, and lots had treasure maps.  So in my mind I’m thinking this will be one of the easiest cakes to make. Couple tiers with pirate stuff right, no. My son wanted a pirate ship, not a cake topper pirate ship, a pirate ship. Also, not just any ship, it had to have treasure, pirates, sails, waves, etc. I started the research for the cake three months ahead of time and thought piece of cake.

The cake was white cake with a butter cream and raspberry filling and was about 4 inches high. I made the cake and filled it and then carved out a boat shape. I then made some marshmallow fondant and covered the cake in brown. I then cut lines in the cakes to resemble planks on board. I also made the railing and decorations that adorned the cake out of fondant. The only thing on my cake that was fake were the pirates. Lack of skill and time kept me from them.

The sails were a little tricky, they were made out of fondant and left out to dry in the curved shape. I ran skewers through them and hoped they would dry and stay in the positions I left them.  They didn’t and I had to use some royal icing at the top and bottom of each sail and I prayed they would last through the party. They made it!

Lastly I made some shark fins to put in the water and then also made waves. I piped “Holden’s Revenge 3” on the side and also put white caps on the waves. I also made a treasure chest and barrel to put at the front of the ship. There were three cannon areas and of course a plank for those naughty pirates. The cannons later served as the place for the candles. It looked so neat all lit up for the birthday boy.

I got some great reactions from family and friends but the one that meant the most was the huge smile my son had when he saw the cake. He noticed every detail and loved it when we lit the cannons (candles).  He had a great birthday and I even got some business after I did this cake. I impressed my friends, my family, my husband, and even myself.  The hardest part is making every cake better since this one.  My kids don’t have family where we live so parties are really important to me and their cake has always been the focal point. I never want them to feel like they missed out because they don’t have family to celebrate with so I try to challenge myself and do something new on each cake.  I love baking and being creative and this gives me so much joy to bring happiness to my children. I hope you enjoy my cake as much as I did. 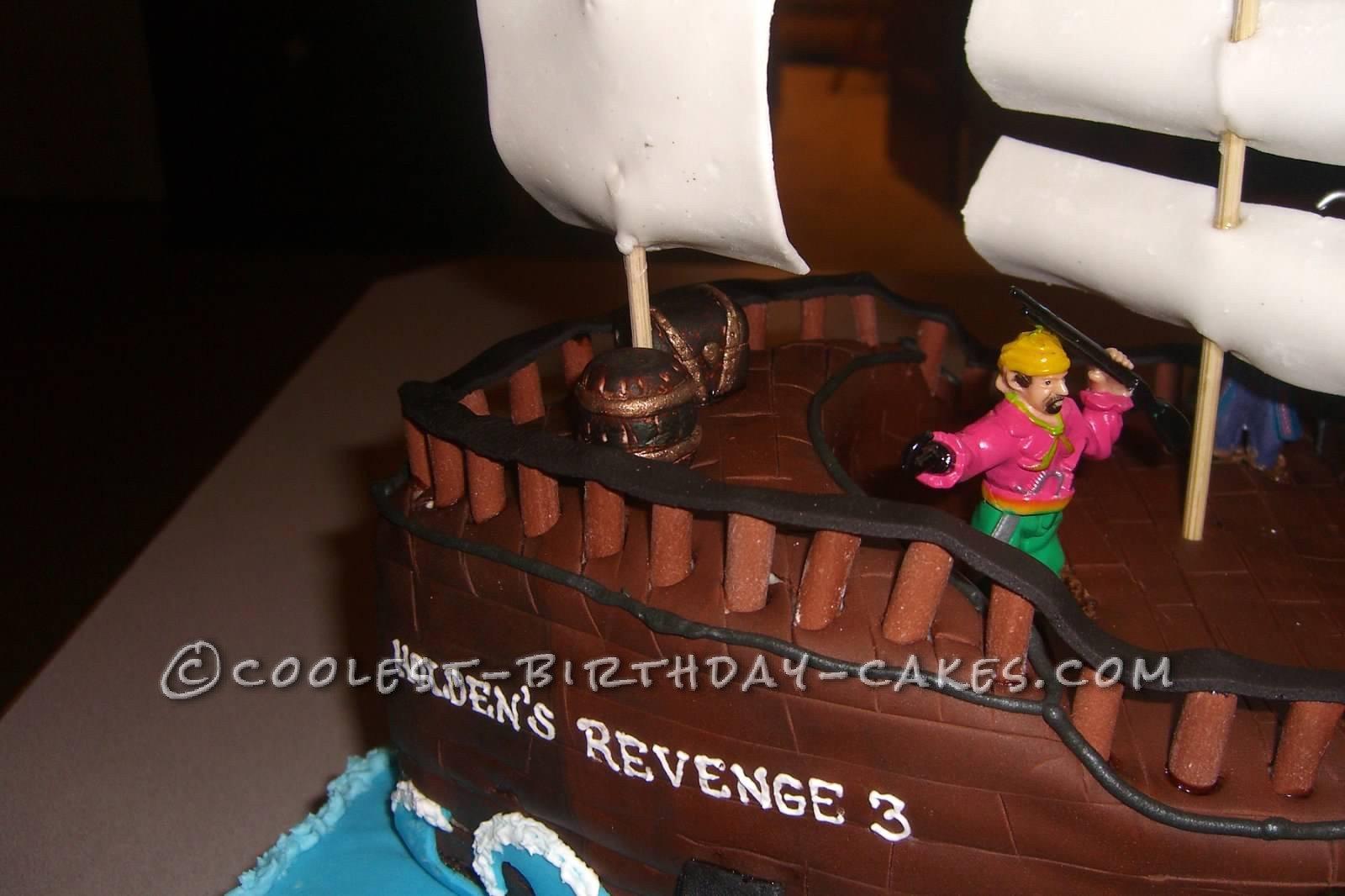 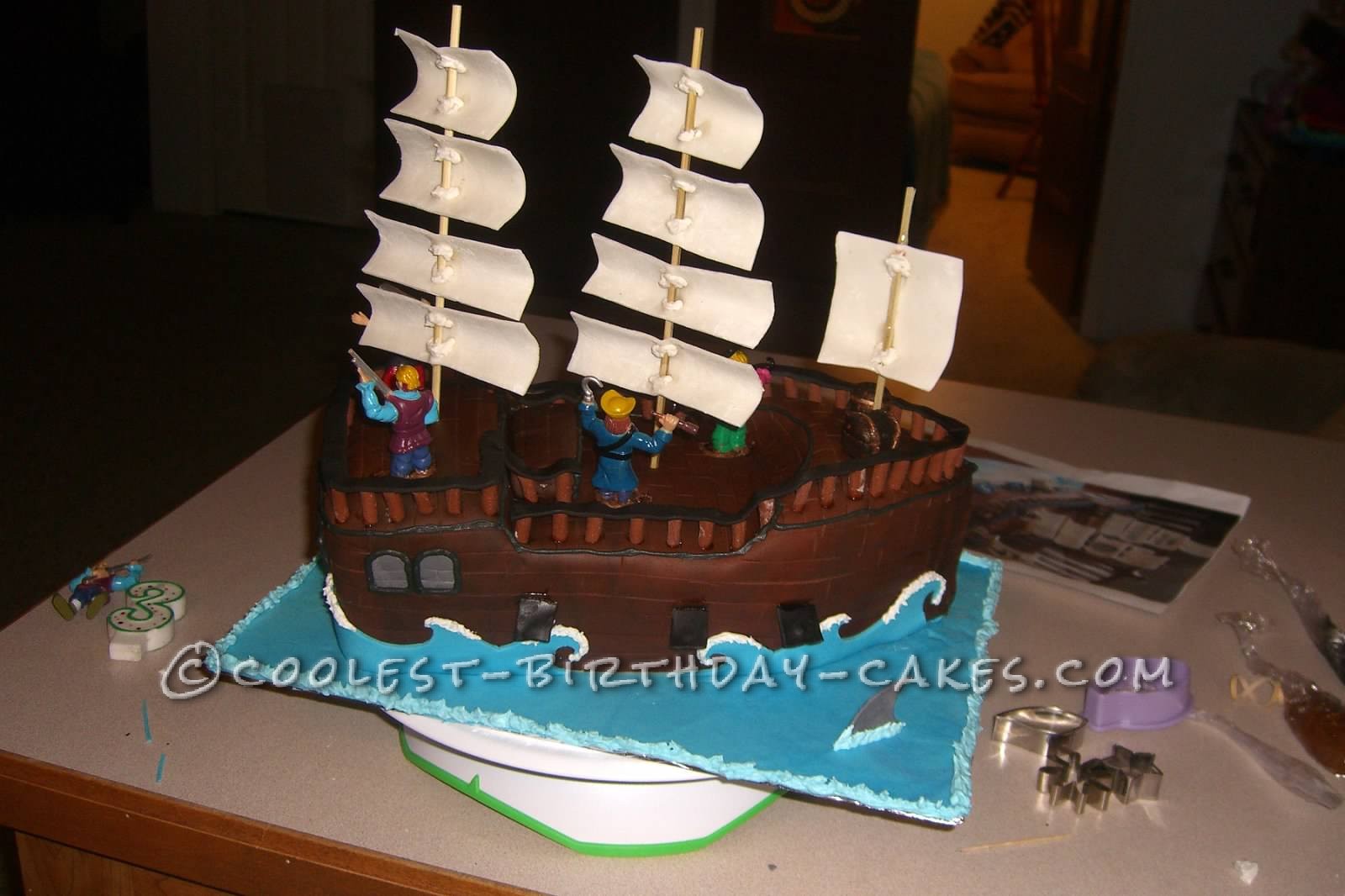 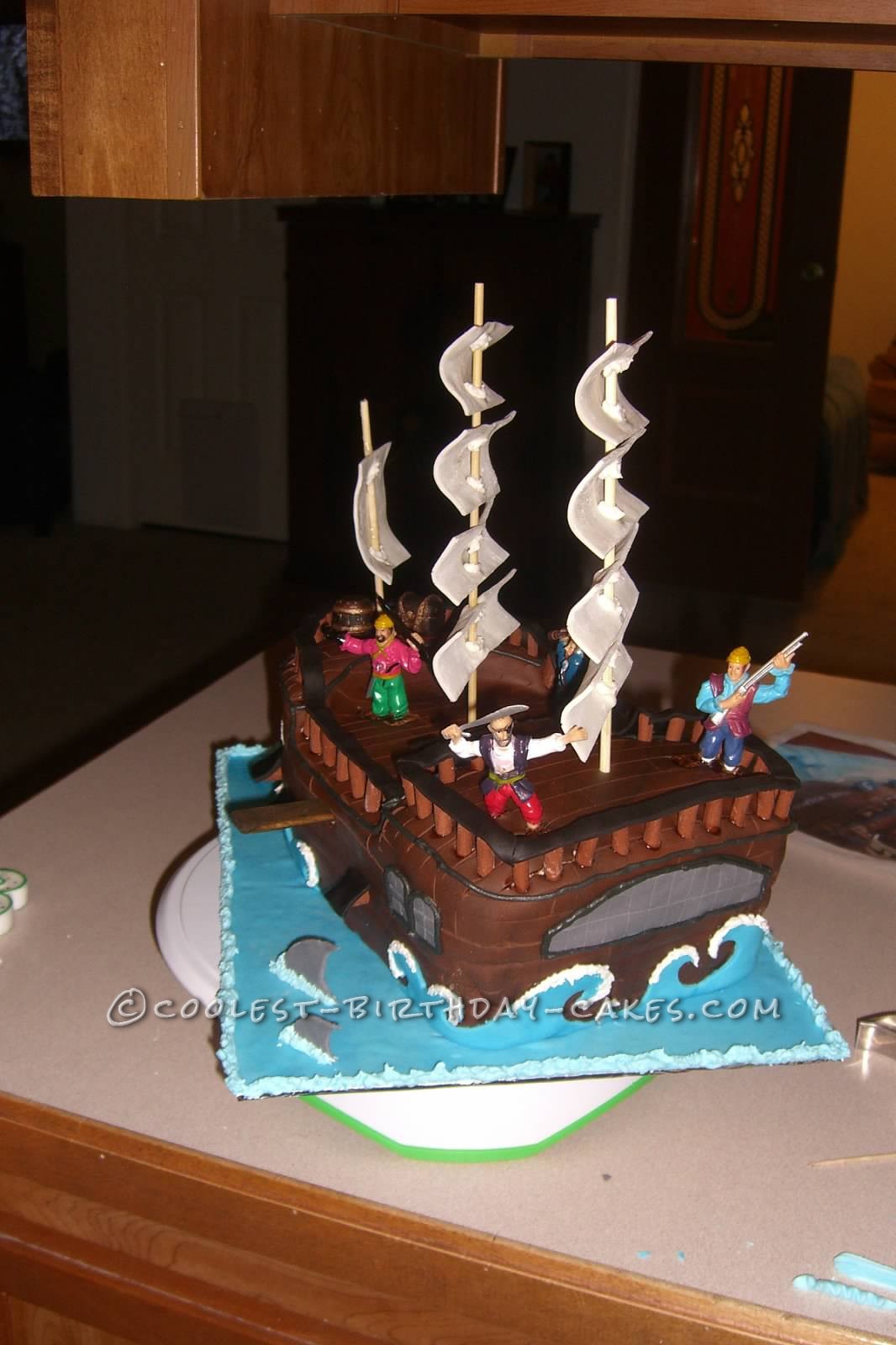 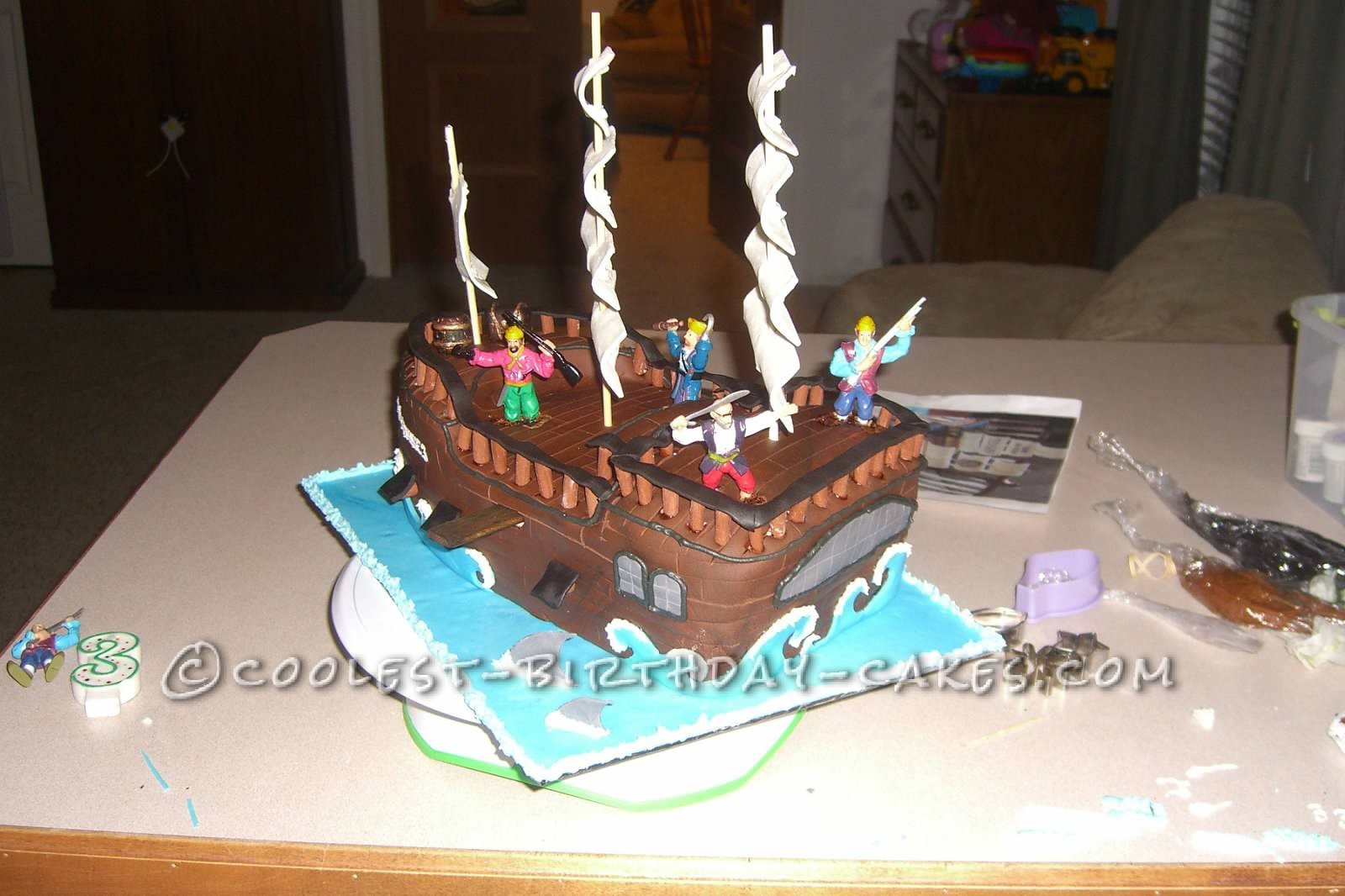 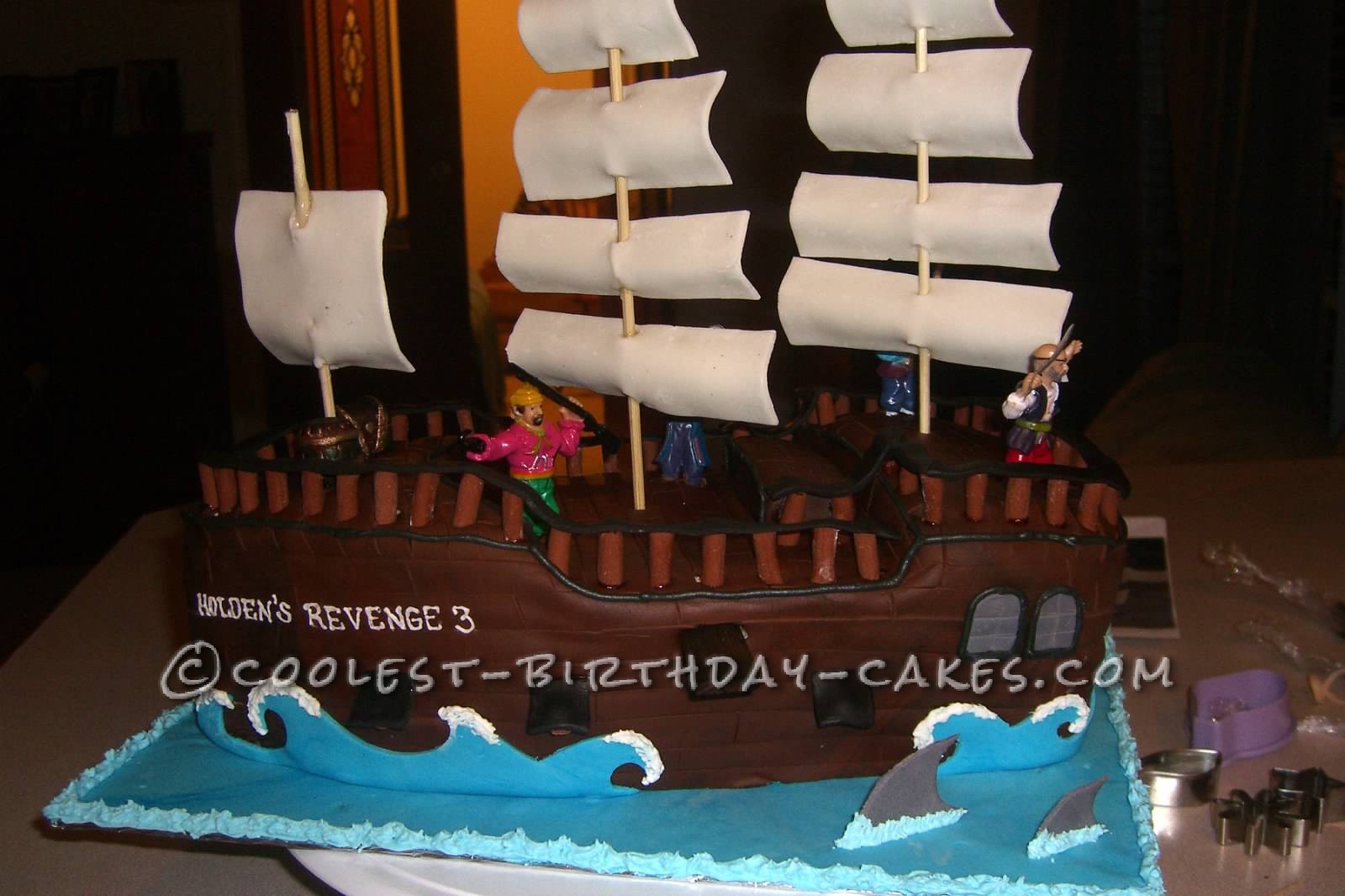 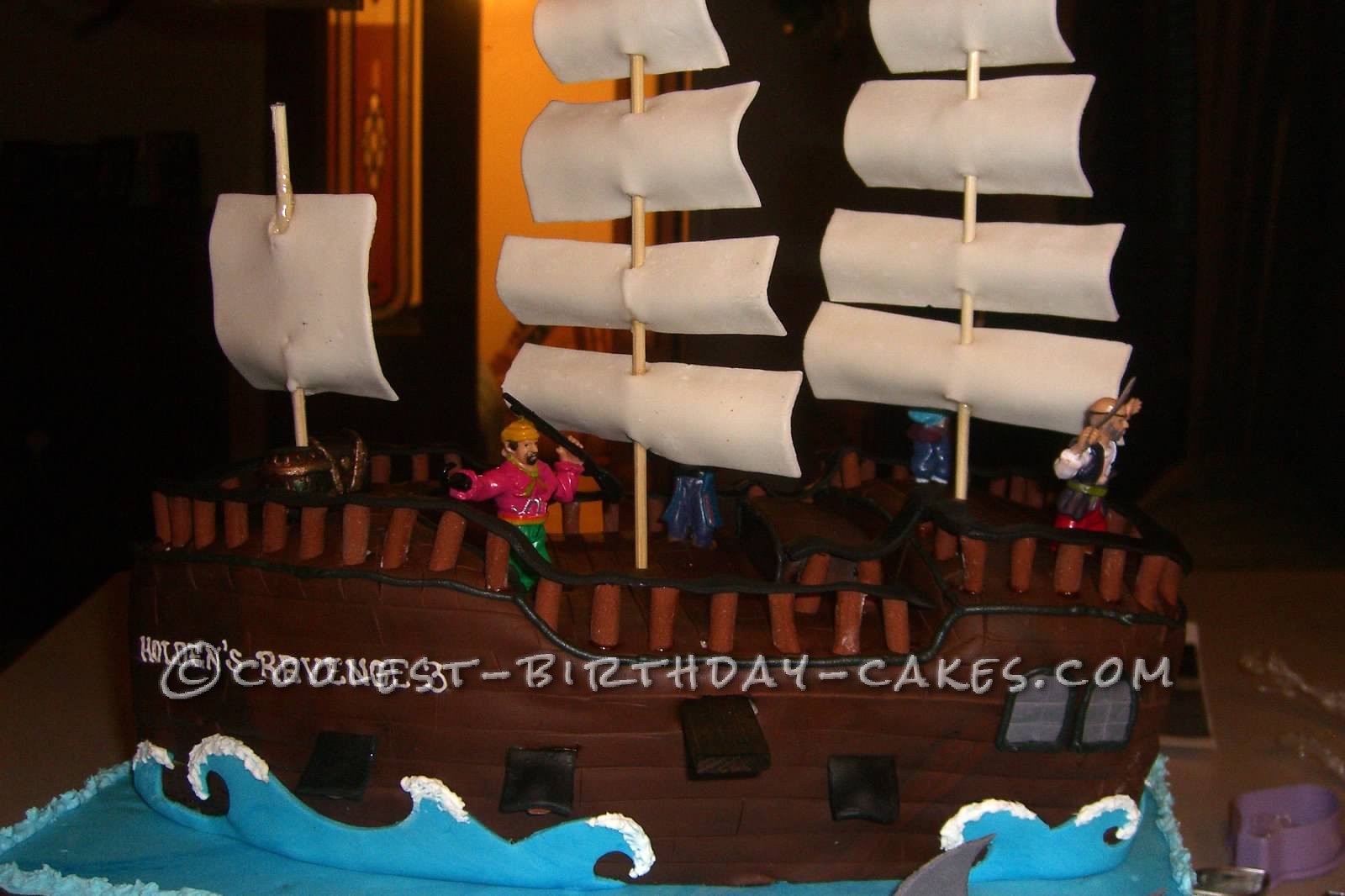 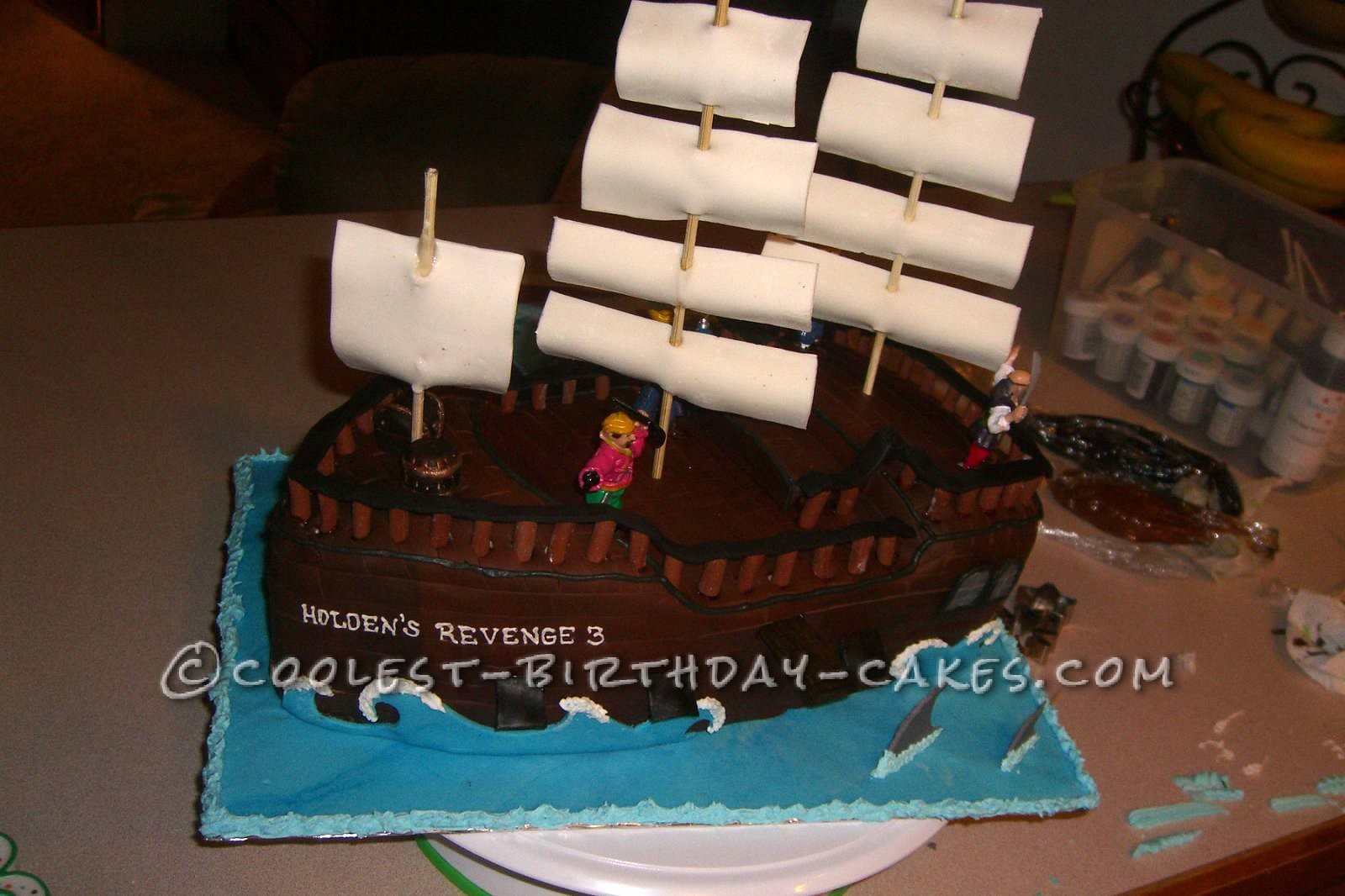