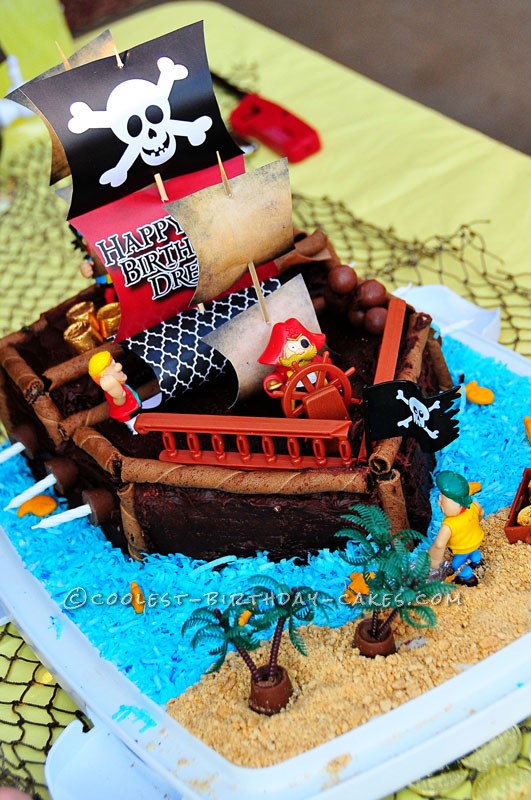 My son wanted a pirate party for his 6 year old birthday party.  It was such a fun theme to work with!  I wanted a pirate ship birthday cake but was scared to death to tackle something like this!  I baked two 9×13 pan cakes.  I started out with one of the cakes and before icing I cut the corners off forming a point that resembled a ship.  I used the second cake and cut off the end and stacked so that it gave height to the back of the ship.

I then iced it with chocolate icing and used my icing knife I made the icing look like wood planks.  Next I added some of the chocolate wafer Piroette cookies along the edge.  One of my friends had a pirate ship play set that she let me borrow that was the perfect size so I added the pirate characters.  I stacked some whoppers to resemble cannonballs and put Rolos on the side of of the ship and stuck candles in each one to look like cannons.

Around the cake I decorated the cake pan with coconut that I dyed blue to resemble ocean water and then crushed Nilla waffers to make it look like a sandy beach on one end. I used some of the Rolos that I left wrapped as treasure on the back of the ship and also to hold the trees up on the “beach”.   And had a little treasure chest opened on the beach.  Then I designed some pirate flags that matched his invitation and stuck them on to long skewers.  Last I added a few goldfish to the water to top it off!

My son LOVED it and got a really big kick out of lighting and blowing out the cannons!

It was actually a pretty easy cake!  My one issue I ran into is that after cutting into and dispersing it out, it didn’t serve as many people as I had anticipated. Luckily we made it stretch but there was nothing left so I would have iced my left over cake that I had cut off so that I could have some extra slices available. 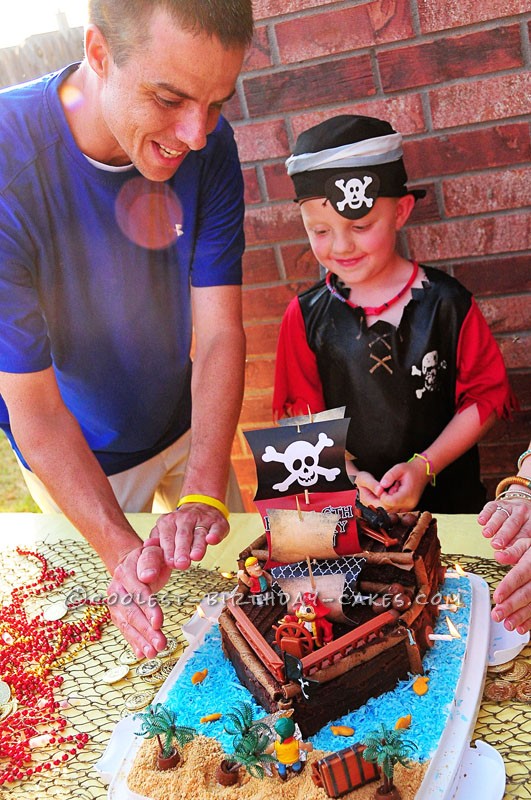 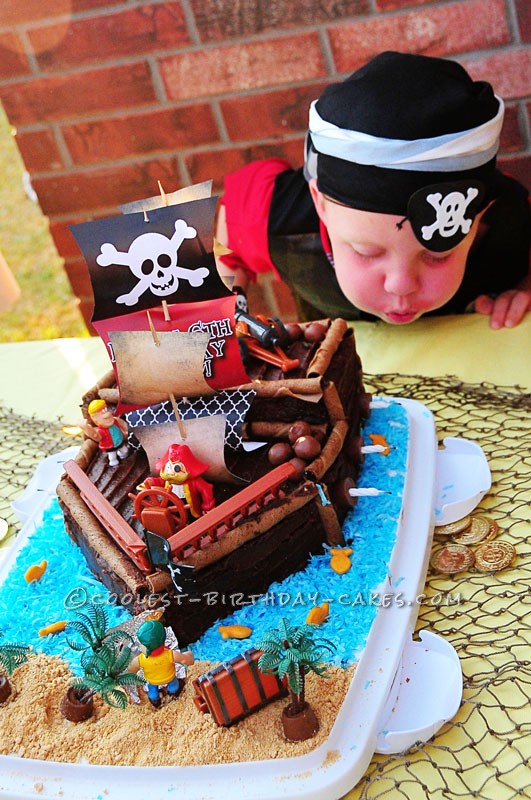 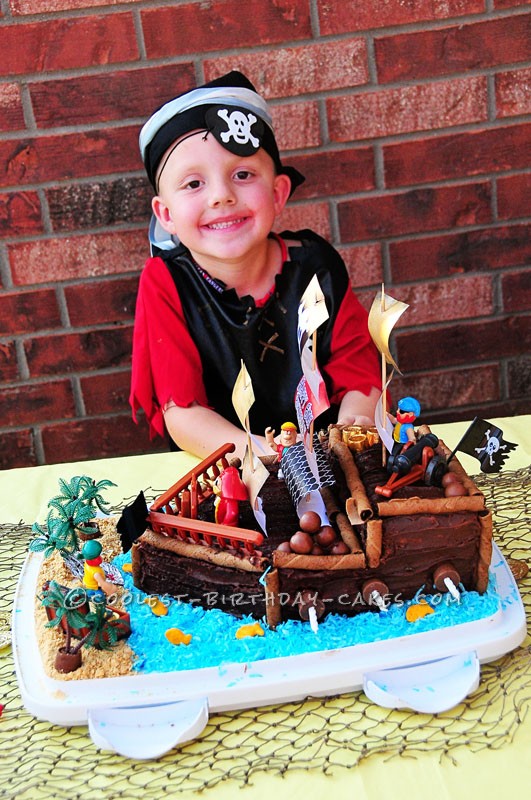 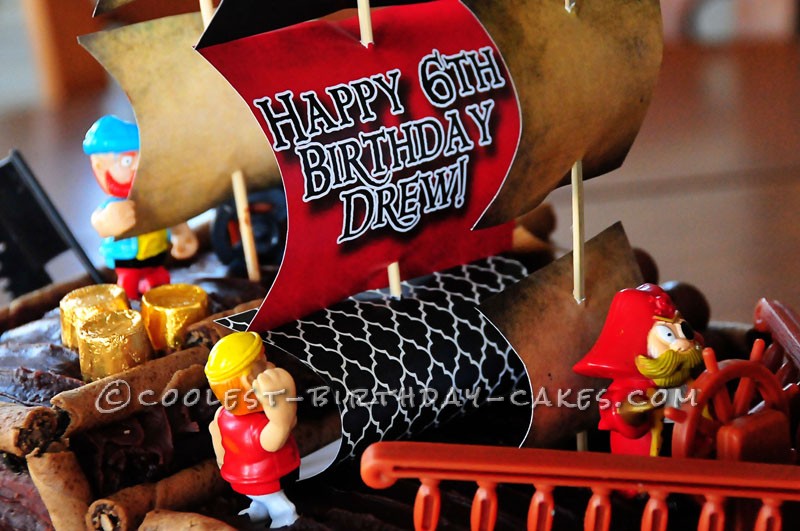 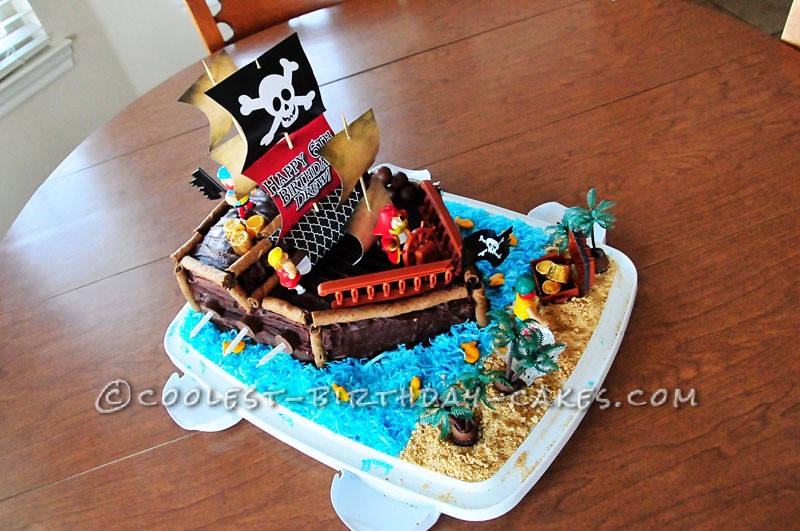