This is the third time I have made a snake cake for my son’s birthday. The first two times I went the route of the bundt cake. This time I made two 19 by 13 sheet cakes and cut one in the shape of a snake. I placed the snake on top of the other cake and began decorating.

I frosted the bottom cake with chocolate frosting and covered it with finely copped, chocolate Oreos in order to look like dirt. Then I commenced the dubious task of decorating the snake with a number 21 star tip for the white scales and a number 18 star tip for the yellow scales. Prior to decorating the snake I added some of the cake I had cut away underneath a couple parts of the snake in order to give it more depth. I simply used red m & m’s for the eyes and eventually added a tongue by cutting off a piece of a fruit roll up.  Finally I added some green icing underneath the snake to make it appear as though it was moving through grass. 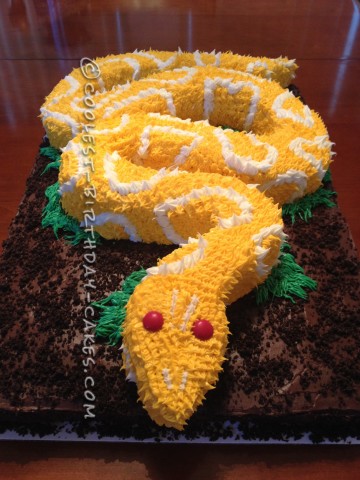 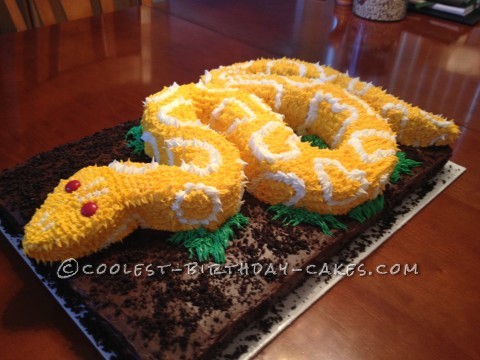