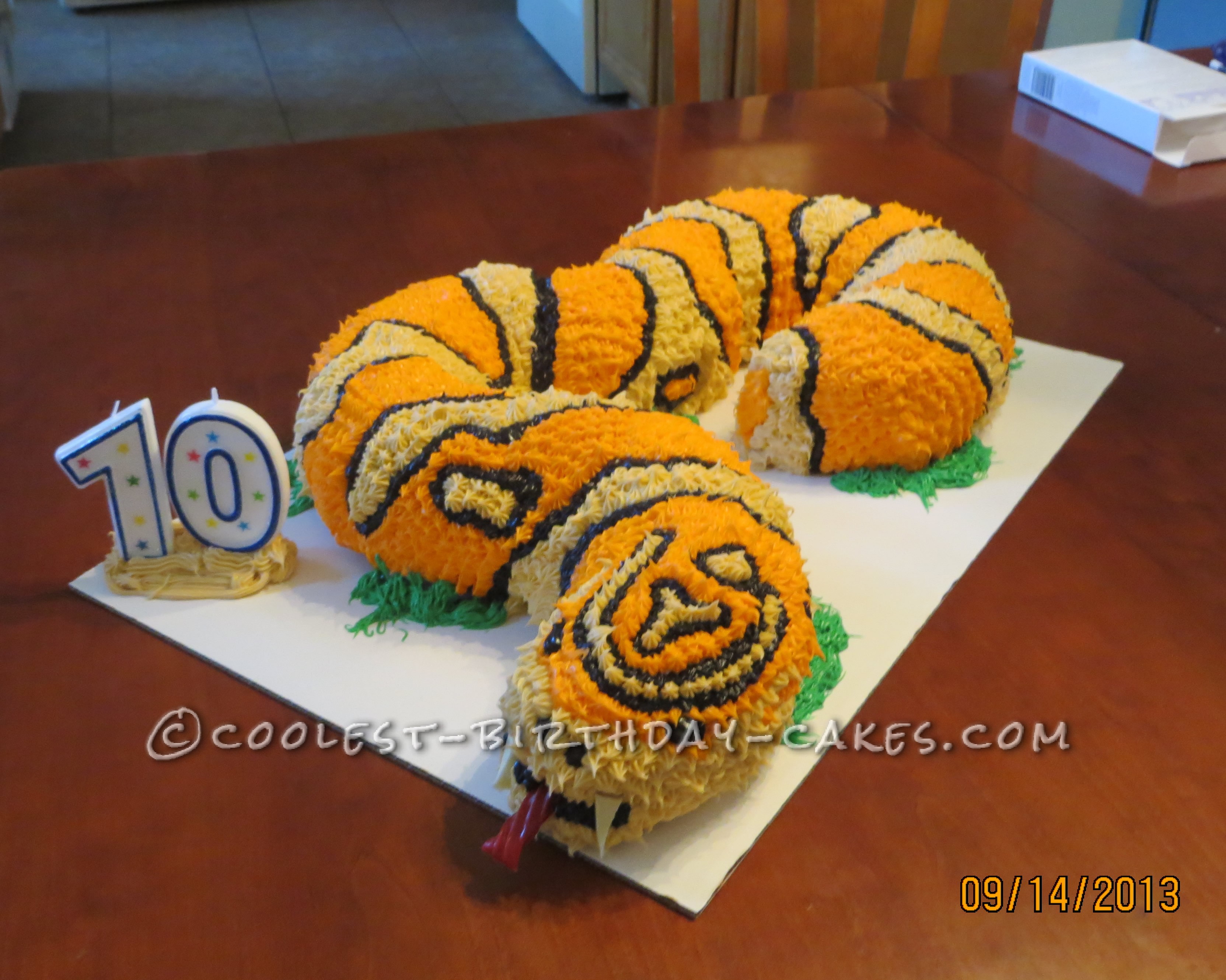 For my son’s 6th birthday I made him a snake cake. That was the first decorative cake I had made ever.  It was about 3 feet long and decorated with a star tip that took longer than I ever knew it would take. I have since made numerous decorative cakes for both my sons and other family and friends. Four years later, for his 10th birthday my son wanted another snake cake, but this time he asked that I give it the same color and markings as his pet snake. The first snake cake was just brown with no significant markings.

So I decided to make it a bit shorter as to save the pain in my back from decorating it with the star tip again. After taking pictures of his pet snake I took on the task of making the snake.  I baked two cakes in bundt cake pans. One chocolate and one white. Ironically and without thinking about it, I used the chocolate cake as the tail part of the snake. While the original snake cake was long, I wanted this one to fit on a 13 by 19 inch sheet. So I cut the cakes multiple times and arranged them on the sheet to form a twisting snake.

I glued the pieces together with frosting, shaped the nose and tail by cutting off some of the cake and put on a crumb coat. Then, after coloring the frosting, I started the time consuming task of decorating with the star tip, following the pattern of the real snake, from the pictures I had taken.

Once the snake was frosted, I added a licorice tongue and cut out pieces of white chocolate for the fangs. Finally,I added a little grass frosting to give the look of the snake slithering through the grass.

My son was once again thrilled to have a snake cake and this time, one that looked like his pet. 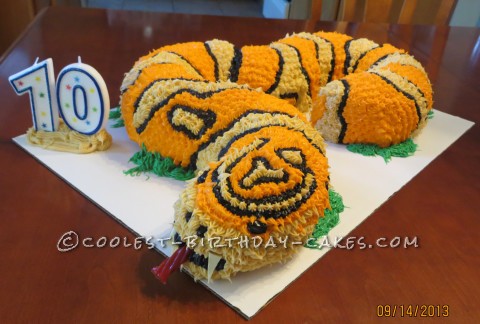 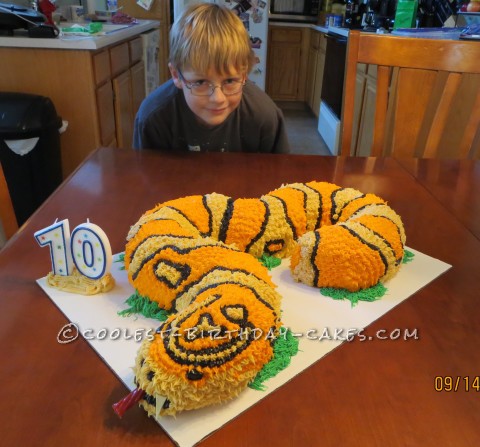