My son was obsessed with all things space. Rockets, planets, moons….space aliens. When his birthday rolled around I knew just what to create… a rocket cake. It couldn’t be just any rocket cake. It had to be amazing! He has seen so many cute kid’s cakes and had developed a bit of an attitude about how awesome this cake had to be. So, being the great mom I am… and trying to win points for the Mom of the Year award, I created this big guy.

The planet on the bottom was created simply as a base to hold the rocket upright. It was carved from five layers of cake. I used fondant rolled into little snakes to create the craters all around the planet. The fondant was red and orange marbled together.

For the rocket, I stacked ten layers of cake…yes ten. I layered cake boards and supports every two layers to allow for easier cutting of the cake.  Unfortunately I forgot to place holes in the middle of the cake boards so that I could run a dowel rod down the middle of the rocket into the planet part of the cake. Let’s just say that taking an entire cake apart once it is stacked and crumb coated is not fun. It added at least an extra hour of work, but it was a necessity. Once it was all securely stacked, I was so proud of it.

The little astronaut and aliens are created of fondant and completely edible.

I created the cake while my son was at school, so the first time he saw it was on the way to the party. When I asked his cake snob little self what he thought of his rocket cake, he replied “Weeeellllll……..I love it. I think it is the greatest cake ever, but it is mine. I am sure other kids think that their cakes are the greatest cakes ever too. It really doesn’t matter what it looks like. It is just important that you made it for me.”

Such a sweet, genuine answer. And yet…really…it doesn’t matter what it looks like…really???

He love it and so did all of his friends. The room we ended up being in at the location even happened to have a wonderful space scene on the wall. It was all too perfect for words. 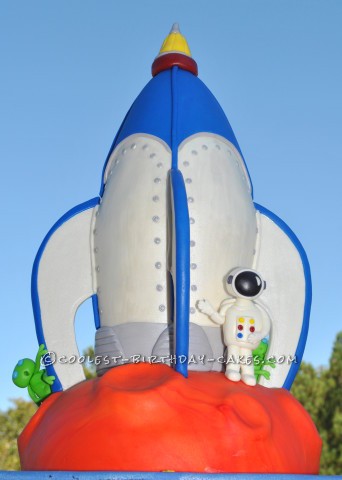 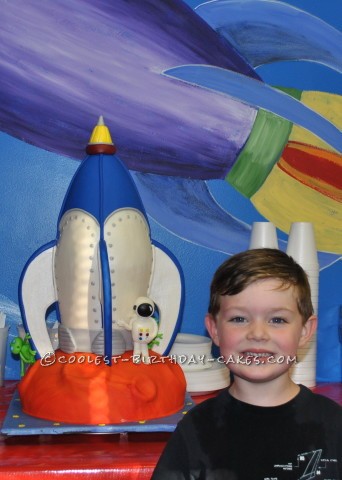 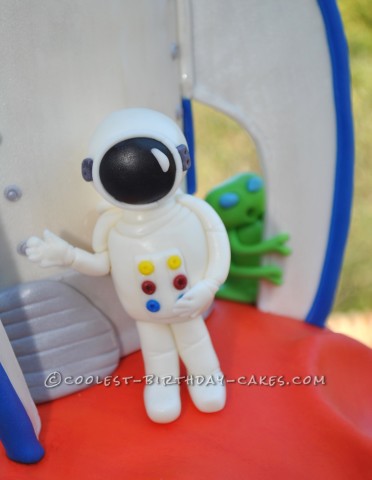 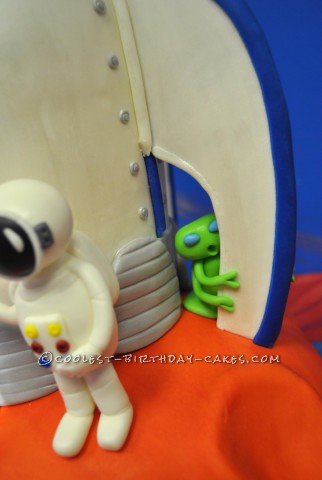 Coolest Rocket Cakes and Lots of Ideas for Unique Cakes