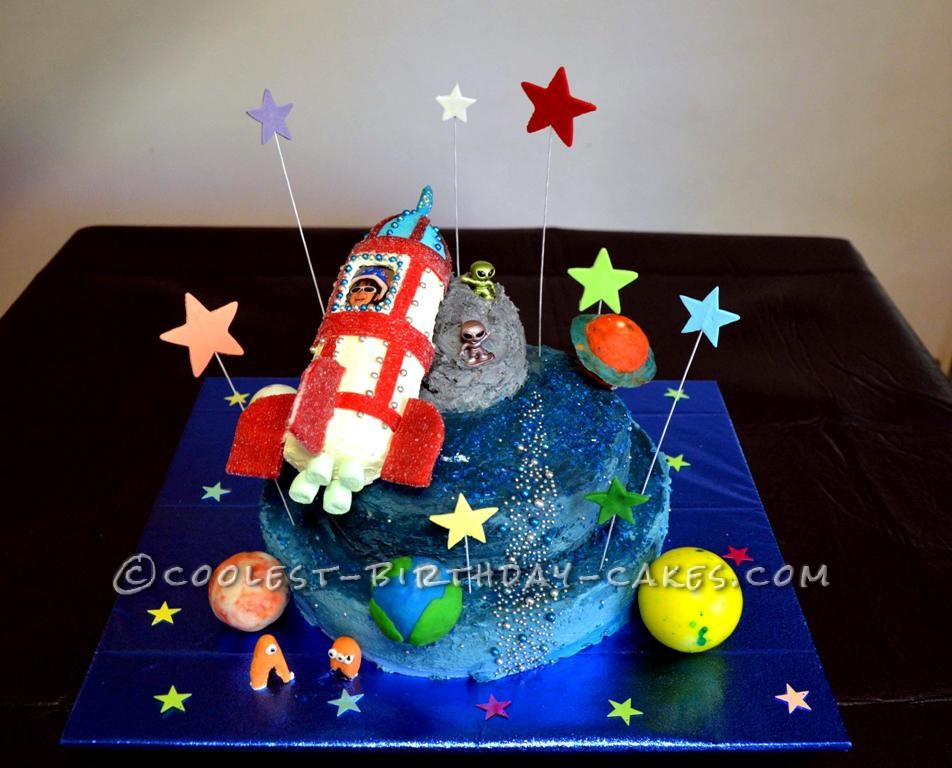 I made an Orange Chiffon cake and covered it with white chocolate butter cream frosting. I used blue and black gel color to get the shades. On top of the two layers, I made a little cake and used ash colored frosting to make it look like moon. I used gum balls to make the planets and the sun. The planets were covered with candy clay which I did by adding color to the plain white candy melt.

My sister in law helped me to make holes on the planets with hot iron stick and I used cake pop sticks to pop them in the cake. The Aliens on the moon are plastic ones. I used blue sugar crystal on the cake surface. Used blue and silver glitter sugar pearl of different size to make the galaxy. The rocket was made out of a sponge roll, covered with frosting. I cut the sponge roll sharp at the edge to get the shape and covered it with blue frosting.

To achieve the pointed nose, I used candy clay in a toothpick. I added a picture of the birthday boy on the rocket itself to give it a personal touch. Used blue and silver glitter ball, strawberry sour sheet to decorate the rocket and make the fins. The nozzles at the end of the rocket are made from marshmallow. Used some sparkles to give that a real look. The cake board was covered with sparkly blue acrylic paper and added starts on that. Finally, put some sugar starts around. 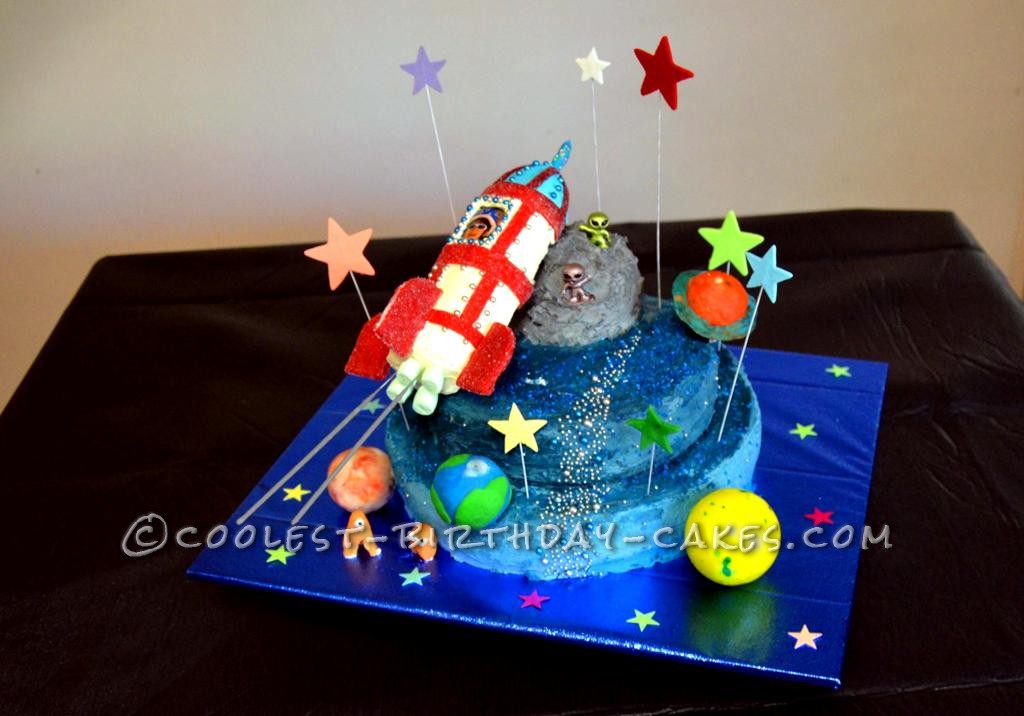 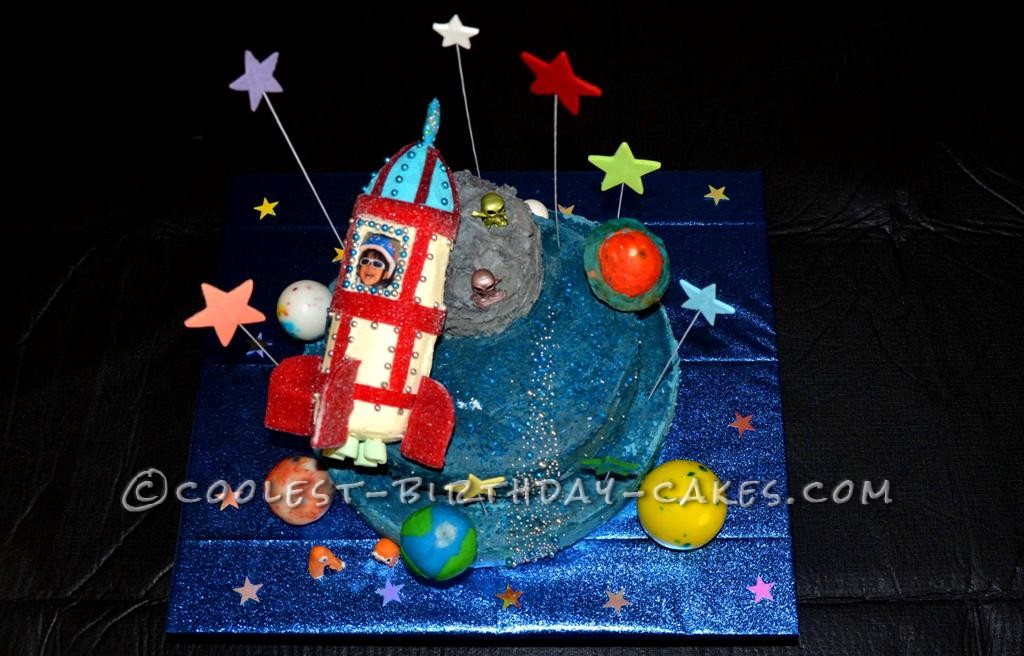 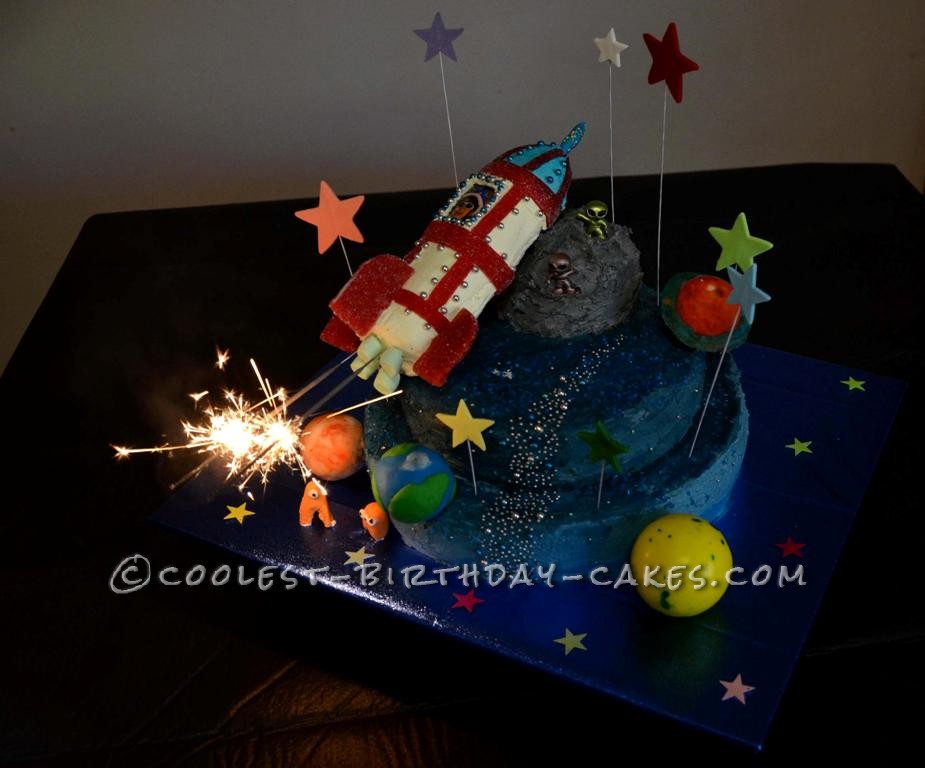