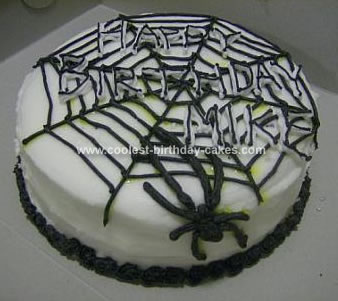 I made this spider cake for a co-worker. His birthday falls on Halloween so I decided to make a spider web cake with the spider crawling on the side.

The border in the bottom are mini black roses which was a last minute decision and was my favorite part of the cake.