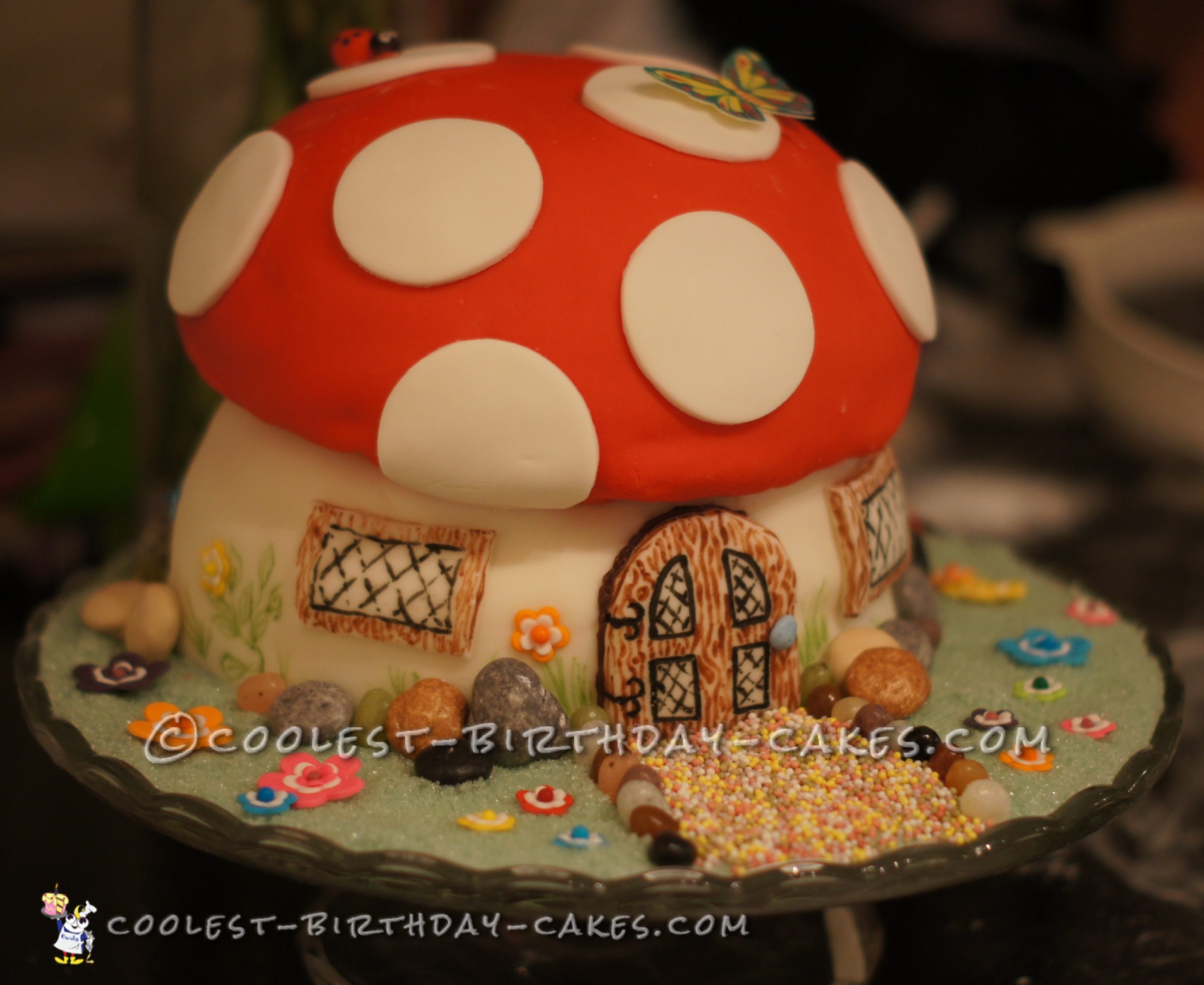 I have very happy memories of my mother making me a toadstool cake for several birthdays when I was a child.  So when my daughter Mimi turned one, I thought I’d give it a try myself.

With a baby to look after, I knew it would be a struggle to find the time to make a good cake, so I admit I cheated and used a shop-bought red velvet cake mix (two packs). I also used shop-bought butter cream icing. I used ready to roll fondant icing for the decoration. I baked the cake in two different Pyrex dishes – a large domed dish for the top of the toadstool and a shorter, squatter dish for the stalk.

When my sponges were cooked and cooled, I covered them in butter cream icing (to act like a glue) then the fondant icing. I used doweling rods in the stalk section to prevent collapse, but really I think I was being over-cautious. I used a round cutter for the white spots, just to make sure they looked perfect. I used edible ink pens for the wood grain effect on the door and window frame, and the foliage around the base of the toadstool.

The grass is just sugar with a spot of green food coloring mixed in. For the path, I used hundreds and thousands, with jelly beans along the sides – I picked ones which resembled little pebbles. The bigger stones were made of chocolate, and were pretty realistic. I got the sugar flowers from eBay, and put several on the grass, and a few around the sides of the toadstool, using a tiny bit of water to make them stick.

I was so pleased with the end result – it was the first time I’d worked with fondant icing so it could have been a lot worse!  Everyone was very impressed with the cake.  Some people refused to believe I’d actually made it myself! And most importantly, Mimi liked it (well, she kept trying to grab it, so I think she liked it).  It’s a shame she won’t remember it, but it was such a success, it’s made me excited about what I can try next!  Thanks for reading!