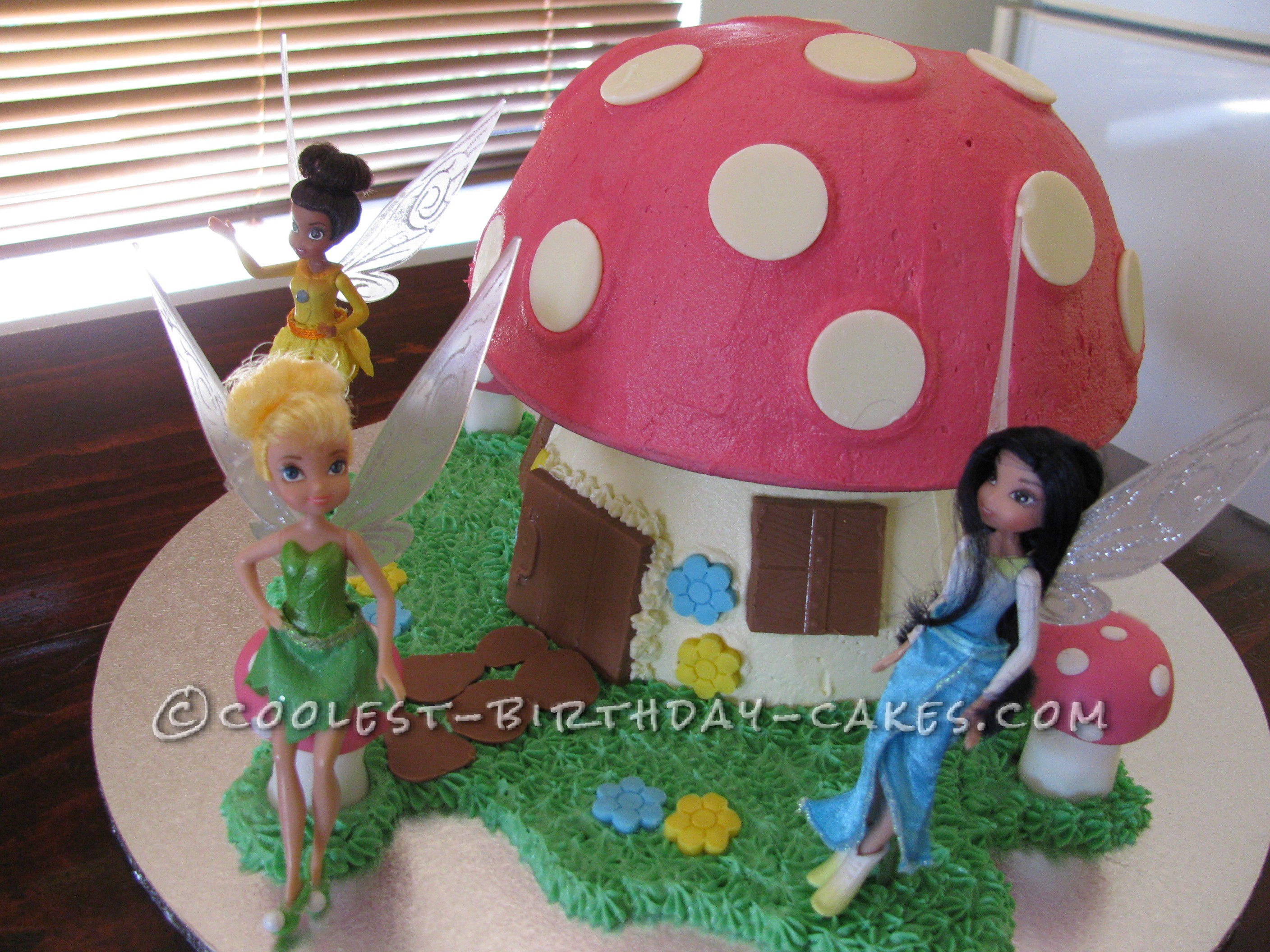 I made this fairy toadstool house cake for my friend’s 3 year old daughter for her fairy party. It was a hit!

I used a basic butter cake recipe with buttercream frosting and it is the equivalent of 3 standard 8-inch cakes. The bottom layer was baked in a 1 liter pudding steamer and the top layer was baked in a 2 litre Pyrex mixing bowl). The cakes took a long time to cook (over an hour) and they sunk a little in the middle because I checked them too often – you live and learn!

For stability I used three dowels in the bottom later and the top layer was on an 8 inch board.

I made three fondant toadstools to go around the cake – these were super easy, basically a cylinder with a squashed ball on top. I also made the flowers out of fondant using a simple cutter. The door, and windows are made out of milk chocolate. I used a treasure chest mold to get the wood grain effect and the stepping stones are simple blobs of melted chocolate. The white dots on the toadstool are white chocolate melts. I smoothed the butter frosting by dragging the edge of paper strips over the top.

The fairies are store-bought. Tinkerbell is leaning against a fondant toadstool and the other two are taped to cake heating core/spikes – these make great stands – the piped grass frosting covers up the base.

I delivered the cake dressed as the Cake Fairy, wearing a pink tutu and a wand made out of a wooden spoon painted silver and adorned with flowers made of pink silicon cupcake molds. It was definitely a magical cake to make and pure magic to see the glowing face of the little birthday girl fairy! 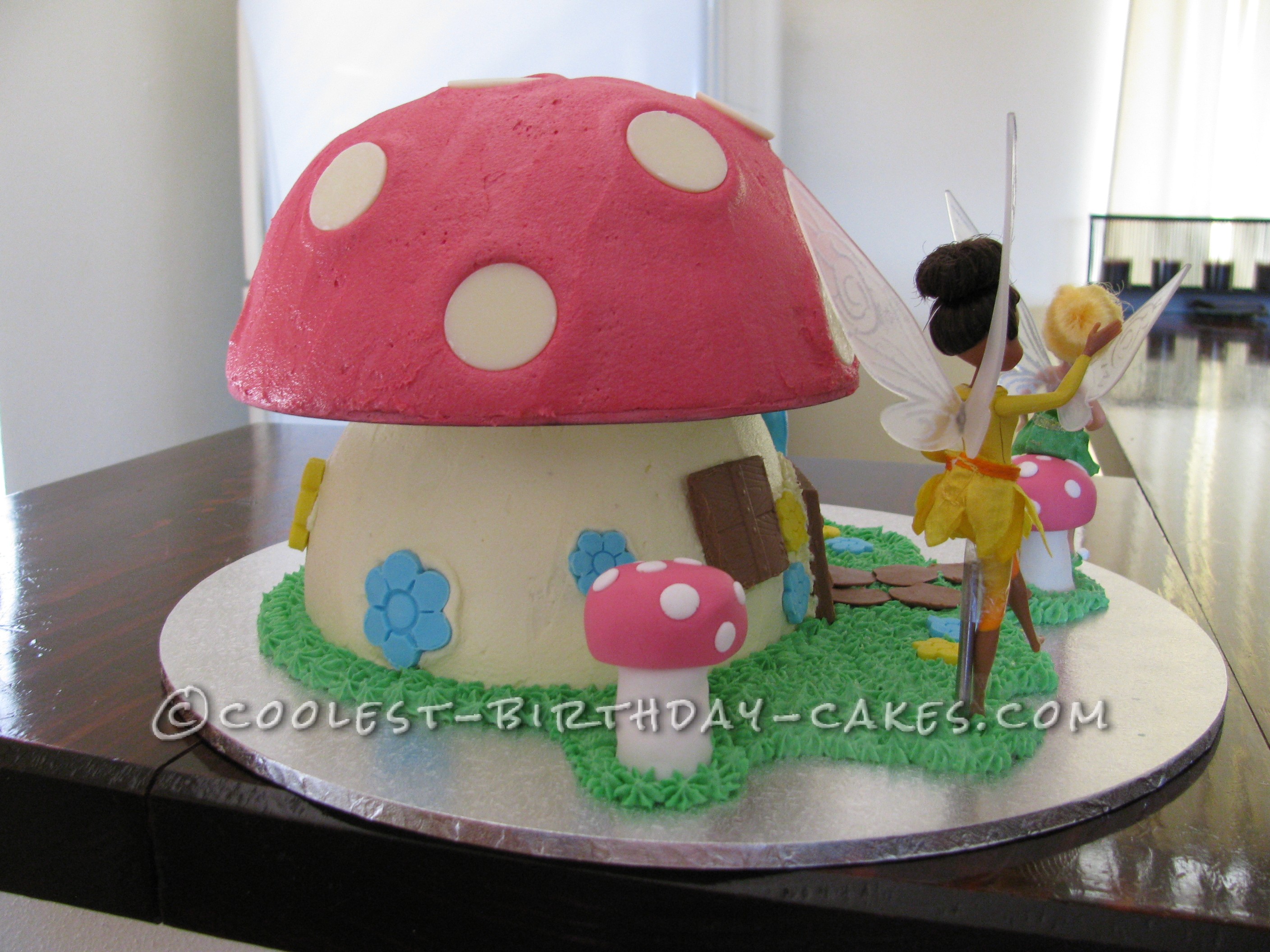