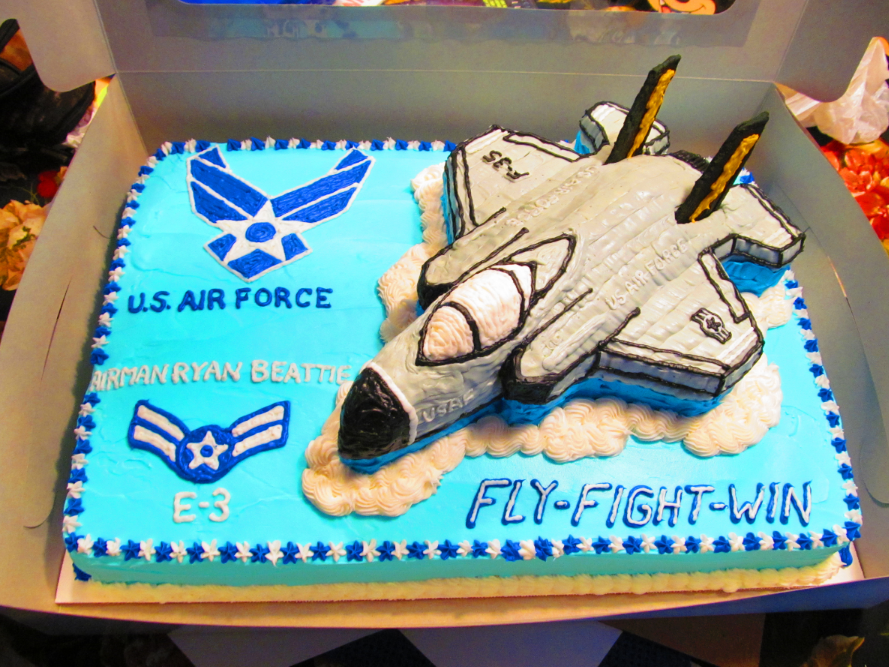 I have been decorating cakes for several years, usually for family and friends. A friend asked if I could make a U.S. Air Force F-35 cake for a welcome home party she was having for her son who was home on leave from the U.S. Air Force. He is training to maintain and repair F-35 fight jets. She wanted his rank, the U.S. Air Force logo and motto, and Fly-Fight-Win, on the cake. I had about a month to plan and had the freedom to design whatever I wanted  to do.

I used Pillsbury container icing, tinted with Wilton icing coloring to decorate the cake. Fondant looks good, but I think it tastes terrible.

I crumb coated the bottom cake with a thin layer of white icing before adding a layer of sky blue icing.

Everybody at the party loved the cake especially the proud U.S. Air Force Mom and Dad. This cake was challenging but fun to make and was an honor for me to do for a young man bravely serving our country. 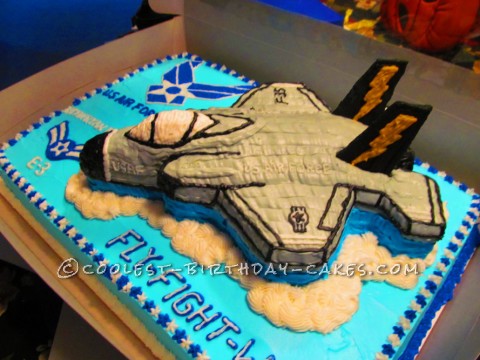