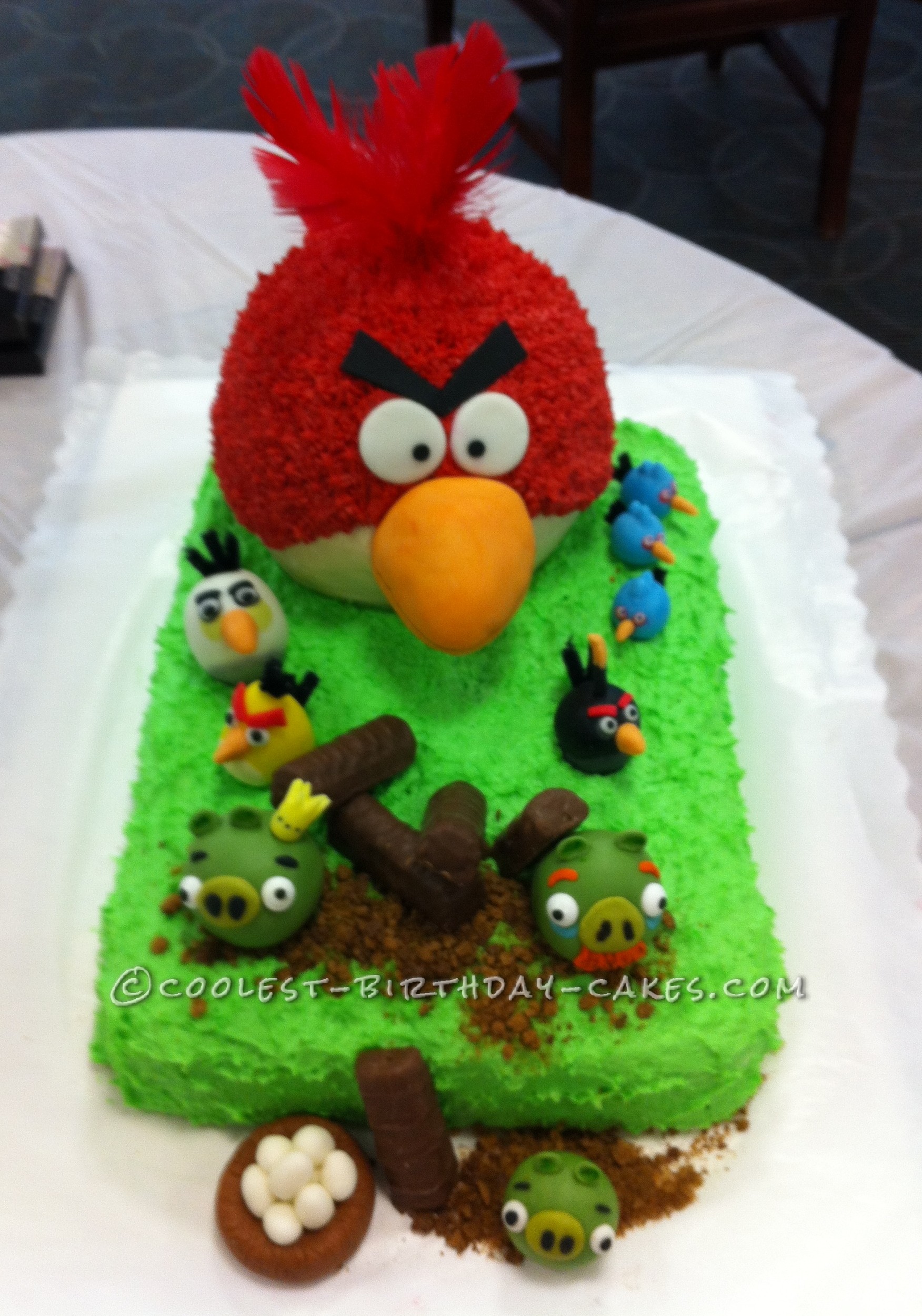 For his 7th birthday my grandson wanted an Angry Birds Cake.  My daughter said, “Mom, don’t get to elaborate.”  To whom does she think she is talking???  My middle name is Elaborate when it comes to anything I do for my grandchildren! Now one reason she said that is because she has both of her children’s parties at the same time.  Double birthdays…double cakes! I start at least 2 weeks in advance making and freezing cakes, making icing and fondant.

I went through several internet websites including yours looking for ideas. I adapted several ideas from other cakes to make mine. I started with a 9”x13” rectangular cake for the base. I iced with green decorator icing.  Using a decorator tip to get the look of grass would take forever so I improvised. After icing the cake instead of smoothing it I patted it with a spatula to pull it up and make it look like grass.  I don’t think anyone paid any attention to the grass anyway.

I made the small birds and pigs out of fondant. I suggest if you want black fondant buy ready-made black. The pigs were the most fun to make. I made King Pig, Moustache Pig and one of the minion pigs. To keep small parts in place I use toothpicks and “fondant glue” (i.e. watered down fondant). The logs are Twix. The dirt is crushed chocolate cookie.  My grandson pointed out that I had too many eggs in the nest…”but that’s okay, Mimi.”  I thought the more the merrier…but what do I know?? Luckily I got the right number of Blues Brothers!  The bird tail feathers and top feathers are pieces of black pipe cleaners (FYI: I always wash anything I am putting on the cake if it is not edible or meant to be used with food).

Red Bird was my chance to use my Wilton ball cake pan. His belly, eyes and eyebrows are fondant. I used a star tip for the rest of his body. For his tail feathers I plucked a few feathers from a red boa I have for dress-up play. The cakes I make for this pair of grand kids have to travel over 3 hours to the party.  Having had a “cake-tastrophy” last year I stabilized Red Bird with three dowel rods!  His beak is a rice krispie treat covered in fondant.  I used 3 bamboo skewers to hold it in place as well as a dowel underneath for support.

Making cakes for my grandchildren is a labor of love.  I hope I am making memories in the process. 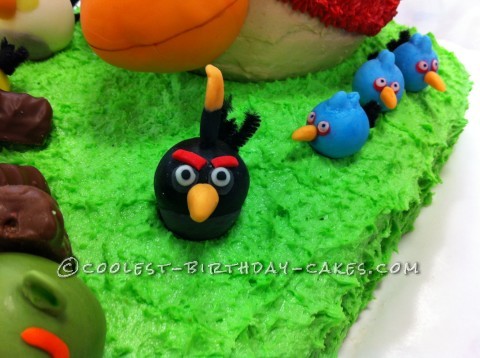 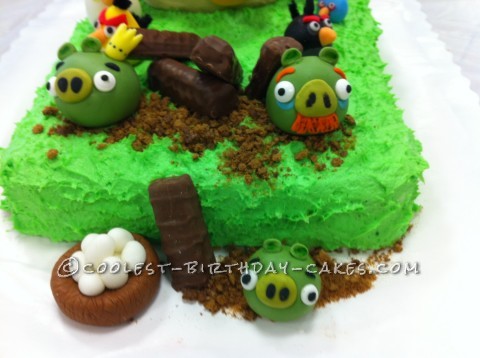 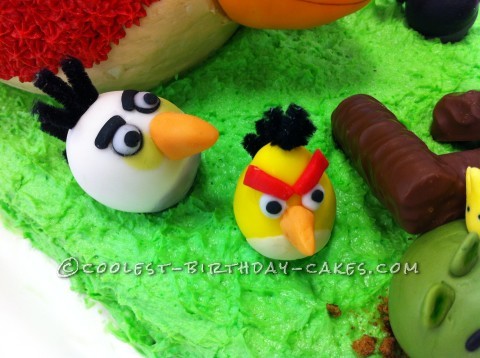 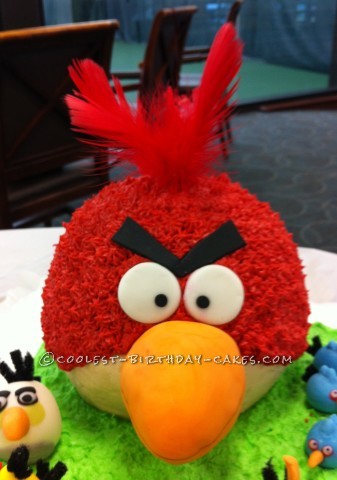