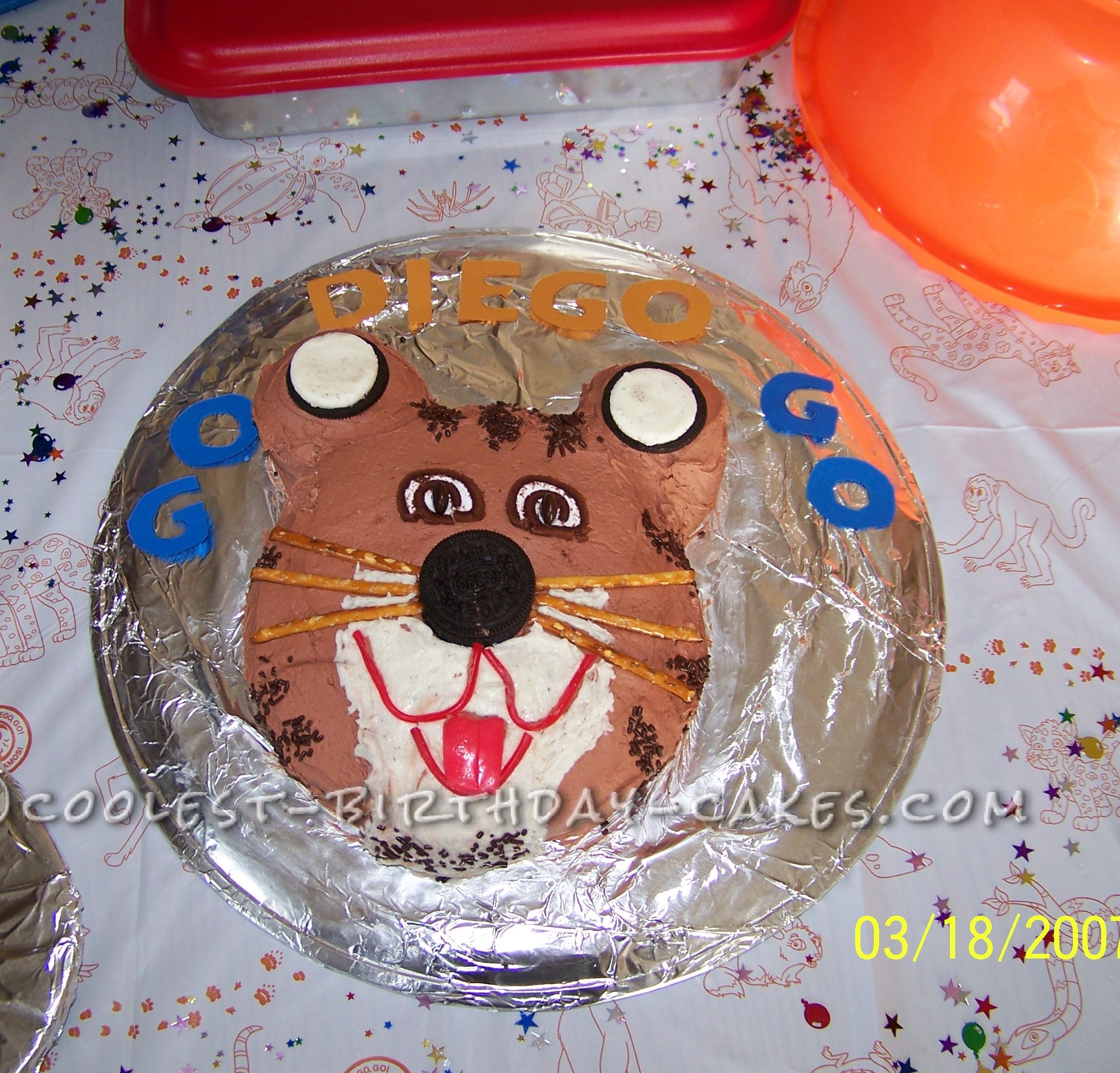 This Go Diego Go Jaguar birthday cake was from the show Go Diego Go, a spin-off from Dora. My son loved Diego at the time so we did a themed party of this. I decided to just do the Jaguar head to represent the theme of his party. I used a round cake for the head and two cupcakes for the ears with half an Oreo in the middle of the ear.

I used a whole Oreo for his nose, pretzel sticks for his whiskers, licorice for the area under his nose, Swiss cake roll for the eyes, and part of an air head for his tongue. I added white frosting to some chocolate to get the color of his fur. I frosted it smooth, but you could use star tip 16 to make it look fluffier.

I then used some chocolate sprinkles to add the detail of his stripes. I put this on a round cookie sheet just wrapped in foil and then cut out construction paper letters to add the words Go Diego Go. My son really liked it and so did my family. This was fun and creative. The kids liked to pick which part of the cake they wanted to eat by what was on it.