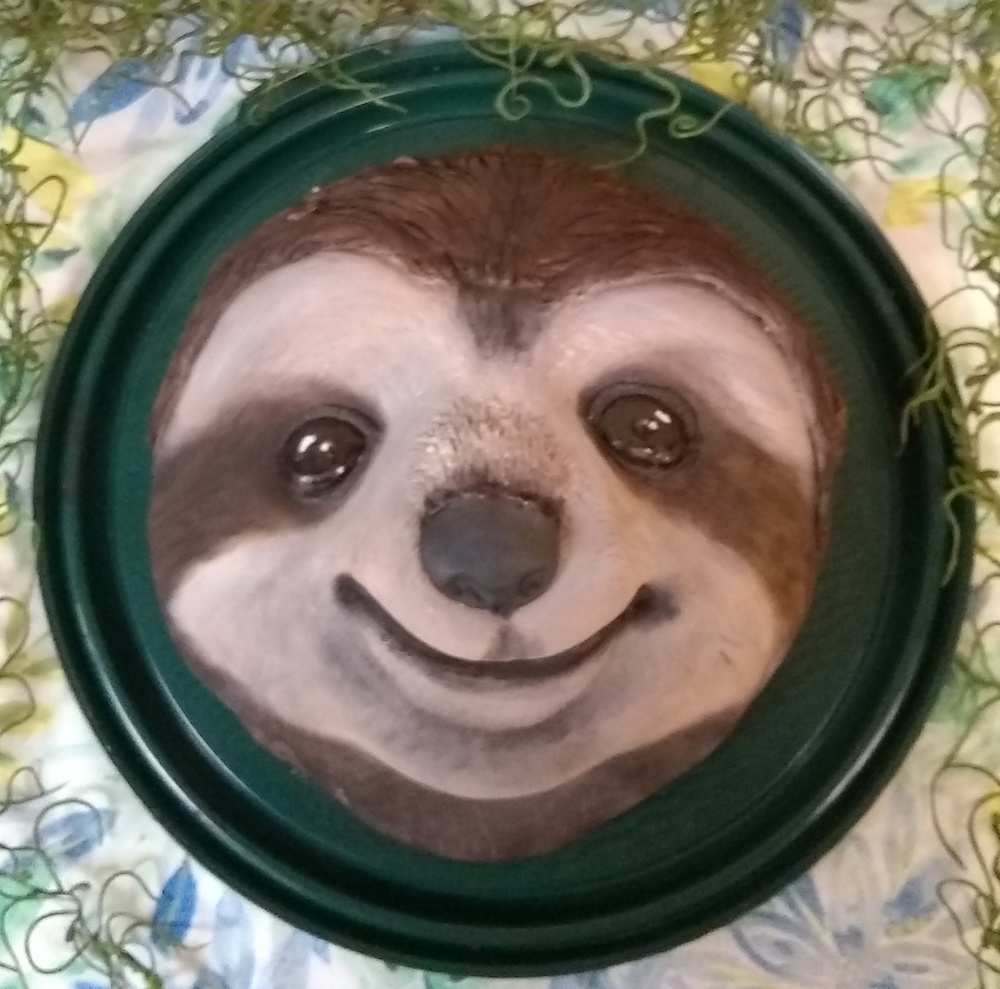 My daughter was turning 13 and wanted a Sloth themed birthday party. A Sloth cake sounded tricky at first, but I found that sloths are ragingly popular at the moment. So, decorating was actually fun and easy. But she also wanted a sloth cake which could be considered “semi-realistic”. I decided to do just the face of the sloth, and to make it as 3 dimensional as possible.

I made 2 round cakes of different sizes, then iced them in between, stacked and froze them for easier trimming. Using a calendar photo of a real sloth as a template, I sculpted the firmed up cake with a sharp knife. I iced the cake, then colored some fondant a tan color (later I determined this step was not needed). Next, I laid the rolled fondant over the face and trimmed the excess. I then added details like the eyes, nose, etc.

Then I made small indentations all over to indicate fur texture, using my photo for guidance in the direction the fur grows. I should have done this more quickly as my fondant was beginning to dry out and not accept my indentations, and as a result my fur did not have as much texture as I’d hoped. After the features were added, I used powdered colorant on a dry brush to add the colors. This was my first time to do so and it was fun and easy.

To give the eyes a shiny look, I used some lemon extract mixed with brown for the irises and black to paint in the pupils. Then, I used a bit of white fondant for the light reflection. We were pleased with the smiling sloth! If I had it to do over again, I would make sure to have paper under the edges to protect the cake board from the powdered colorant.

As it was, I had to shift the completed Sloth cake to a clean board, which was a scary moment. 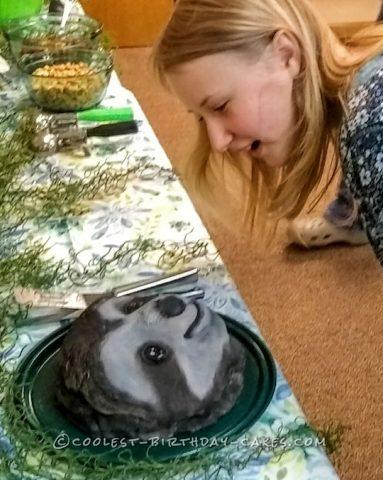