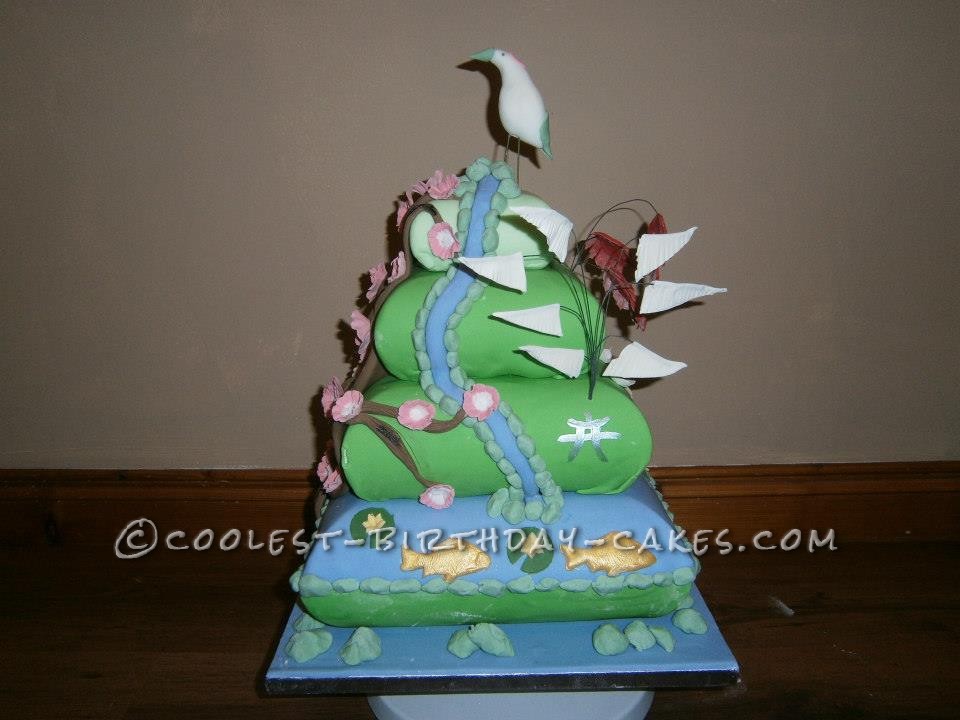 I have a friend who owns a restaurant. He asked me to create a display cake to show off my skills and also to use as a display in the entrance to his restaurant. He wanted a fish themed cake (his specialty is seafood) that would link in with his restaurant. I decided to make a Japanese water garden. I bought 4 different sized pillow shaped polystyrene blanks to  use as the basis of the design.

For the bottom tier, I covered the bottom half in green fondant and the top half in blue fondant to give the appearance of a lake. The other tiers were covered in different shades of green fondant to represent not only a manicured garden, but to build in the appearance of a Pagoda style construction. Any lake must have a source so I created a waterfall running from the top tier all the way down one side of the garden. This was bounded by rocks made from sugar paste. I added sugar paste Koi carp that were sprayed gold with food coloring.

Some water lilies were added to complete the decor of the lake. Climbing up one full side of the garden I made a Japanese bonsai flowering cherry tree. I used a form to create the bark effect and used a silicone mold to create the two-toned cherry blossoms from sugar paste. To give a 3-D effect, I made a Japanese red Maple bush and a Handkerchief tree. The leaves were made from colored sugar paste, cut to shape, and wires to make the stalks. These were easy to bend into shape to give the drooped effect. Edible glue was used to secure the leaves to the stalks.

Some flowers and a butterfly were added for further decoration. Perched on top is a Japanese white stork, waiting for his supper! My friend was extremely pleased with the total display and many of his restaurant clients commented favourably on it whilst it was on display. 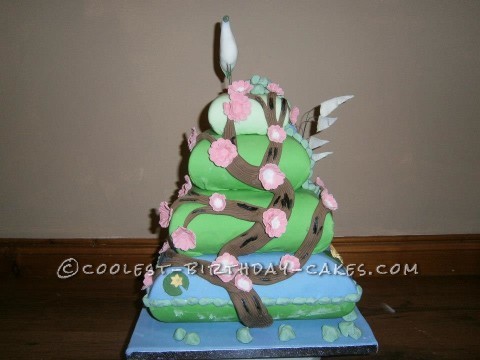 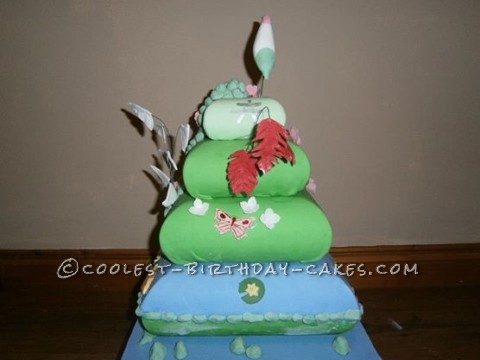 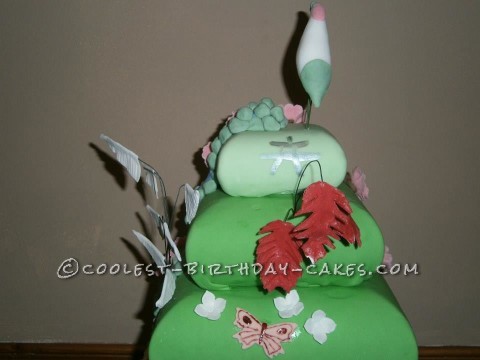 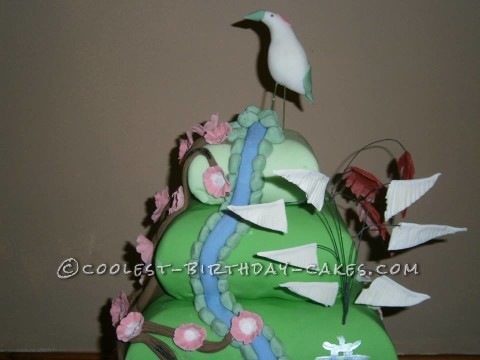 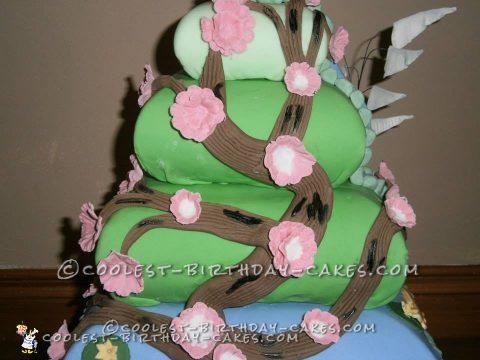 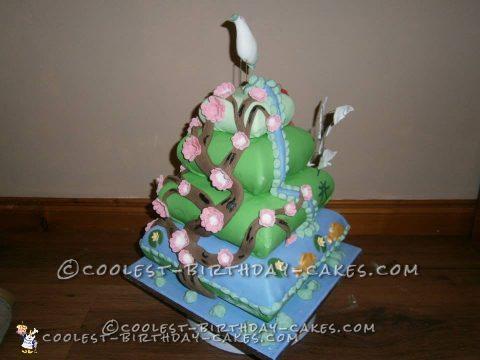