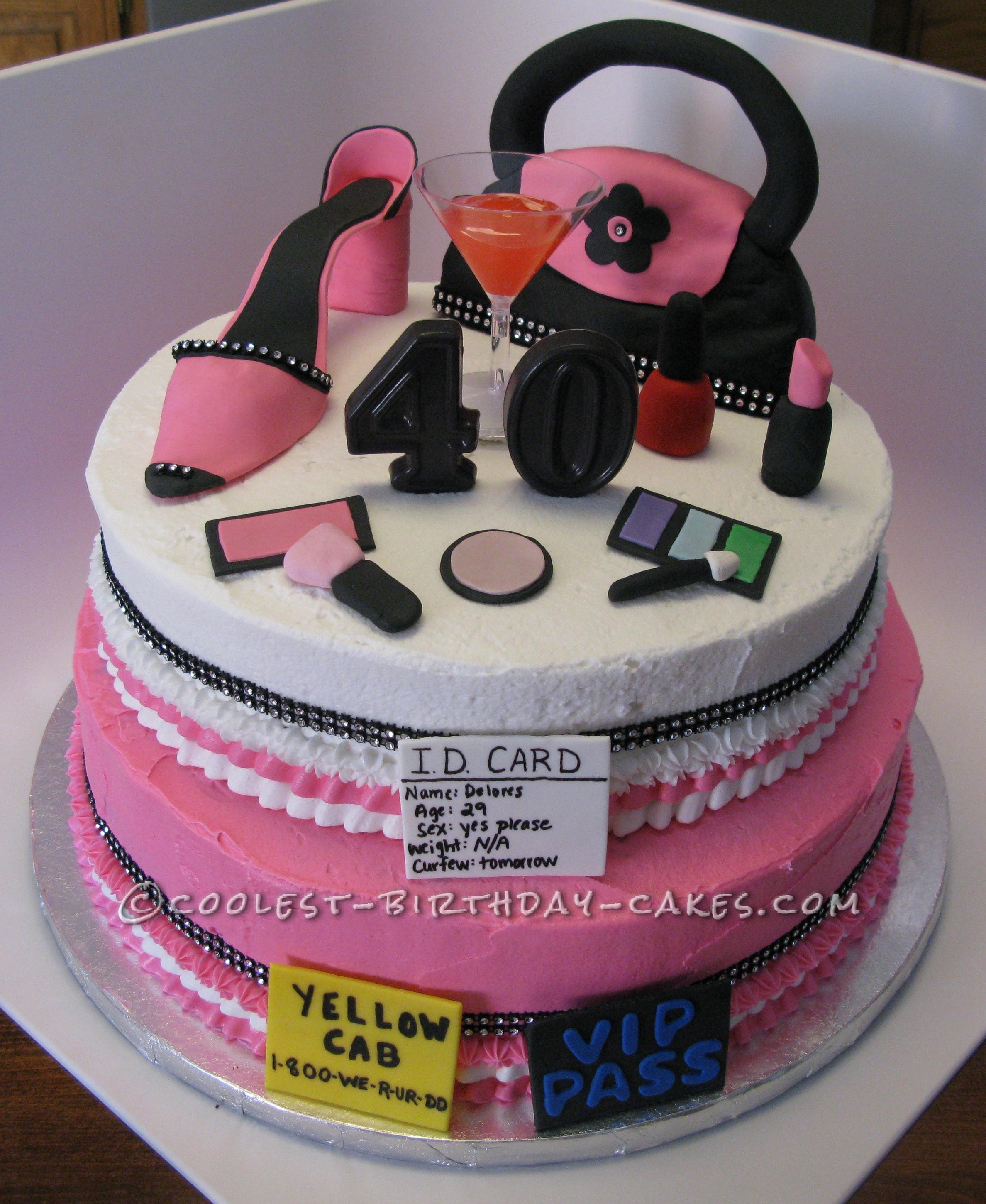 When one of my friends e-mailed me about making a 40th birthday cake for one of our friends, I jumped all over the opportunity. What makes it even more fun was that the party was a surprise. Shhh! Well, I guess it’s okay now, since the party has already taken place.  So, the creative juices started flowing.

Originally, I knew that I wanted to attempt to make a high heeled shoe out of gumpaste as the topper. It turned out okay…certainly not perfect, but overall wasn’t terrible considering it was my first shot at it. I used a template that I found online to make this shoe, then realized that I could buy an actual kit that makes it much easier and more perfect than the standard template…but starting out, this way was free. The original plan was to just have the shoe and 40 made out of chocolate as the cake toppers. Well, when I made the shoe, that’s when things got out of control.

When I started researching other ideas for girly cakes with girly accessories, that’s when the thought of a matching handbag went along with it. So, I had to make a matching handbag. Done. This was also a first.  I couldn’t help but to add a disclaimer to the back of the purse…because at least one of the girls in our group has become so…umm, tipsy…that she lost her purse. Twice.

Well, a purse contains girly accessories, right? Of course. So, all of the necessities for a girls’ night out were put together. Everything here is made out of fondant, and was very easy to make.  What goes along with a girls’ night out? Cocktails! In this little plastic martini glass, I tinted some piping gel and put it in the glass to look like a Cosmopolitan.  And we can’t forget to have a fake ID that says our birthday girl is 29, along with a VIP pass and a yellow cab business card.

For the actual cake, it was originally going to be smaller…but when I found out that there were supposed to be 30-40 people at the party, that gave me a little more freedom to make a bigger cake to accommodate the growing accessories. The bottom tier is a 14 inch 3-layer dark chocolate cake with mini chocolate chips, and chocolate filling in between the layers. The top tier is a 12 inch 2 layer cinnamon cake with cream cheese filling between the layers. Our birthday girl loves chocolate, but I also wanted to do something a little different than the standard yellow, and most people love cinnamon.

I had to make the cake bling and beautiful, so adding the bling border around the cake was absolutely perfect…along with the ruffles.

The birthday girl was very surprised, and very pleased.  When it was time to cut the cake, I wasn’t being stingy and was cutting huge pieces for everyone…because, well, it was a huge cake.  And super heavy.  And super delicious. 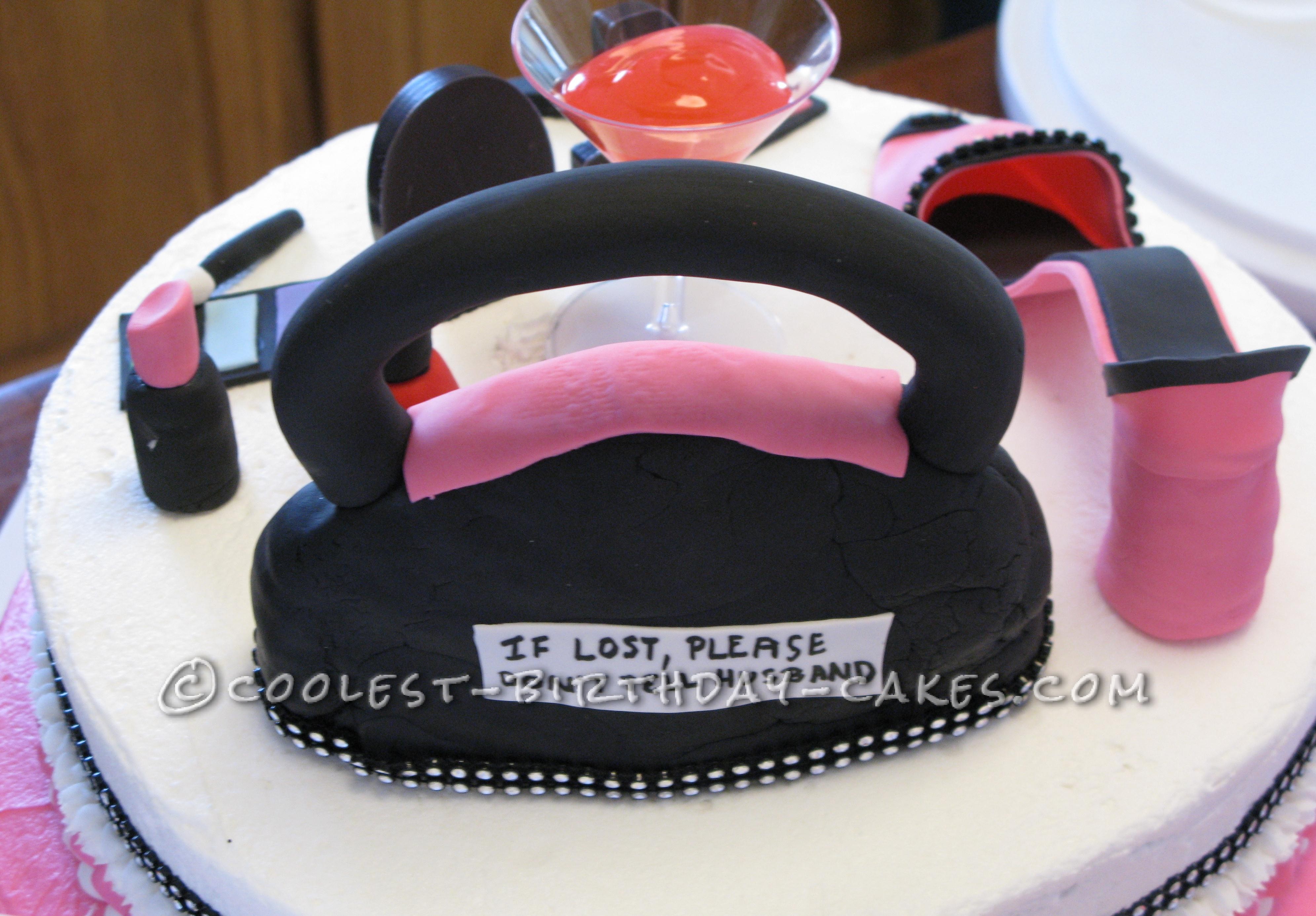 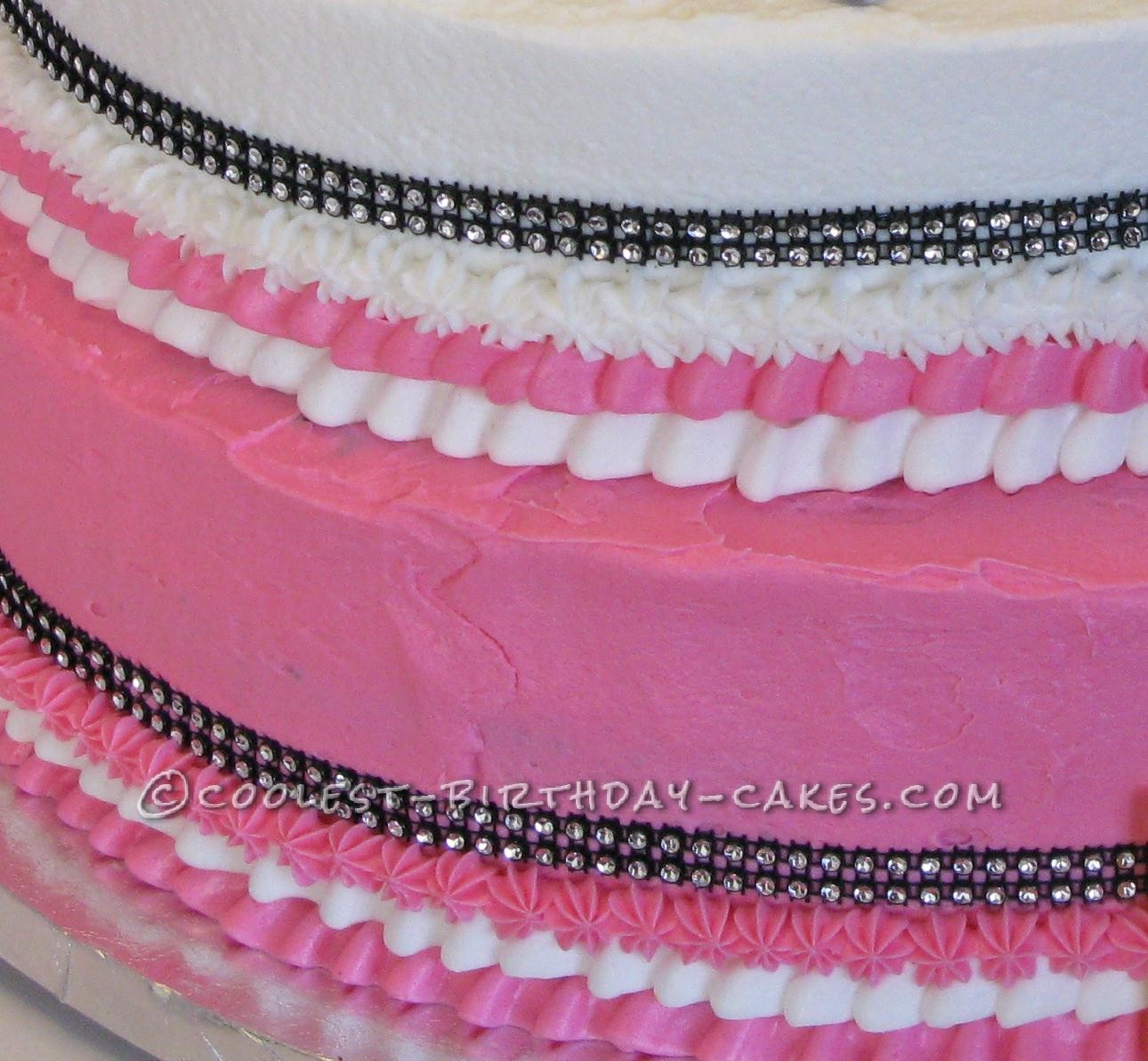 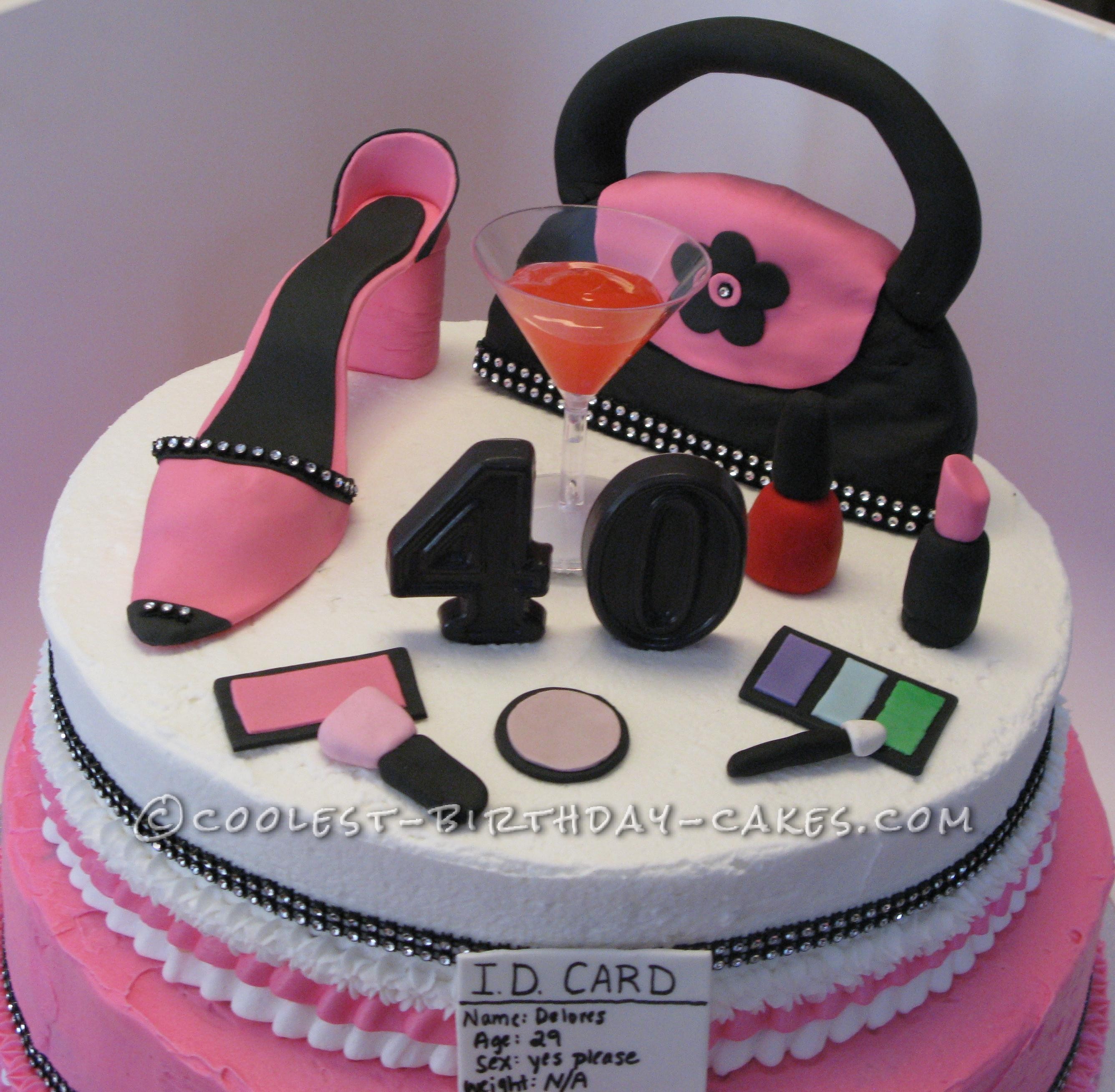 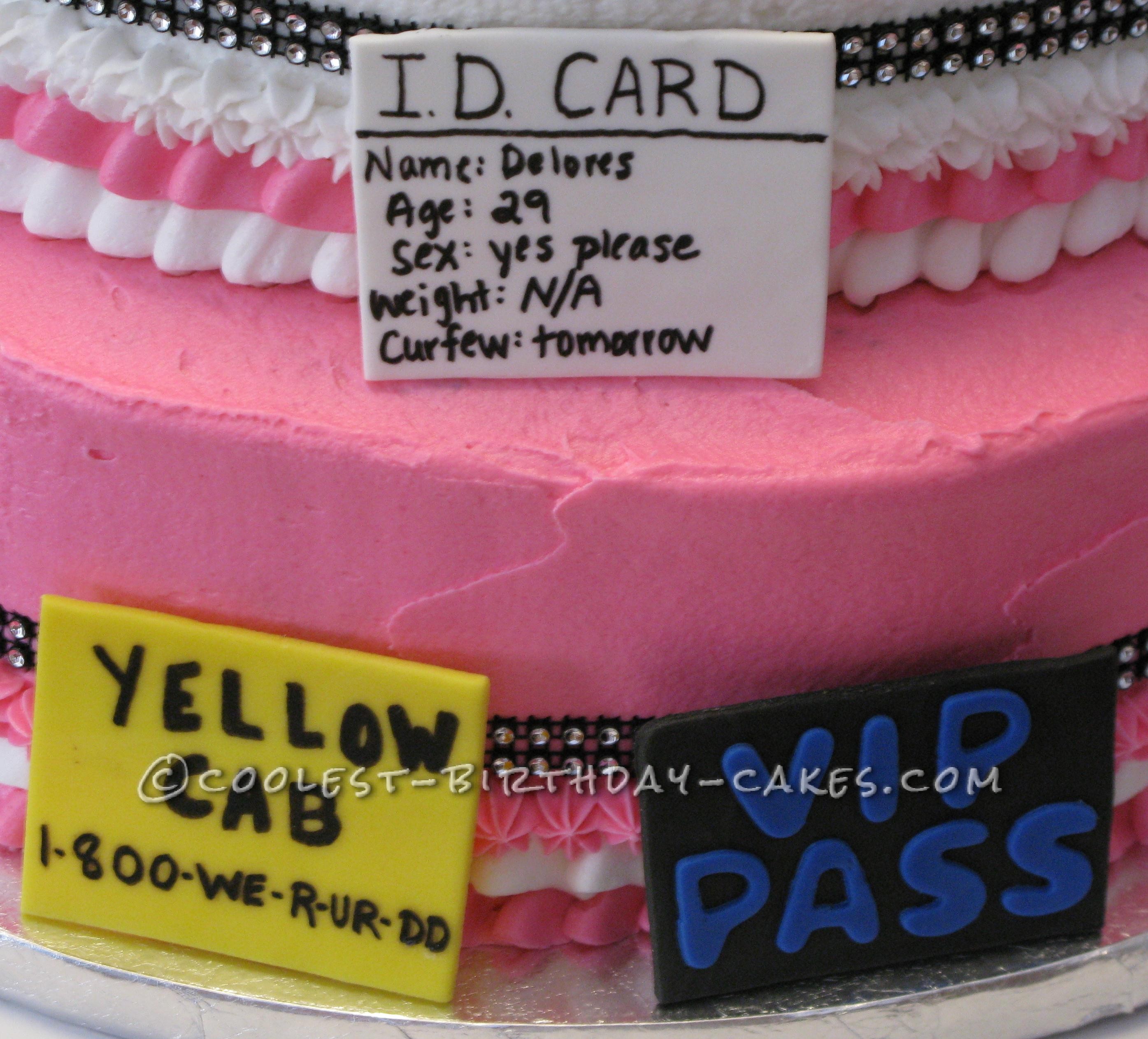 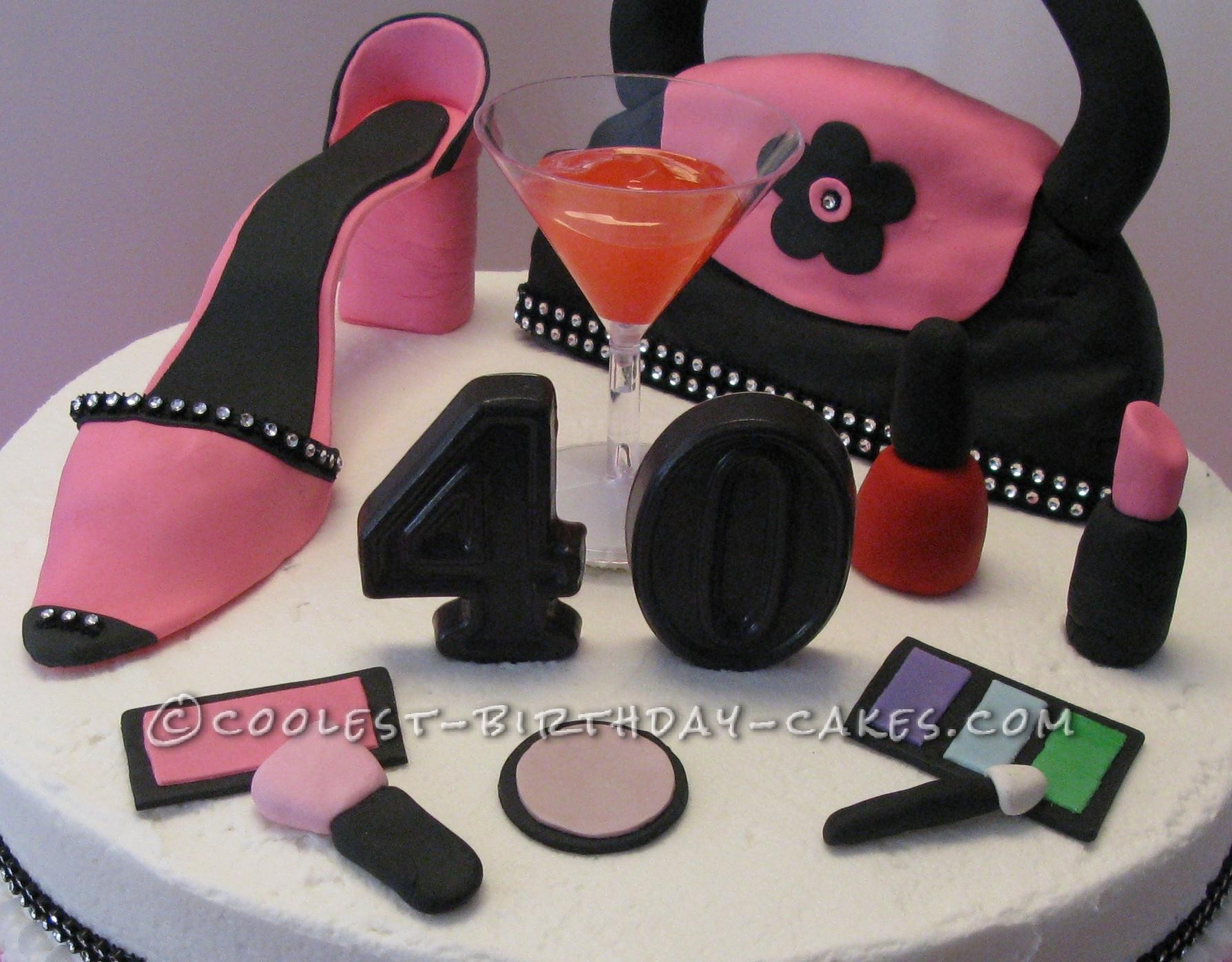