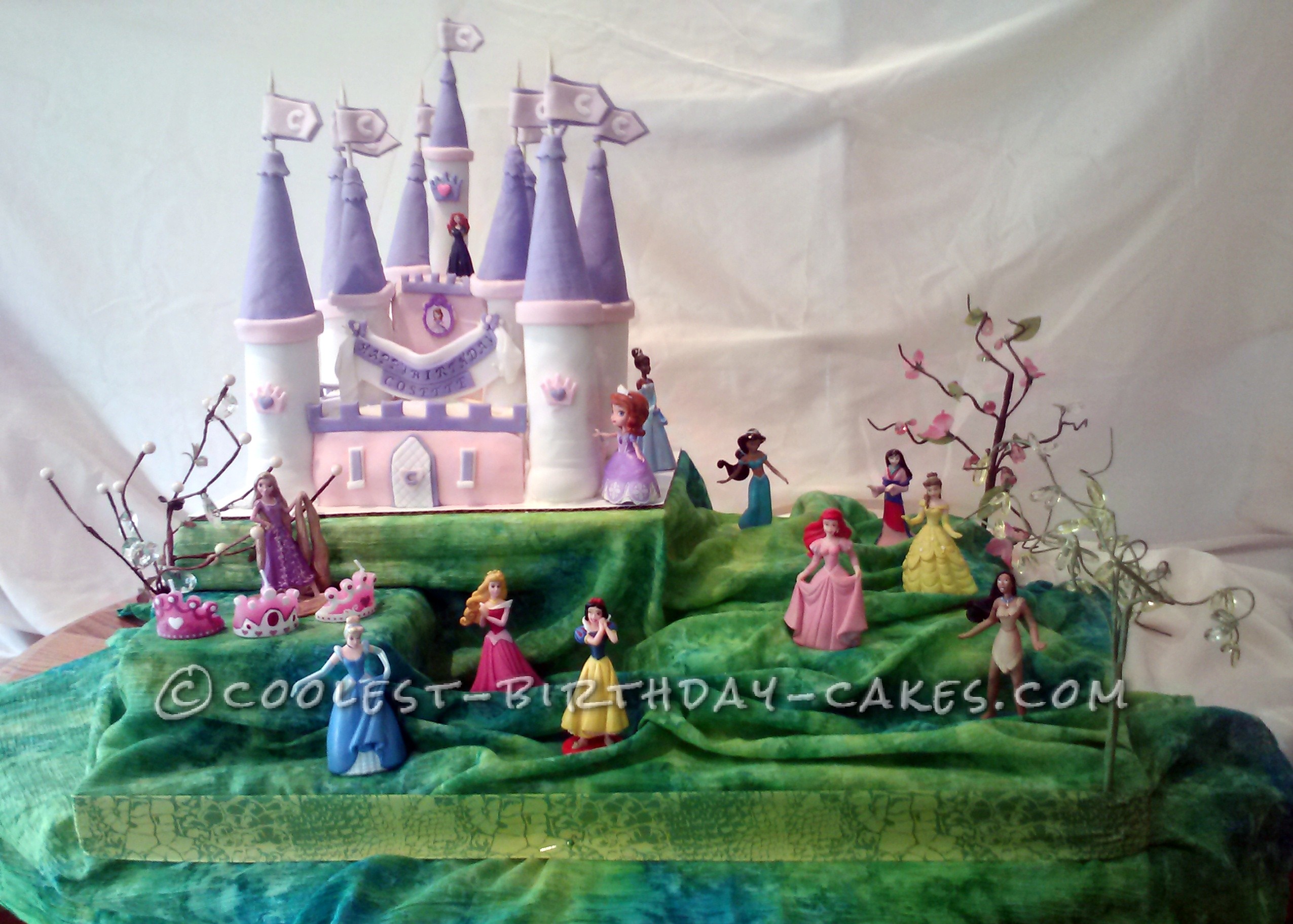 This castle cake is probably one of the most complex cakes I’ve made so far, and as always, it was a learning process, with some things that worked well, and others that needed to be done a little differently for future cakes! Overall, I was really pleased with how it turned out.

My granddaughter wanted “a princess cake” for her third birthday. Her favorite princesses are Sophia and Rapunzel (from Tangled), but I decided to include a few others too, so I raided Ebay and ended up with the full range of Disney princesses–a round dozen in all! Obviously, they weren’t all going to fit on one cake, so I made the castle as the cake, and arranged the others on a “hill,” coming to the party.

The main level of the castle was made of two 8″ square layers of moist yellow cake with heart-shaped sprinkles, sandwiched together with butter cream and apricot jam. The upper level was a “fake cake”–a small cardboard box covered with fondant icing. Altogether, there were nine round towers. The lowest (and largest) four were cardboard tubes with fondant wrapped round them, while the upper five were formed from rice krispy treats with a skewer through the center. (The rice krispy molding was something new I tried out for the first time–I haven’t got it quite right yet, but I think with some practice it will be a useful technique.) Each tower was topped with a sugar cone “roof” and a flag with the letter C for Princess Cosette. I covered the cake with butter cream, then used rolled fondant for the walls, battlements, windows, and door. In the middle was a birthday banner, formed from fondant with lettering stamped out using a set of letter stamps intended for sculpey clay.

Assembling the cake was rather hair-raising–I ended up using some hidden toothpicks to “pin” it all together. Then I built up a multilevel “hill” to serve as a base, using various boxes, some fabric and ribbon, and three floral picks with plastic jewels for trees. My grandson and I distributed the princesses appropriately, then breathed a sigh of relief, and hoped it would all stay together till the party! (It did!)

It was worth all the effort–our little princess was overcome with delight when she saw it! And she even got to take all the princesses home with her! 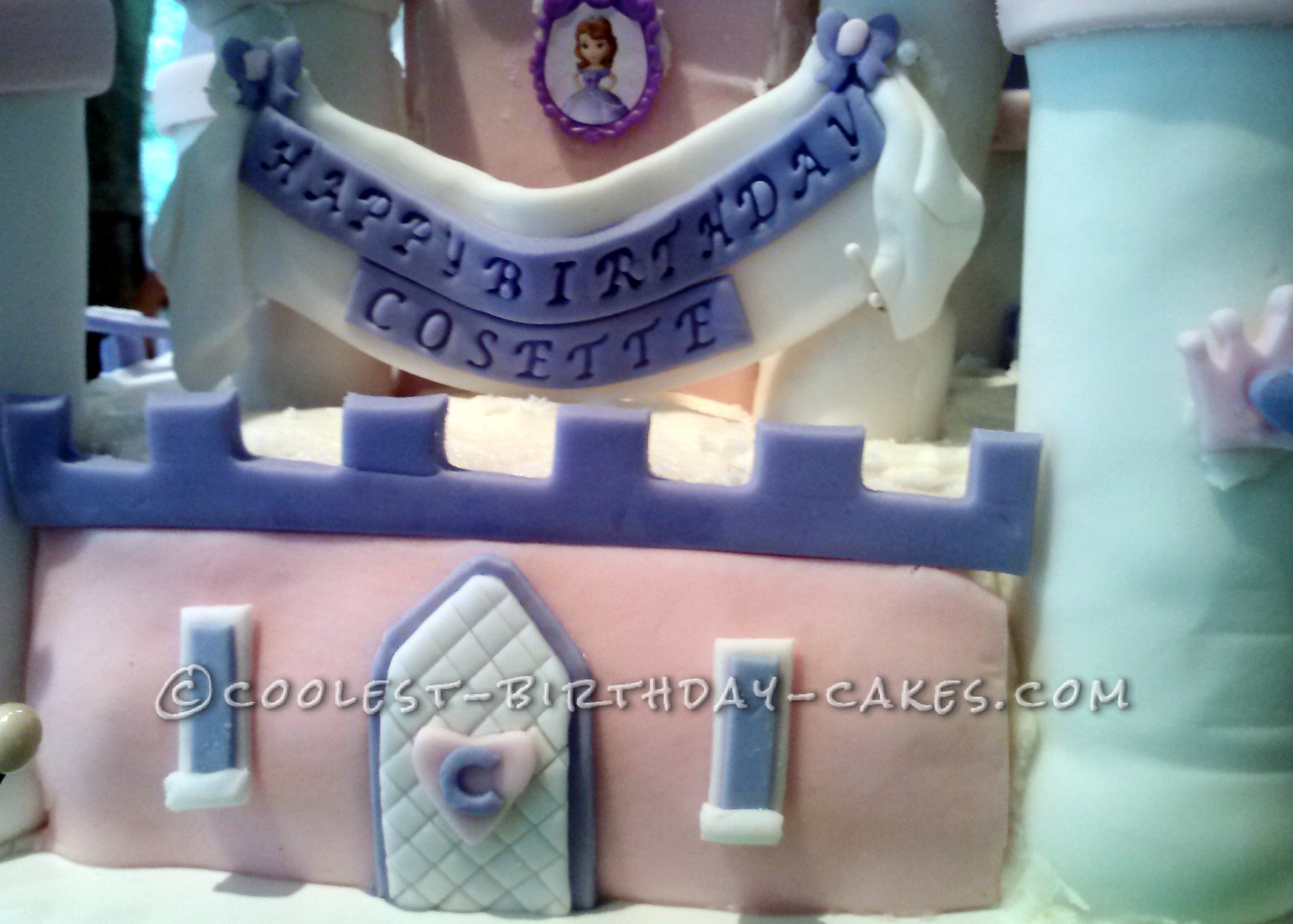 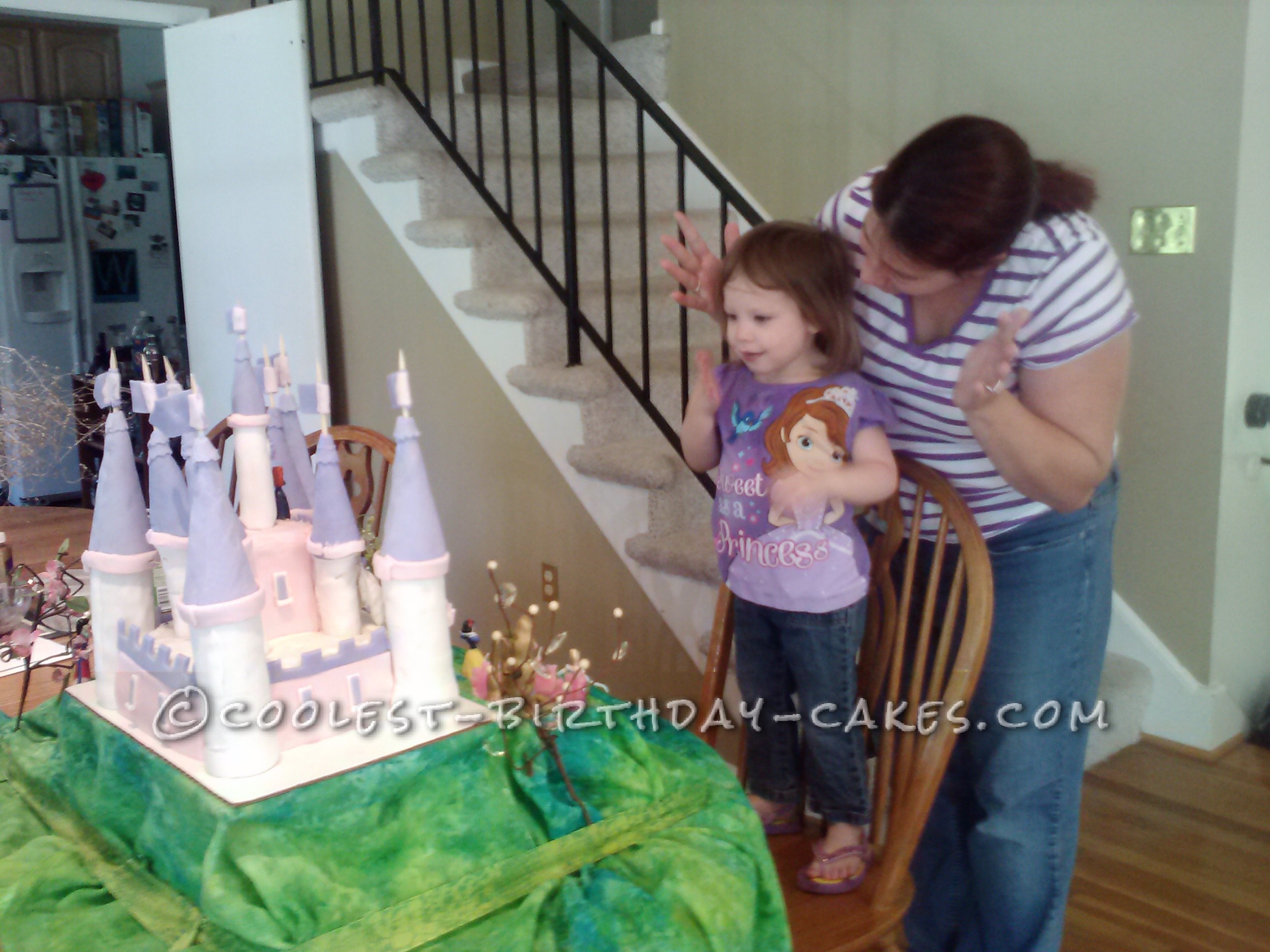 2 thoughts on “Coolest Castle Cake for a Little Princess”