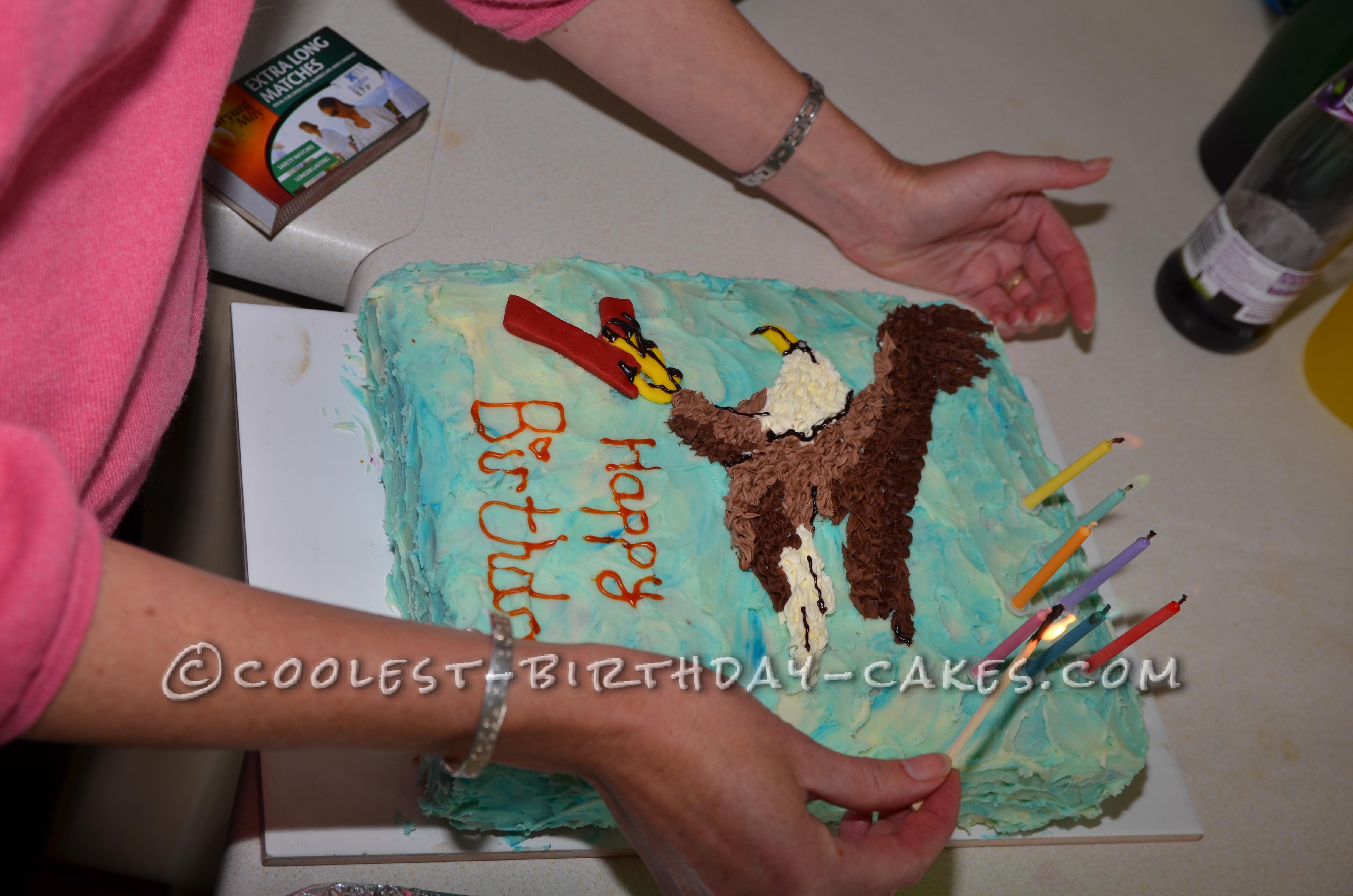 My girls are allowed to choose what they want for their birthday cake every year.  When my eldest turned 7 she asked for a Bird of Prey cake.  I tried to get ideas for some kind of 3d cake but in the end settled on doing a flat version.  I trawled through all her cartoon and children’s books and found a great picture of an eagle in flight.

I iced the cake with homemade butter icing, it just tastes so much better. I colored most light blue for a sky, but kept some pale to swirl on for ‘clouds’.  I traced the eagle onto a piece of paper and cut it out, then put it on top of the sky and used a pin to trace the outline onto the cake.  Here’s where I cheated – I bought 3 colors of Betty Crocker icing – vanilla, chocolate and dark chocolate – then color by color I iced in the feathers, copying the picture.

I used some shop bought red icing and cut out a number 7 for her, having the clever idea of putting it in the eagle’s claws like the fish in the picture.  I also used some yellow ready to roll icing for the claws and beak.   We were both really pleased with how it worked out, and it tasted wonderful too.