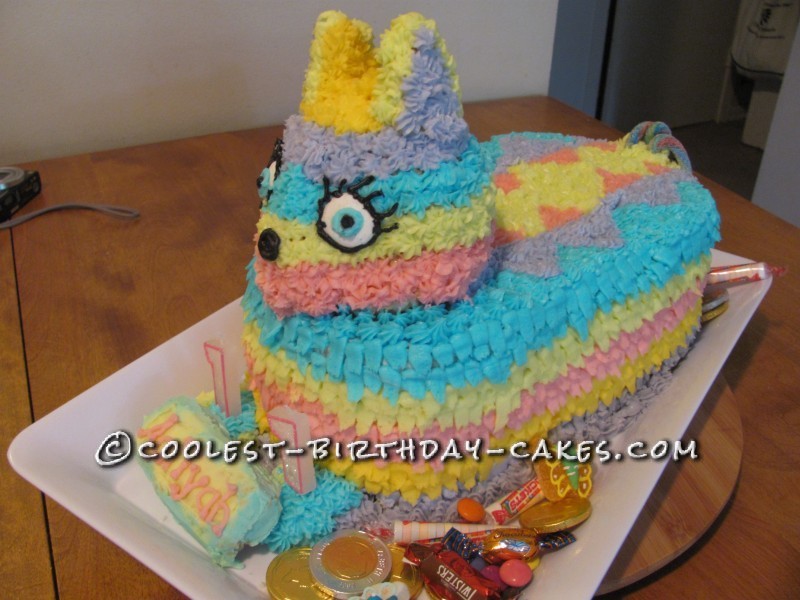 For my granddaughter’s 11th birthday…this candy filled Pinata cake is 4 round layers, colored in a variety of rainbow colors in a swirl pattern.  A combination of several ideas found on the inter webs. I prepared  a chocolate “bridge” with melted white chocolate, prepared several days in advance and frozen. I used a plastic oblong bin about 6″ wide as a mold.

I originally made 4 legs from a small dowel trimmed to 2″ long and wrapped in rice krispie square, but they turned out to be not strong enough to support the weight of the cake.  Also made the head and ears from rice krispie squares. I trimmed the 4 layers so they would be flat when stacked, crumb coated and put in the fridge for about 15 minutes. I prepared a cake board the width of the plastic bin used for the chocolate mold, then cut the stacked cakes in half, and put one half on one end of the board, cut side in. Put the chocolate bridge up next to the cut side of the cake, attached with some butter cream. Filled the space with candies, then stuck the other cake half to close it all up, sealed again with some butter cream.

Back in the fridge to set up a bit. I trimmed the sides of the half-circle stack of cakes to be even with the bridge, then put it on top of the legs on the tray. The icing around the sides is done with flat side of the basket weave tip, and top, head and legs in stars.

I had to do this cake the night before, and as it sat I realized the legs were collapsing, so I took them off and made 2 “paws” in front of him! Sprinkled the tray with some assorted candies and voila!  The kids loved it especially the birthday girl who got to smash the cake with a hammer to reveal all the candies hidden inside.  I was told it’s my best design yet!! 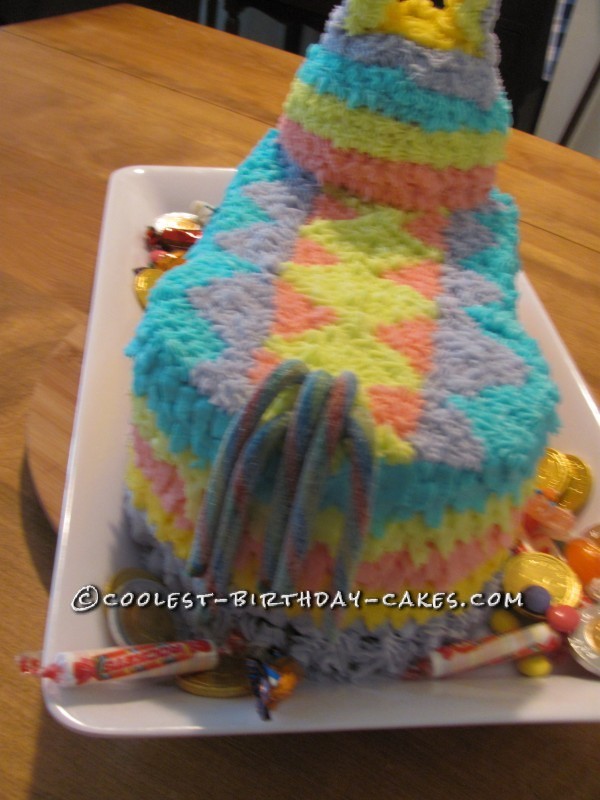 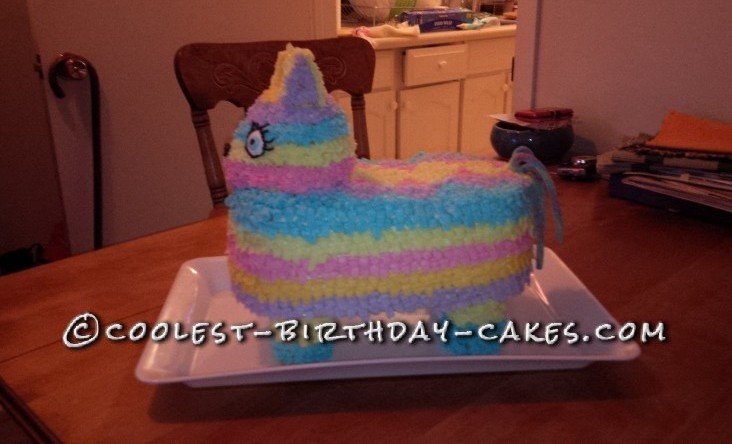