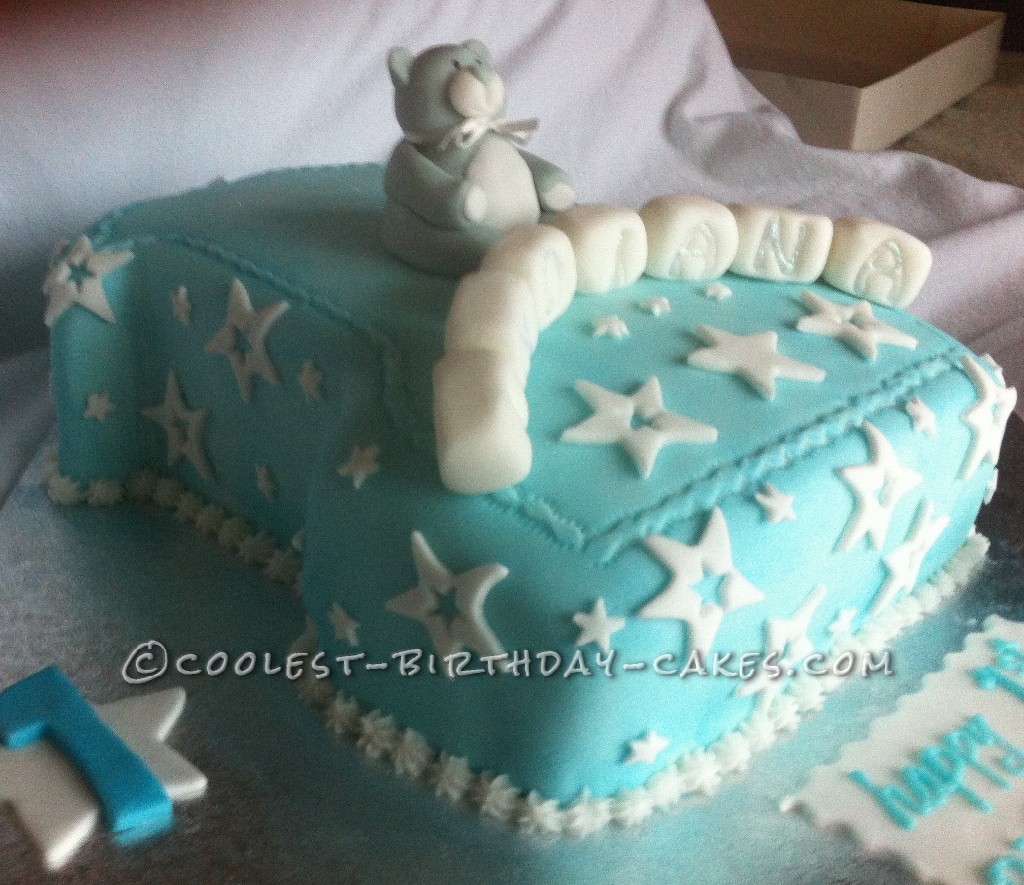 I love decorating cakes as a hobby. I was asked by a close friend to make a number one cake for her friend’s baby. This is how I made it:

I started by making a grey bear out of half flower paste and half roll out icing. This hardens better and is easier to model with. I made a grey bear and attached a white tummy and white pads on his feet and hands, then when he had hardened I attached a thin ribbon around it’s neck in a bow. Then I made a small bear in blue. I also made some white blocks out of icing and pressed the letters of the name in each  and in each letter I painted it with edible glitter.

I was now ready to bake the cake. I baked a 13 inch by 9 inch sponge cake. When this was cold I filled with butter cream and jam and placed on a board. I had made a number 1 template with a A4 size piece of paper. I placed this on the cake and cut around it. I then covered the whole cake in butter cream and placed in the freezer for ten minutes to chill, mean while I colored some icing with ice blue food coloring paste adding tiny specks of color until I had the desired color  I then rolled it out big enough to cover the whole cake. I covered the cake and cut, then pinched a pattern around the top edge of the cake

I cut out two more large stars for the cake board and cut out two number ones in blue and attached over the stars. I then cut out a rectangle in white to write the message happy 1st birthday and then I attached the small blue bear to the board.

The cake was now finished (my first number one cake). 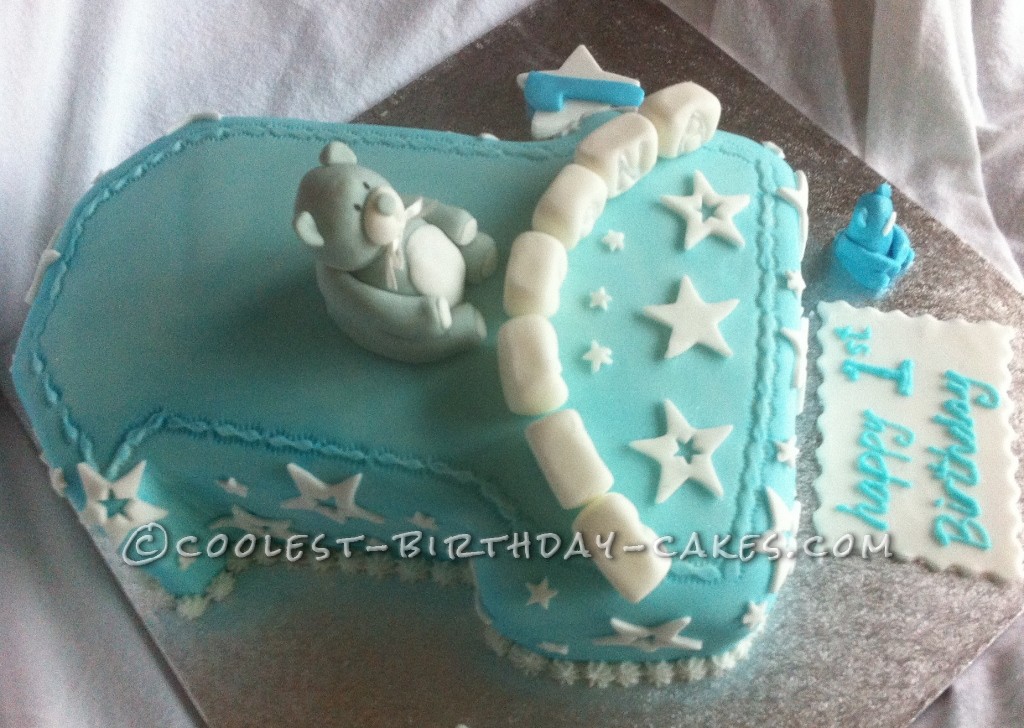 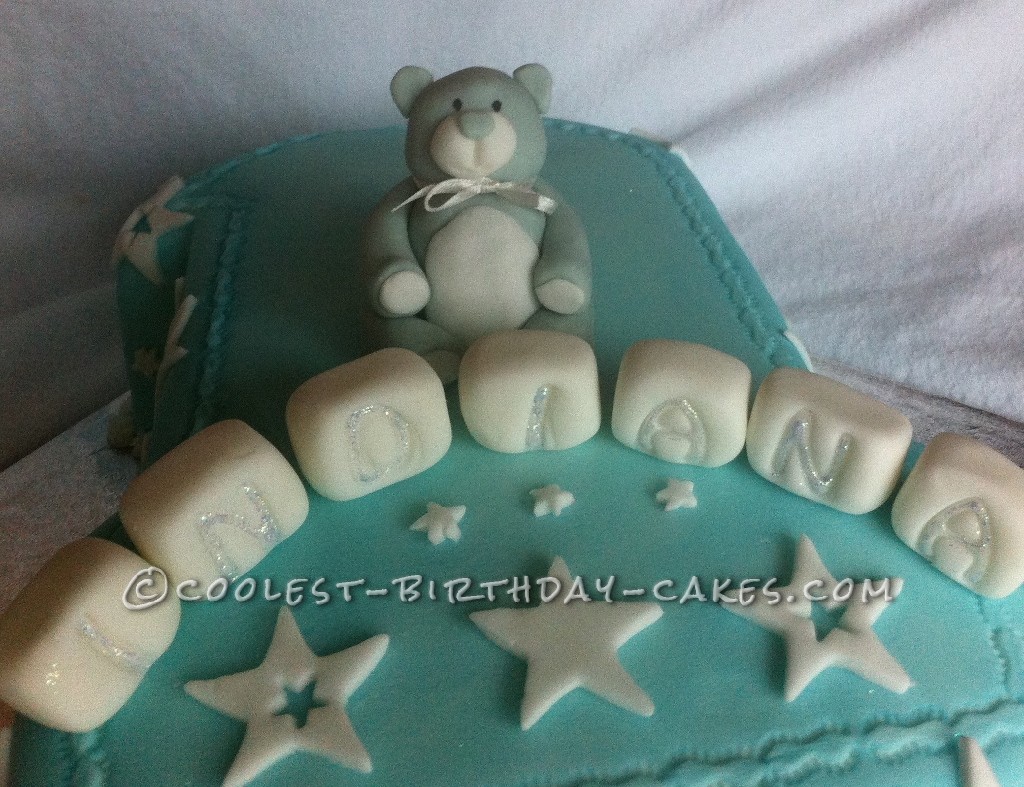 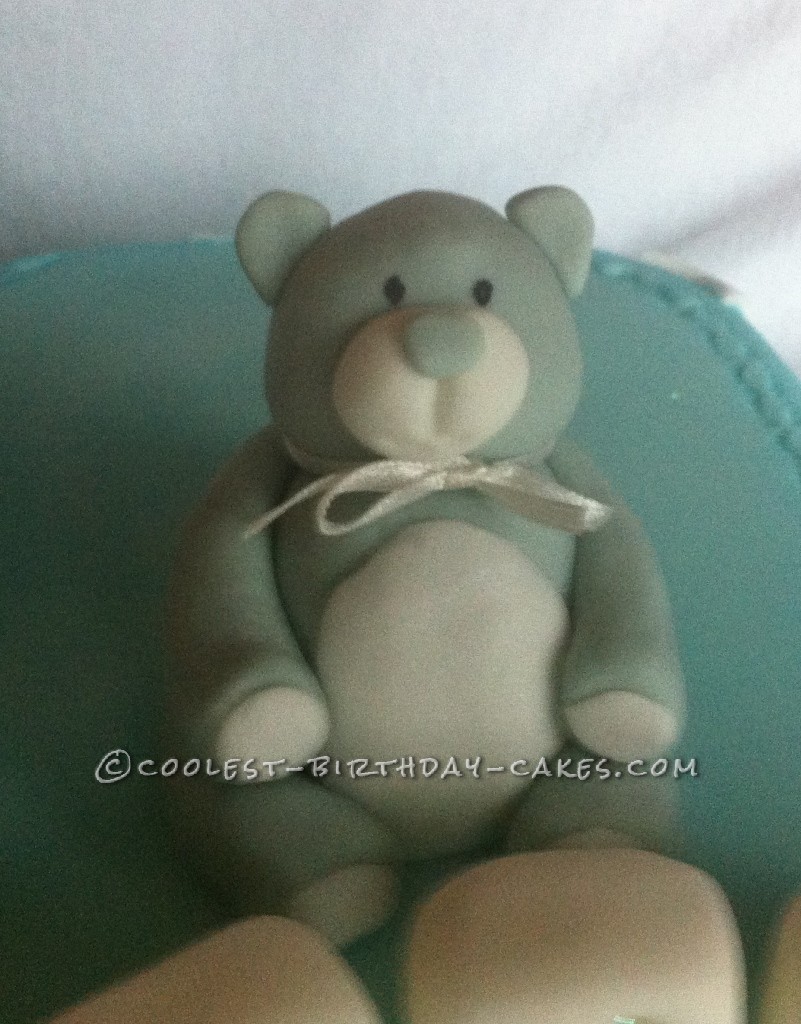