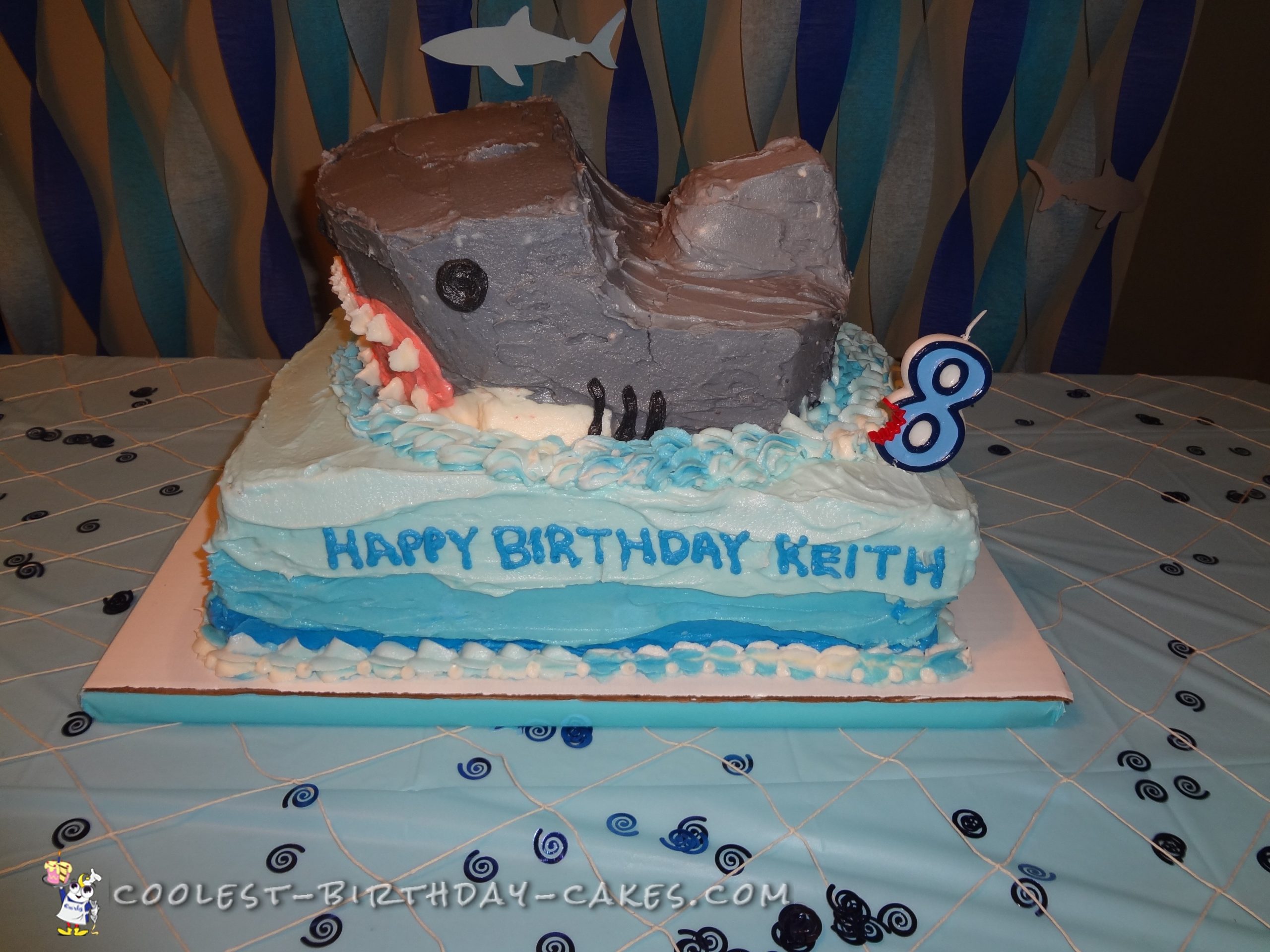 This is my oldest son’s 8th birthday cake.  We had a shark themed party.  He wanted a 3-D shark cake.

I did about four test cakes on this one.  I was wanting to make a shark’s head with its mouth open. (I have included a pic of the test cake)  I made this same cake in two different sizes.  I ended up with the same end result, complete collapse of the head.  It fell off backwards!  So I thought and thought of something else to do.   I decided to do a breaching shark with the water instead.

I made the shark body out of red velvet cake (from scratch.  I don’t use cake mixes as they are to airy for carving/stacking)  The base “water” part of the cake was a blue velvet cake.  As far as frosting the cake goes, I tried to do the base layer in an ombre style.  Didn’t quite turn out as I had hoped, but sill had a decent effect.  I used a large star tip to make “waves” as a border and around the shark.

I tried to make the shark a Great White.  I frosted it gray and white with a black eye.  I used a 104 tip to make the teeth. 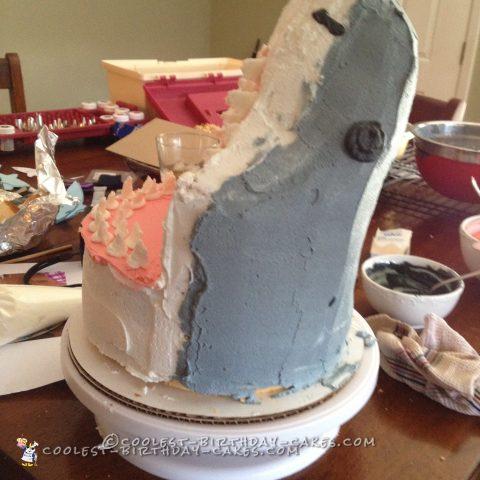