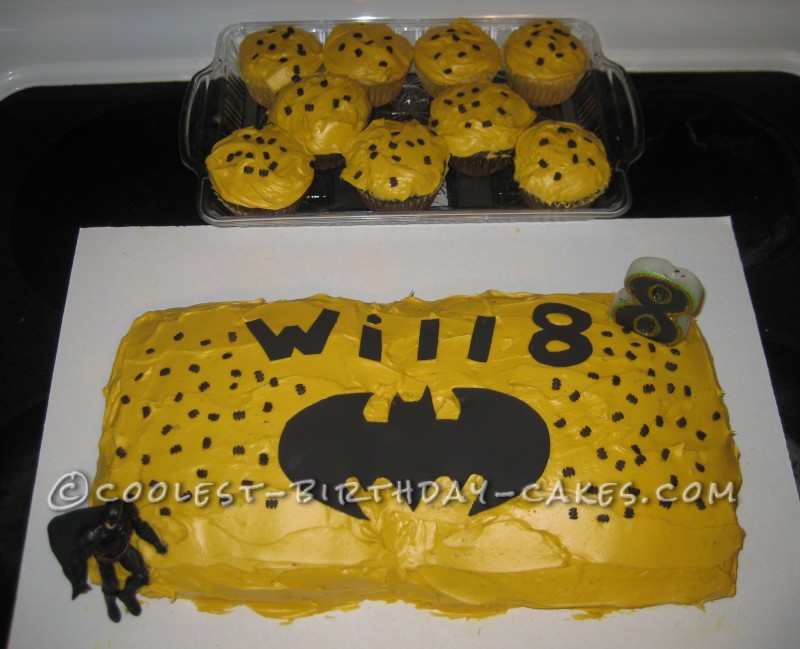 This Batman cake was a last minute type cake.  It was my oldest son’s eighth birthday and I didn’t have a thing  together for his party! I was still  getting used to raising twin babies! So, I grabbed a few things I had in the house and ran to the local craft store to get two other things.

If you have a Batman fan, I suggest picking up some bat candies or sprinkles around Halloween or on clearance after.  The cost of this cake was as cheap as it was easy. This one is a great cake for those who have little or no experience and are on a budget.  It was literally pulled together in a couple of hours with very little money.

Nobody could believe the story I told about how I pulled this cake together, but I assure you that is exactly how it was done, and with baby twins pulling at my legs the entire time!