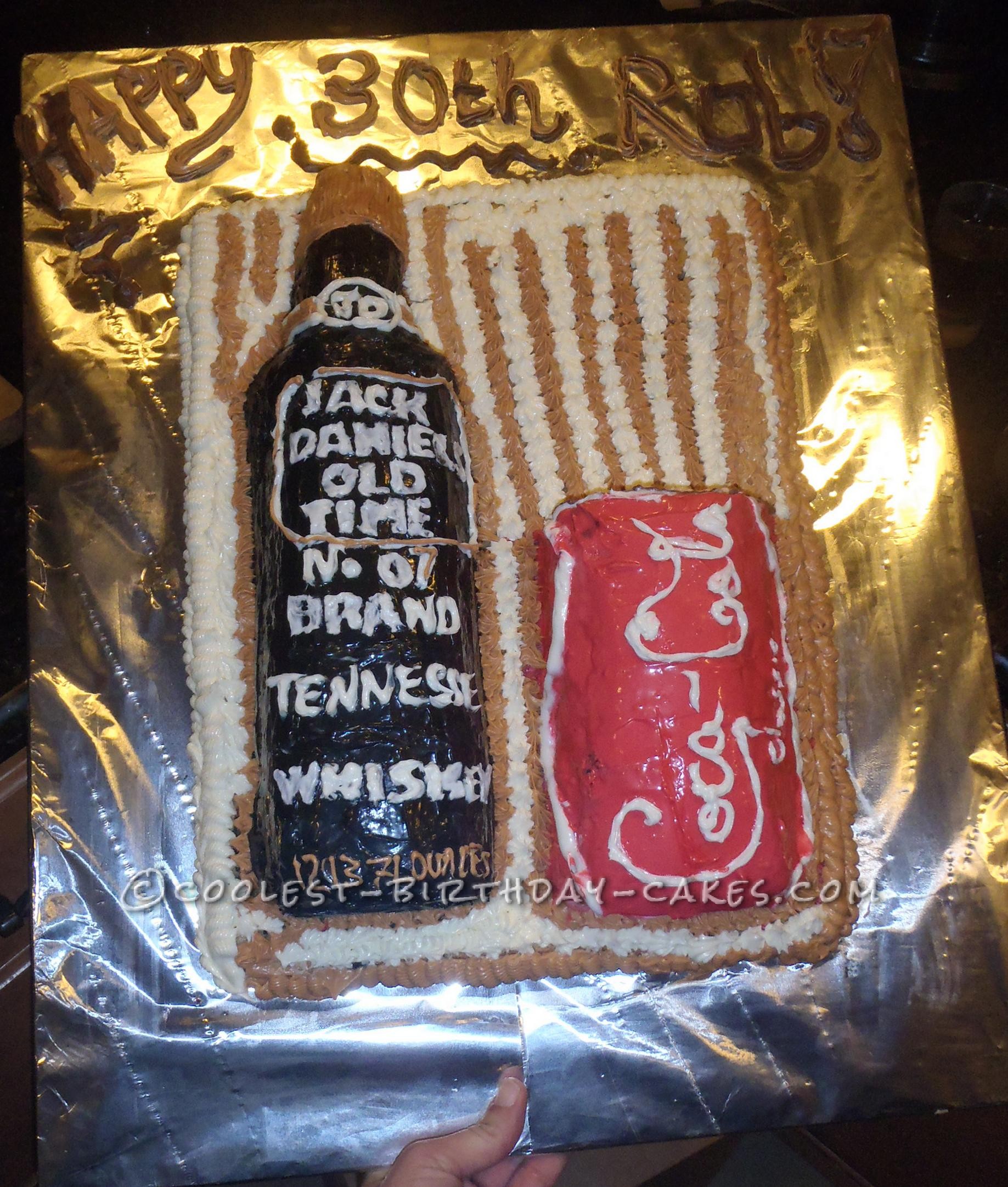 I had a last minute request from my sister the night before to make a cake so my fiance Eduardo got to work on it. I had no time to make the cakes so I bought him 3 flavors, dark chocolate, French vanilla and butter pecan. I baked the chocolate and French vanilla in a deep pan and the French vanilla on a sheet pan to make a small layer to put the bottles on.  We made a Jack Daniel’s and Coke cake.

We baked the cakes and carved them in the shapes of the bottles and I cut the Jack Daniel’s one in half, spread icing on it and strawberry preserve and then I iced the cake with chocolate icing dyed with Wilton’s black gel coloring. I iced the bottle black and put it in the fridge over night to harden and I took the coke bottle and shaped it like a can, cut it in half and filled it with chocolate cupcake pudding. Put the halves together and iced it with vanilla icing  I made red with food dye. I didn’t have the red gel coloring on hand. Would have come out better than the red I got, but we made due with what I had.

I put that in the fridge too to harden till morning  and I took them out the next day. I had bought black edible letters and iced them with the white frosting as the store only had black so I made them white to make the writing for the bottle. I used icing creations caramel icing to do the ribbon and cap on bottle and stars on board. I did the coke cola logo and the cap to can and star tipped the whole board in vanilla and caramel icing. It was a kinda rush job but my brother in law and everyone at the party loved it and I’m glad the way it turned out for the time frame. 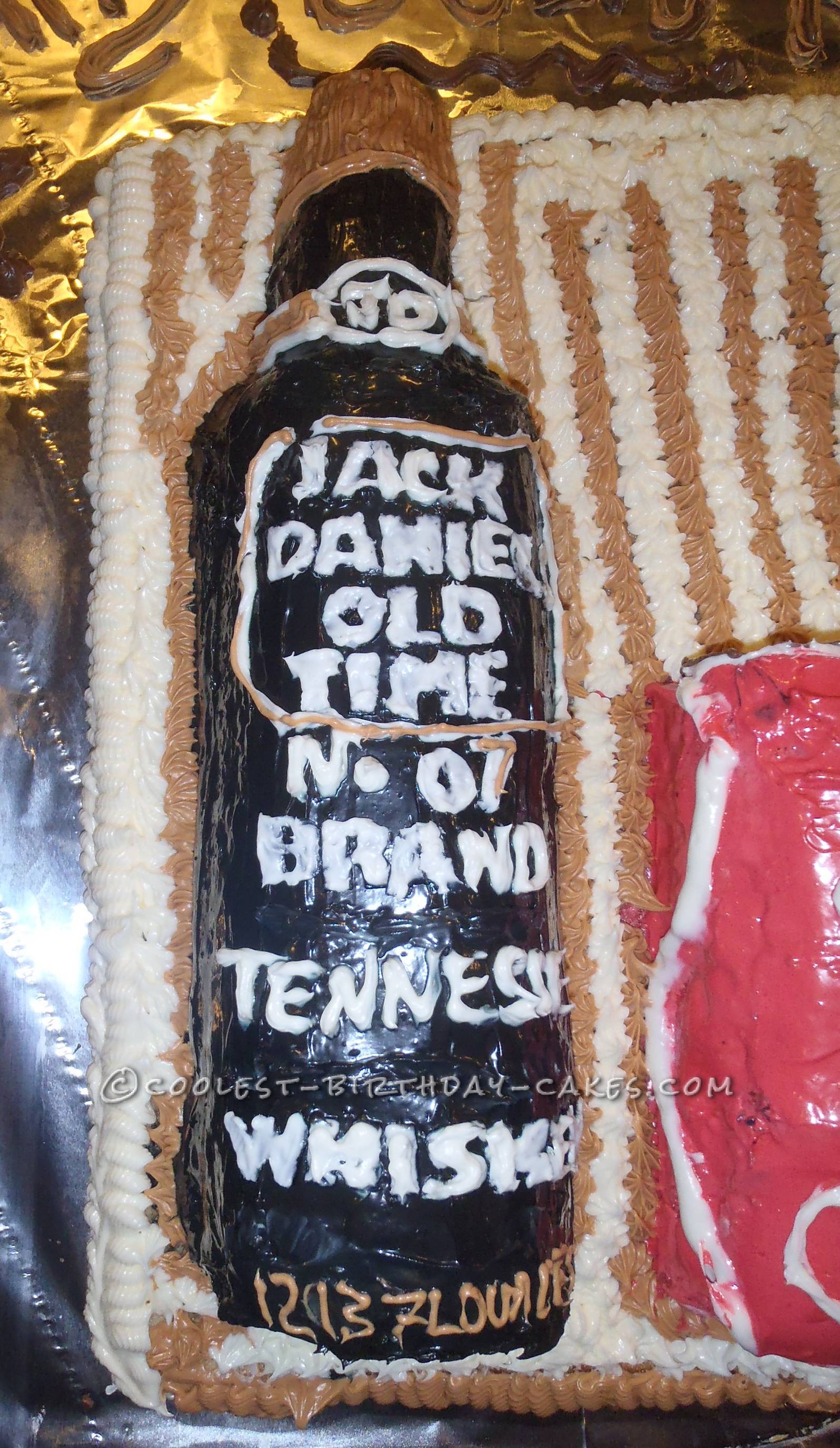 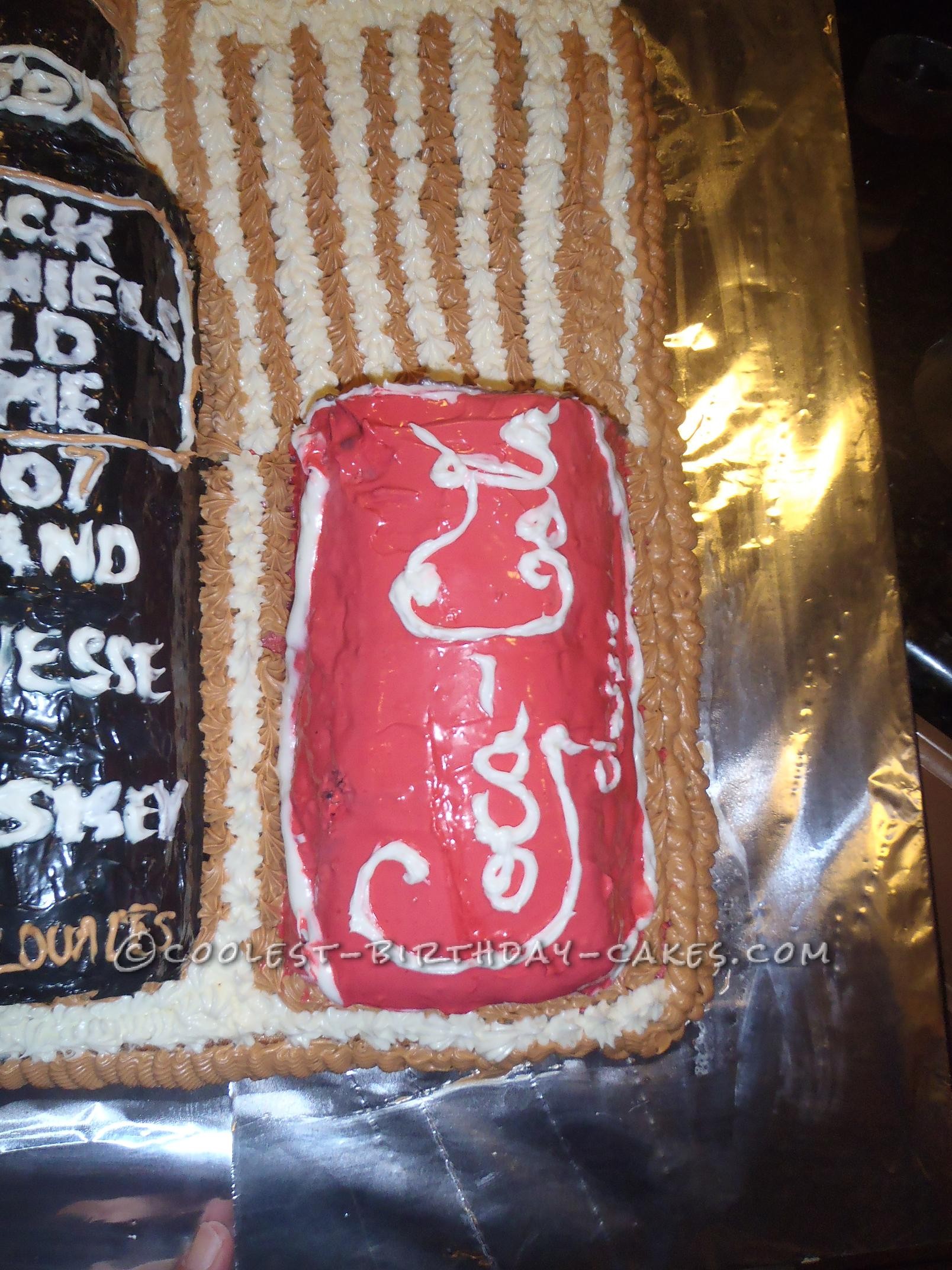