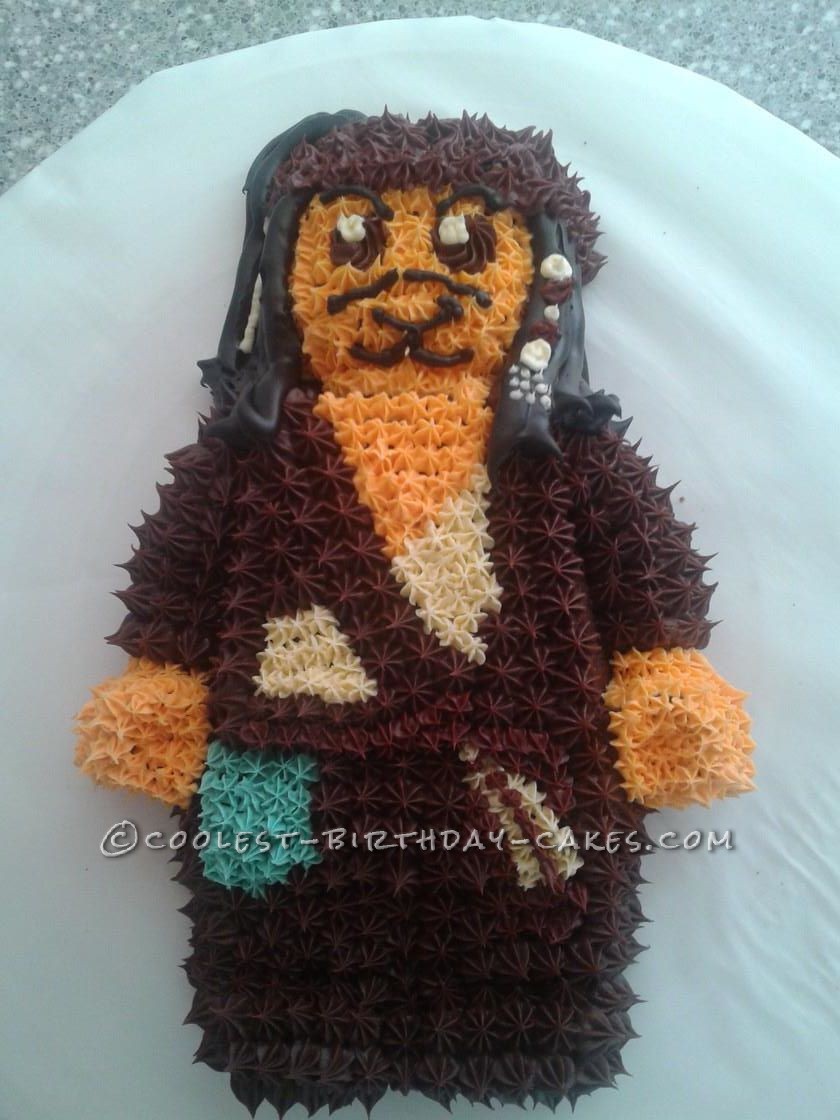 My son is obsessed with Legos, especially Pirates of the Caribbean. When he turned 5 he wanted a Captain Jack Sparrow cake. I found a Lego “man” pan on eBay in a set with a Lego brick cake pan, Lego brick mold and a minifigure mold.

Making Jack was much easier than I expected. To make black frosting, I started with chocolate frosting as the base. I also mixed red with the chocolate for other portions of his ensemble. For decorating I used the Wilton Star tip and his hair is made with the Wilton round tip. In order to get as close a resemblance as possible to Captain Jack, I sat with my son’s mini figure from his Lego sets. Everyone raved at how realistic it was because after all it was “Captain Jack Sparrow, saavy”