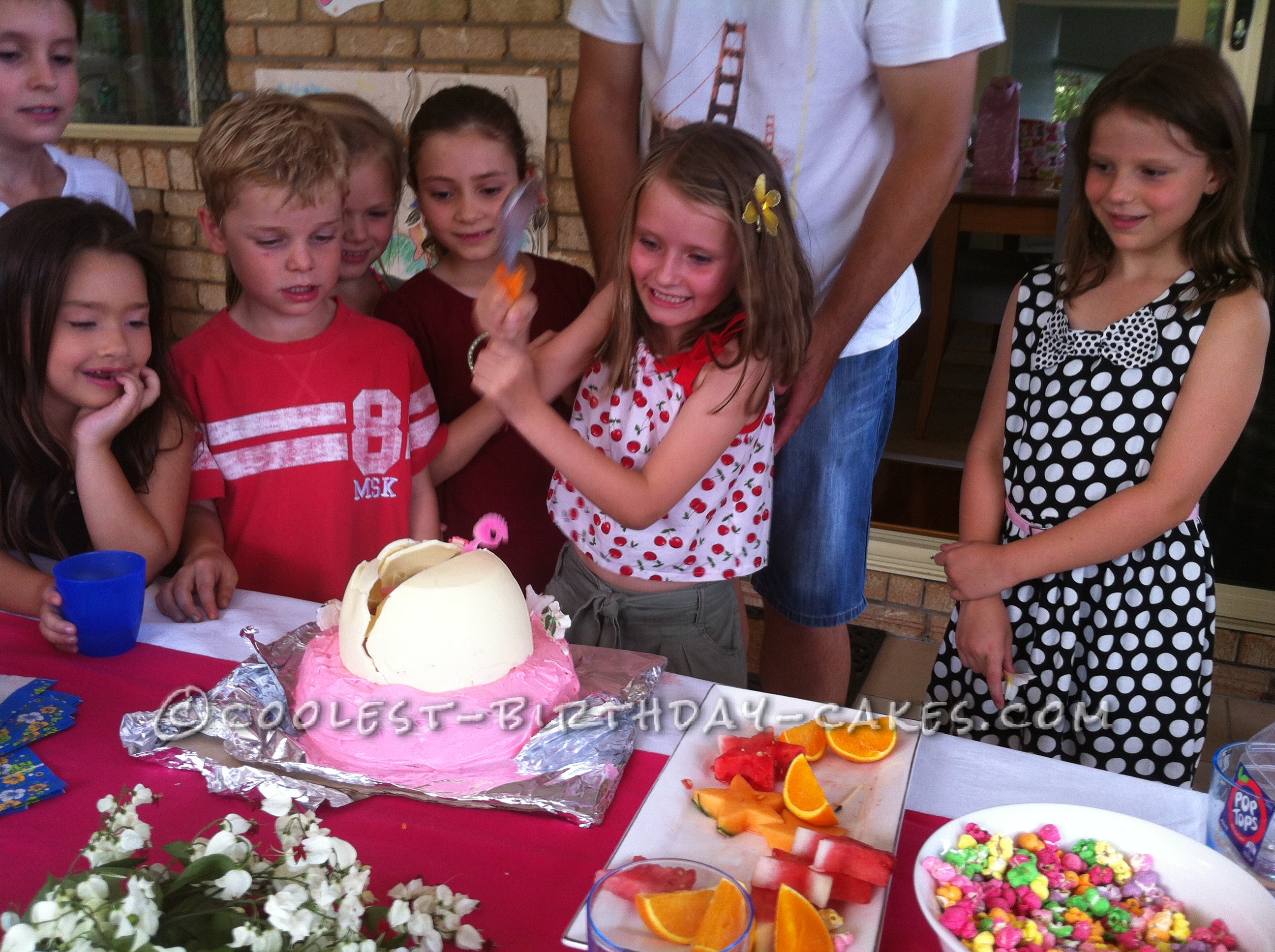 This was my husband’s first solo foray into birthday cake making for our kids – now he shows EVERYONE a photo.

He started by making a white chocolate shell (melting choc and swirling around the inside of a greased pudding tin and freezing – 3 layers on top of each other).

This would serve as the alien’s head.

He made it the week before just in case it didn’t work out. But amazingly it did – and popped out of the pudding tin smoothly when at room temperature.

A raspberry swirl cake with pink butter icing served as the base. It was then loaded with lollies (the alien’s insides) before the choc shell was placed on top. Coloured sugar paste formed eyes. He made them too thick to start and they looked clunky so I thinned them out before we stuck them on with melted choc. A rainbow ribbon lolly was added for a mouth and pipe cleaners were inserted (having first been heated) through the choc head.  The biggest trouble we had was when too much chocolate `glue’ was added to put on the eyes etc. I just waited until it hardened, then gently chipped it off or shaved it off with a knife.

Alien birthday candles added to the look and daughter cracked into the alien head with a metal salad server. The kids then loved pulling out the lolly entrails!

Sticky and sweet – but yum!