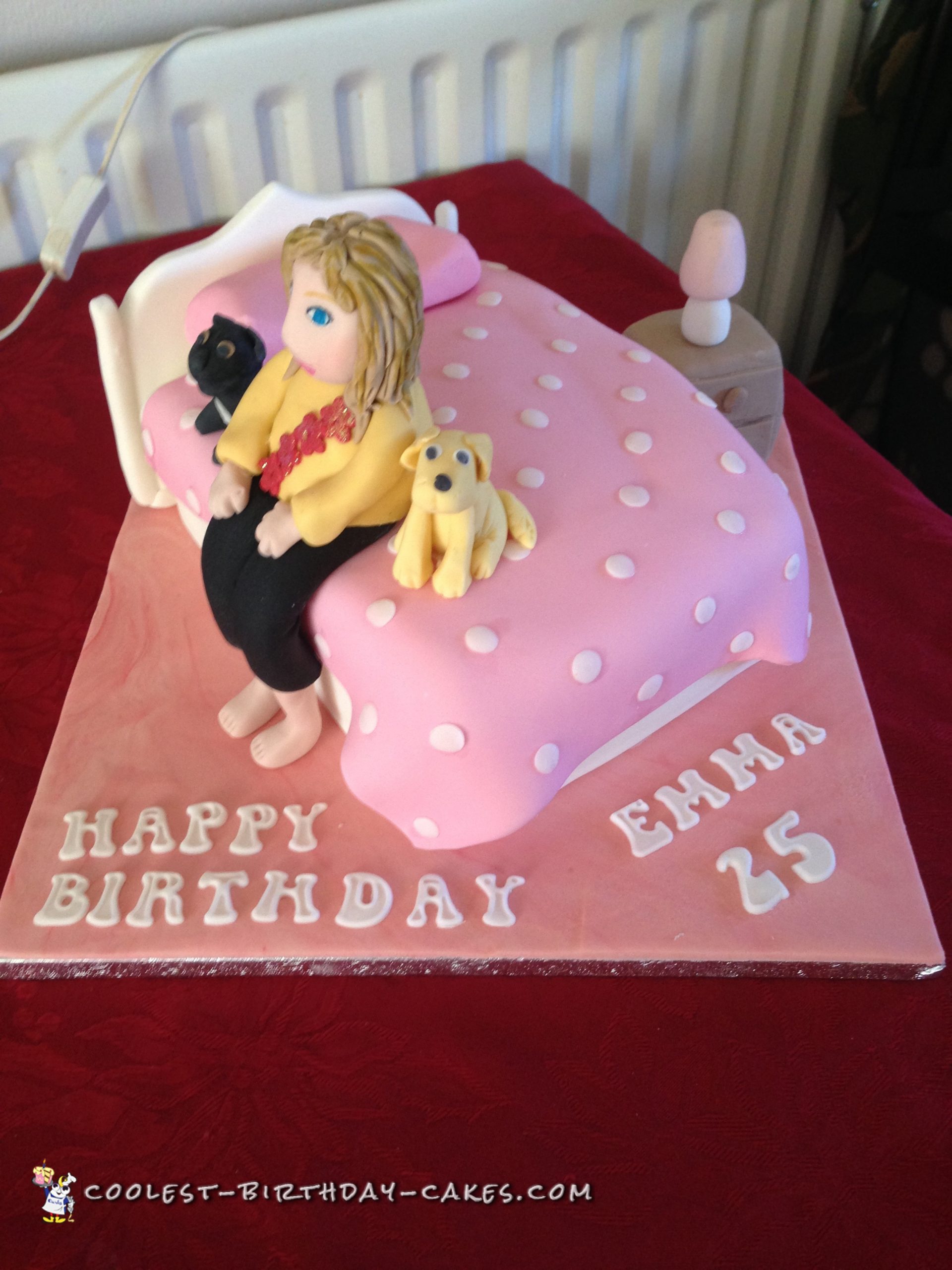 A friend of mine asked me to make a cake for her friend for her daughters birthday she was to become 25 years old. She decided she wanted a bed with two dogs sitting by the girl, so I started by making the two dogs she wanted a black stuffy and a golden labrador.

I then made a template for the headboard and made this using modelling paste and set aside to dry. Then I had to make a A4 size cake and when this was cold I cut it in half and attached them together using butter cream and jam and then I covered in a thin  layer of butter cream over the whole cake and placed in the freezer to chill.

After that I made the hair and then I attached the dogs by her side. Finally I cut out the wording and attached to the cake board. All I needed to do now was make the cupboard and lamp to make it look like a bedroom and the cake is finished!

Glass Slipper on a Pillow Cake