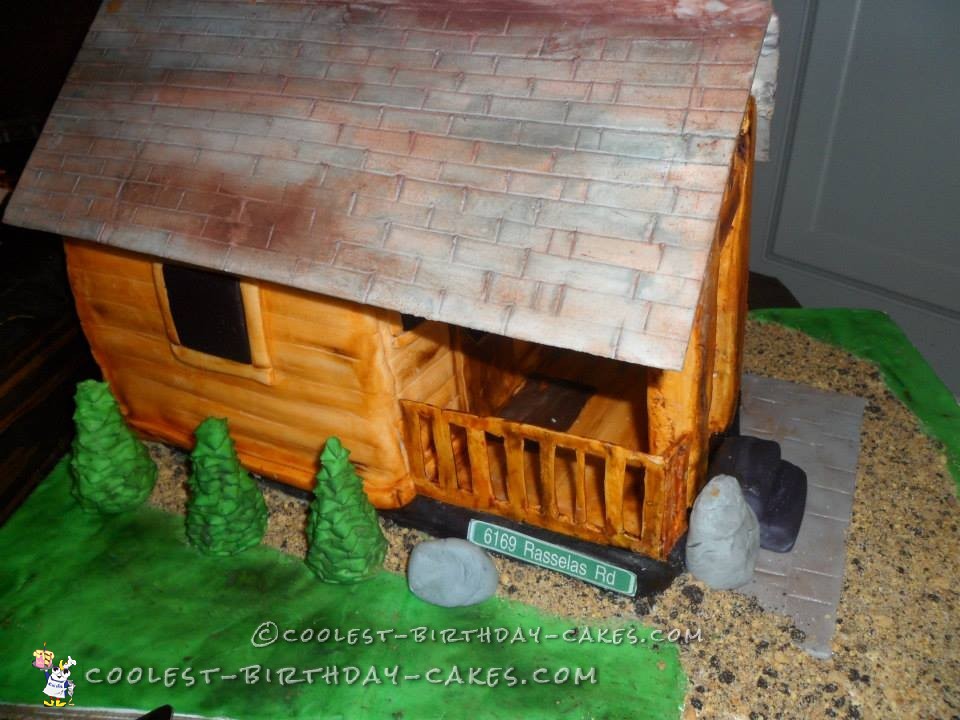 This is a camp cake from the Groom’s actual camp! My friend who was getting married never heard of a Groom’s cake when I told her about it. She was thrilled and wanted me to do their camp because it was his pride and joy because he built it from the ground up!

So I took a ride to their camp and started taking pictures a lot of pictures but as I was snooping (lol) I noticed camera’s everywhere! I freaked out because it was suppose to be a surprise! I called my friend and asked her if he ever watched the tapes and she said she had it covered! She had already told her fiance that I was interested in building a camp and I was going to get ideas on what I wanted!

Okay so the day of the wedding when the cake was revealed to him he was in shock! He could not believe it was all edible! He then told me how he forgot that his fiance said I would be there to take pictures and didn’t realize it was me and he flipped when he saw someone around his camp taking pictures, he said he almost called the cops! Oh the things we do for cake inspiration!

I used gumpaste for the roof and the rest is cake and fondant. It was the talk of the reception! And thats my story! Thanks