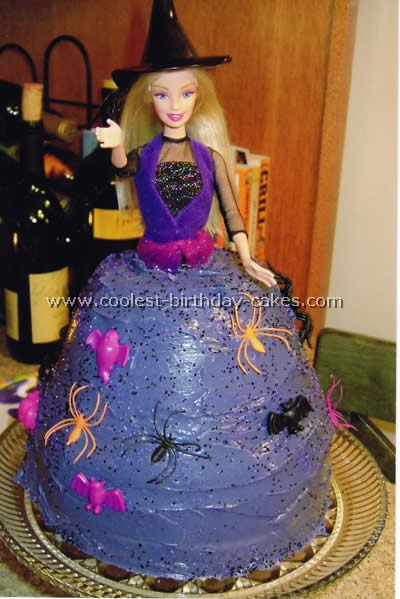 This Barbie Doll Witch cake is very simple to make. I baked this for my daughter’s birthday in October. I used one boxed cake mix and baked in a Pampered Chef 2qt bowl for the dress (bake at 320 for 1.5 hours). Bake another boxed cake mix and (2) 8” cake pans to give the cake some height follow baking directions on package. All cakes must be complete cooled before assembly. 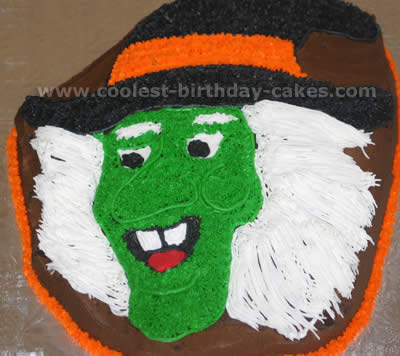 With this cake I used a witch cake pan that I rented, the instructions were on the pan, so it made it easy to prepare. I used Wilton butter cream icing since it is the best for decorating. My cousins really loved it and so did my family. 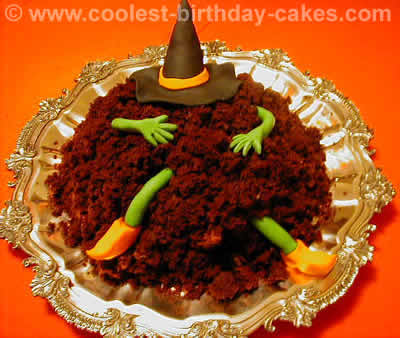 For this Witch cake I used a Chocolate cake (three rounds). You frost two with chocolate icing, then crumble the third layer of the cake to resemble dirt and scatter on top of the frosted cake. (It’s good if the frosting on the cake is in lumps, it better resembles a mound.)

Tint marzipan or fondant in three colors – green, orange and black. Create green arms and legs, orange shoes and hat ribbon. Cut a circle from rolled black fondant/marzipan, and shape it around an ice cream cone for the hat. 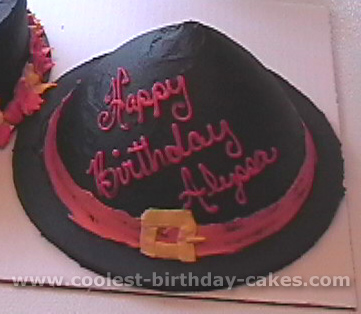 I did a witch cake for a friend who was having a Halloween-themed birthday party. The birthday girl was dressing up like a witch and so I made a witch’s hat and caldron.

I made the witches hat out of the Wilton Wonder Mold Cake Pan, and put some black icing on the cake board for the rim of the hat. The caldron was made from an 8″ double layer. I cut out some of the top and filled with green tinted piping gel, put in gummy worms and a couple plastic flies on top. The handle of the caldron was made from black licorice that was put together with some wire. 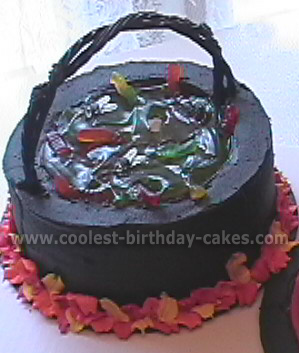