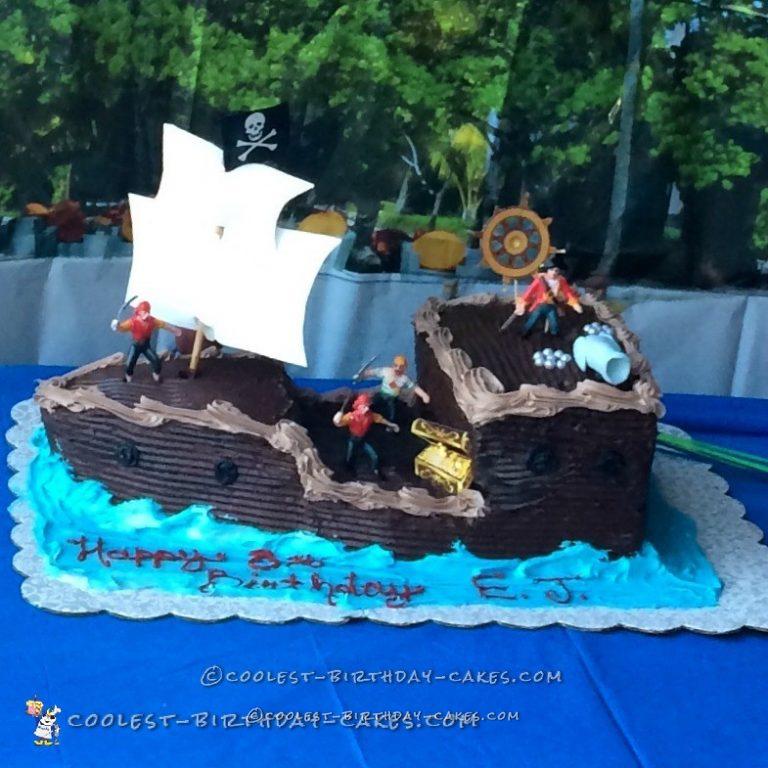 I made this pirate ship birthday cake for my son.  I am a bargain shopper, so coming up with his 8th birthday party theme was challenging.  I didn’t want to do what all the other kids are doing so the search was on.

I happened to be at a second hand store and I couldn’t believe it! I found a huge bag of pirate decorations for a party. And the cost for it all was only $5!

I was inspired to create the coolest pirate ship cake for my son. So this is what I did….

Of course my son said it was the best pirate ship he had ever seen (and the only one… lol). It was a fun cake to make since I got to make it out of my inspiration… my $5 treasure! 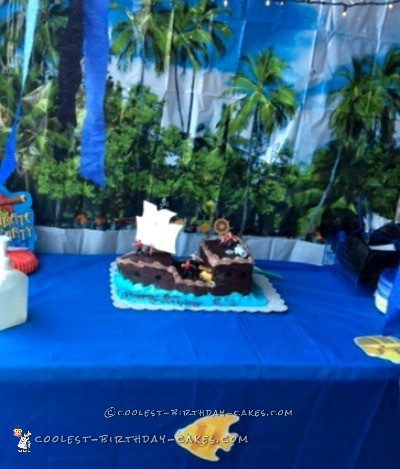