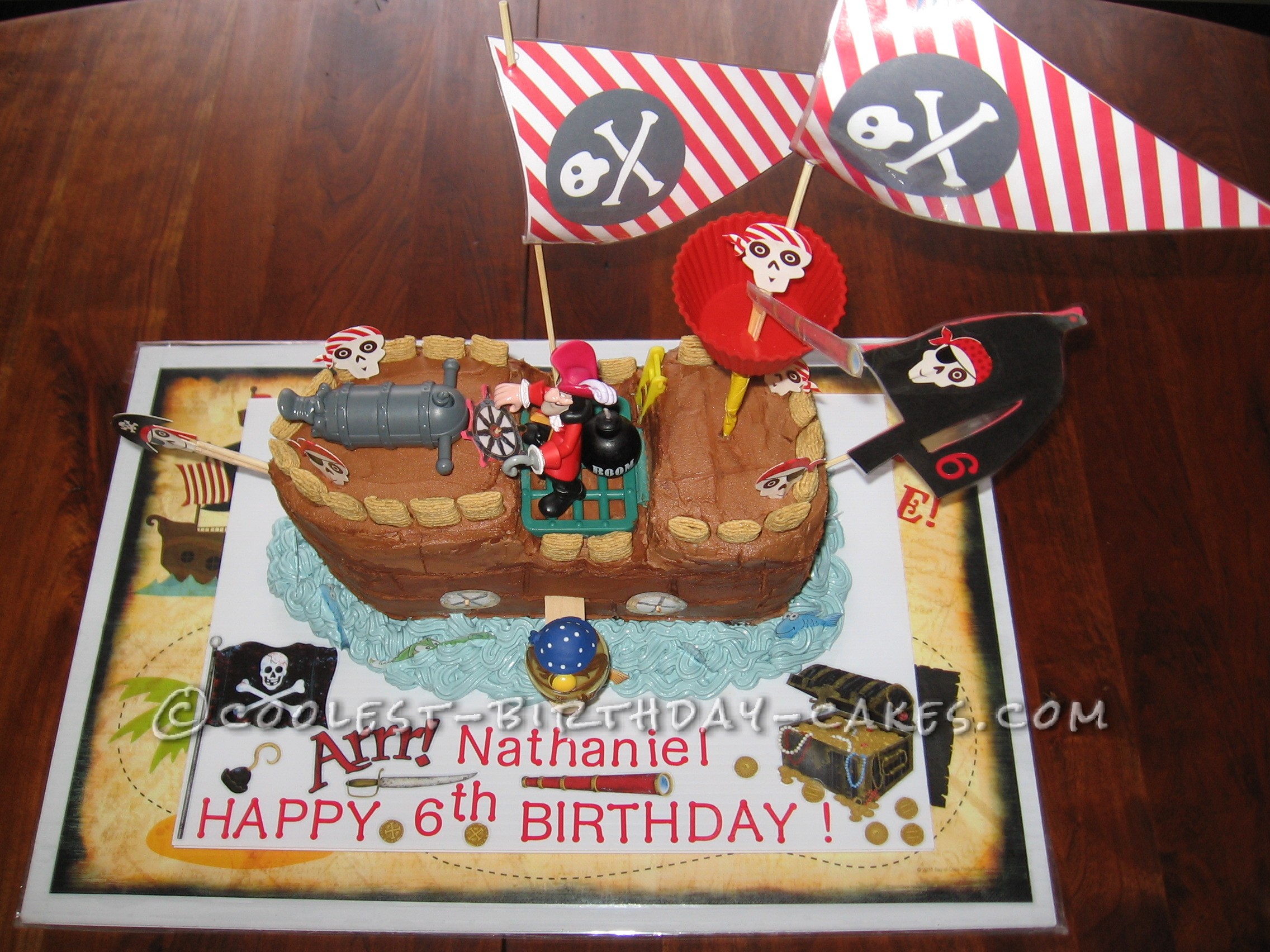 My grandson asked me to make a Pirate Ship cake for his 6th birthday.  The first one I made was for his 4th birthday and evidently it was a big hit. I have learned a few things since I made the last one. First of all the ship holds up better if it is made from a pound cake.  Second, instead of cutting out the levels and holding them together with wooden skewers, it is easier to stack two pound cakes and carve out the top layer.  This really is an easy cake to make. If you really want to save time you can use a couple of pound cakes from the freezer section of your grocery store.

First make two pound cakes, cool on rack and freeze. Freezing the cake makes it easier to cut out the shape. After cutting out the shape of the ship you will need to crumb coat it and return it to the freezer. I usually make a cream cheese butter cream icing for all my cakes but for this one, I used Wilton’s chocolate butter cream icing. After decorating the cake with icing I used a pop cycle stick to draw on the shape of the boards. I used Quaker oatmeal squares for the ship’s railing. I used a pop cycle stick for the plank.

I used a plastic trap door from one of my grandson’s ships.  The ladder was off one of my son’s toys that I had saved for 34 years. For the lookout, I used a rubber cupcake holder and attached a pirate, telescope and pirate flag. With the exception of the pirate cupcake picks I made all the flags, windows and fish.  I laminated them and attached them to the cake with toothpicks. These were all things I had on hand.  Just use your imagination.  I found the candles at a local party shop. There were exactly 6 candles and a cannon ball in the package. They were a perfect addition to the cake.

I decorated a cake board with stickers and placed the ship on the cake board.  The water was made from icing and piped on with a Wilton decorator tip.  For this icing I used Cool Whip cream cheese icing and tinted it with blue cake coloring. The icing was light and fluffy and made good waves.

For the decorations I attached a treasure map to a large cake board and laminated it.  I placed the cupcakes on the board.  After the party it can be used as a placemat so I made one for each grandson.  For an extra treat I had clear cups of blue Jell-O topped with an orange slice in the shape of a boat and pirate flag pick.

To make the pirate adventure more authentic and escape the cold February weather the party was held at a local indoor pool. 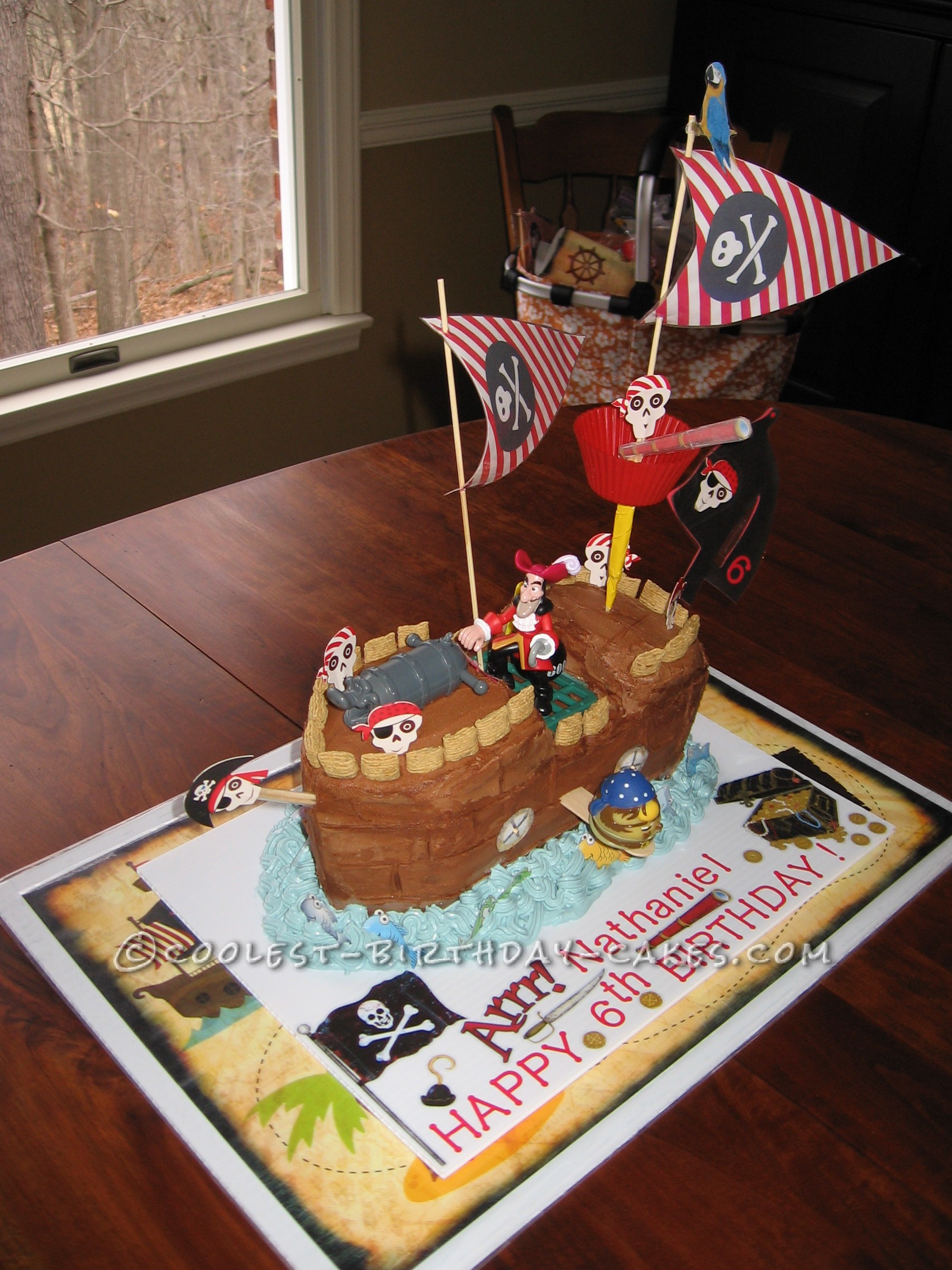 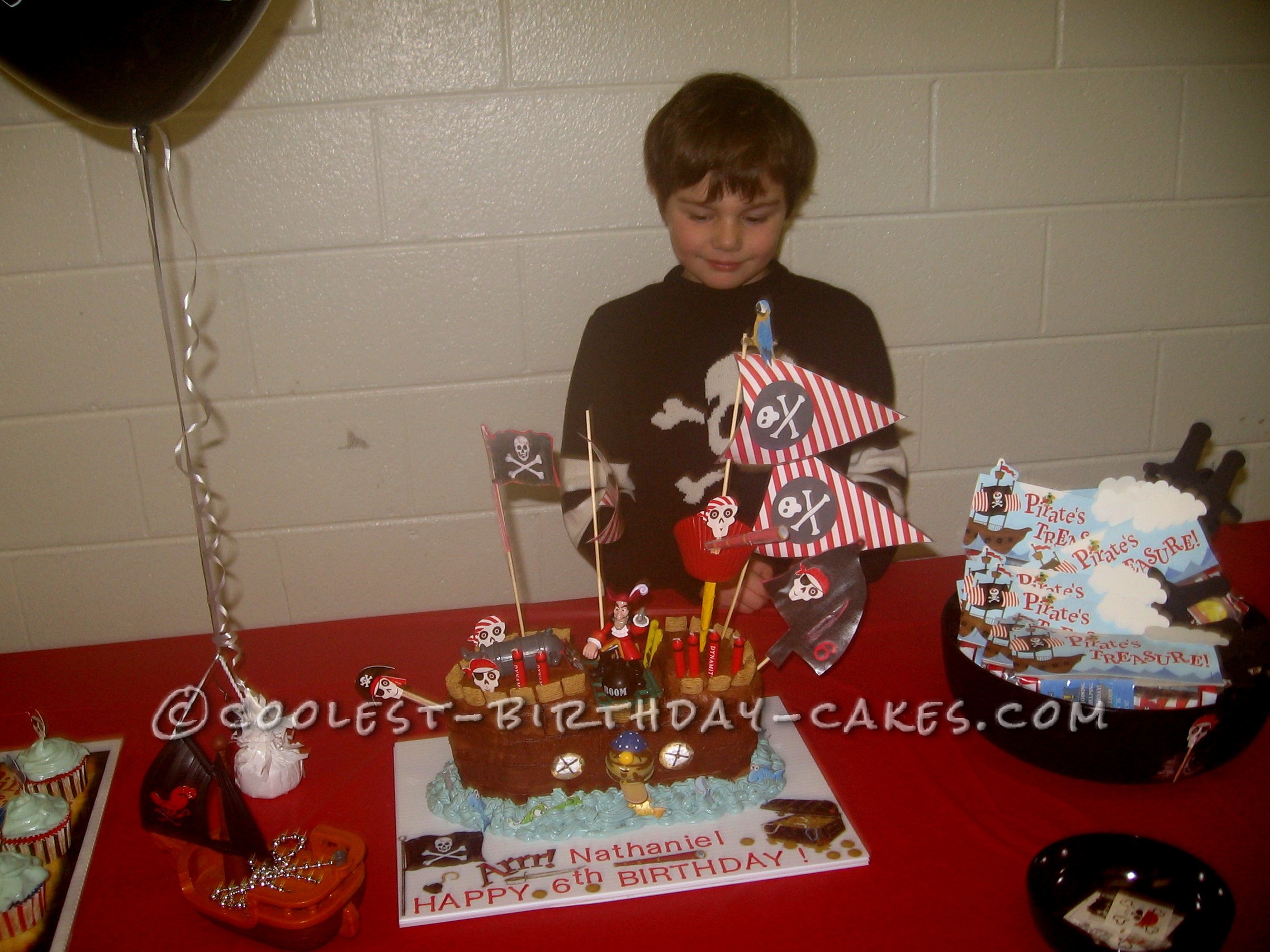