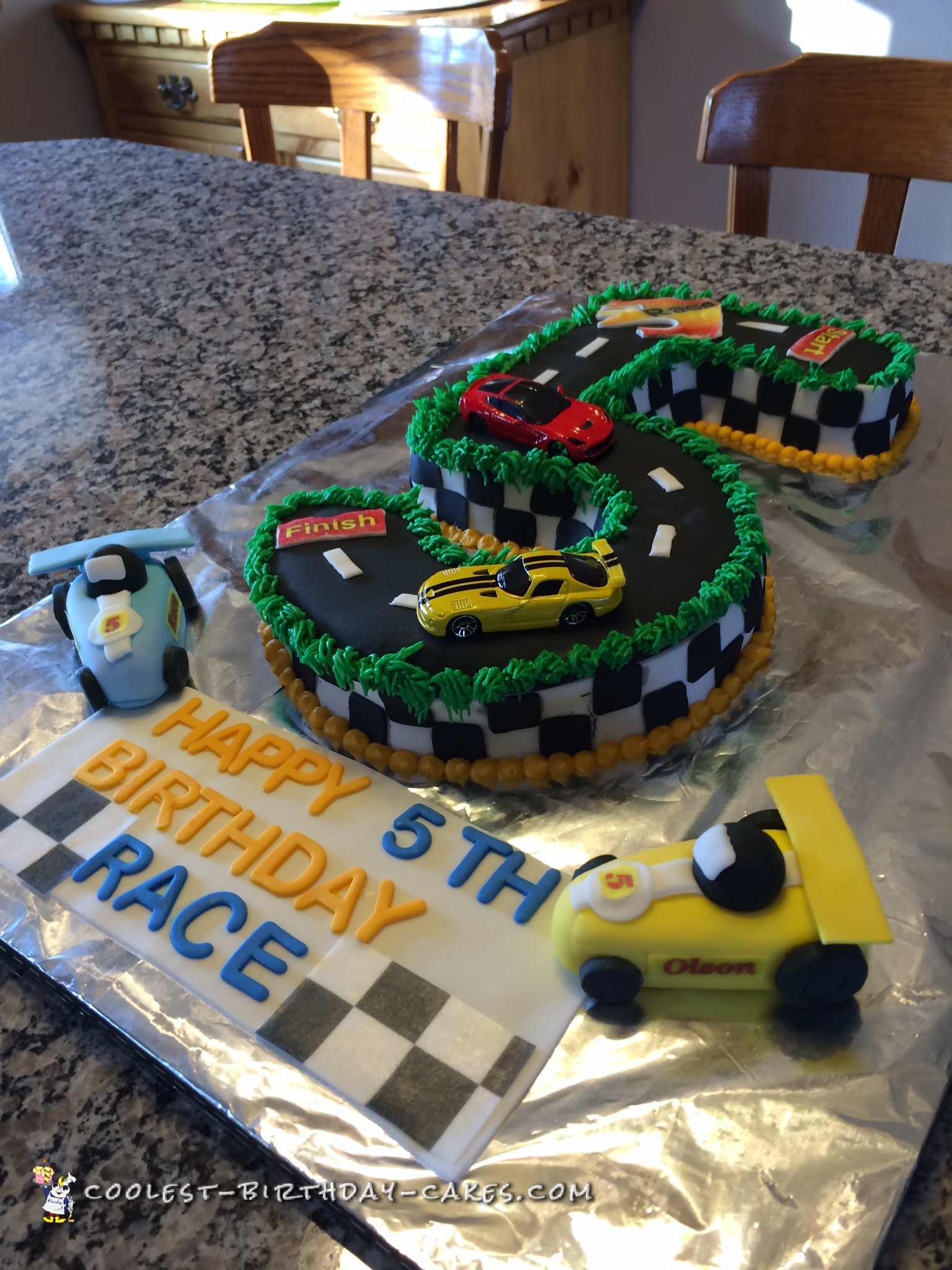 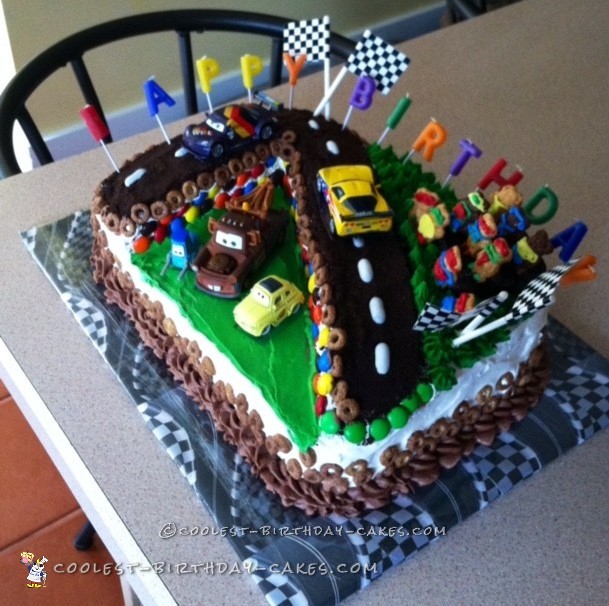 My nephew is into racing. When I made this race car birthday cake for his 7th birthday, he was also into the movie Cars. This is the cake I came up with. Cars Race Track Birthday Cake Instructions I baked a 13″ x 9″ cake and cut out the inside of the 7 (v shape). … Read more 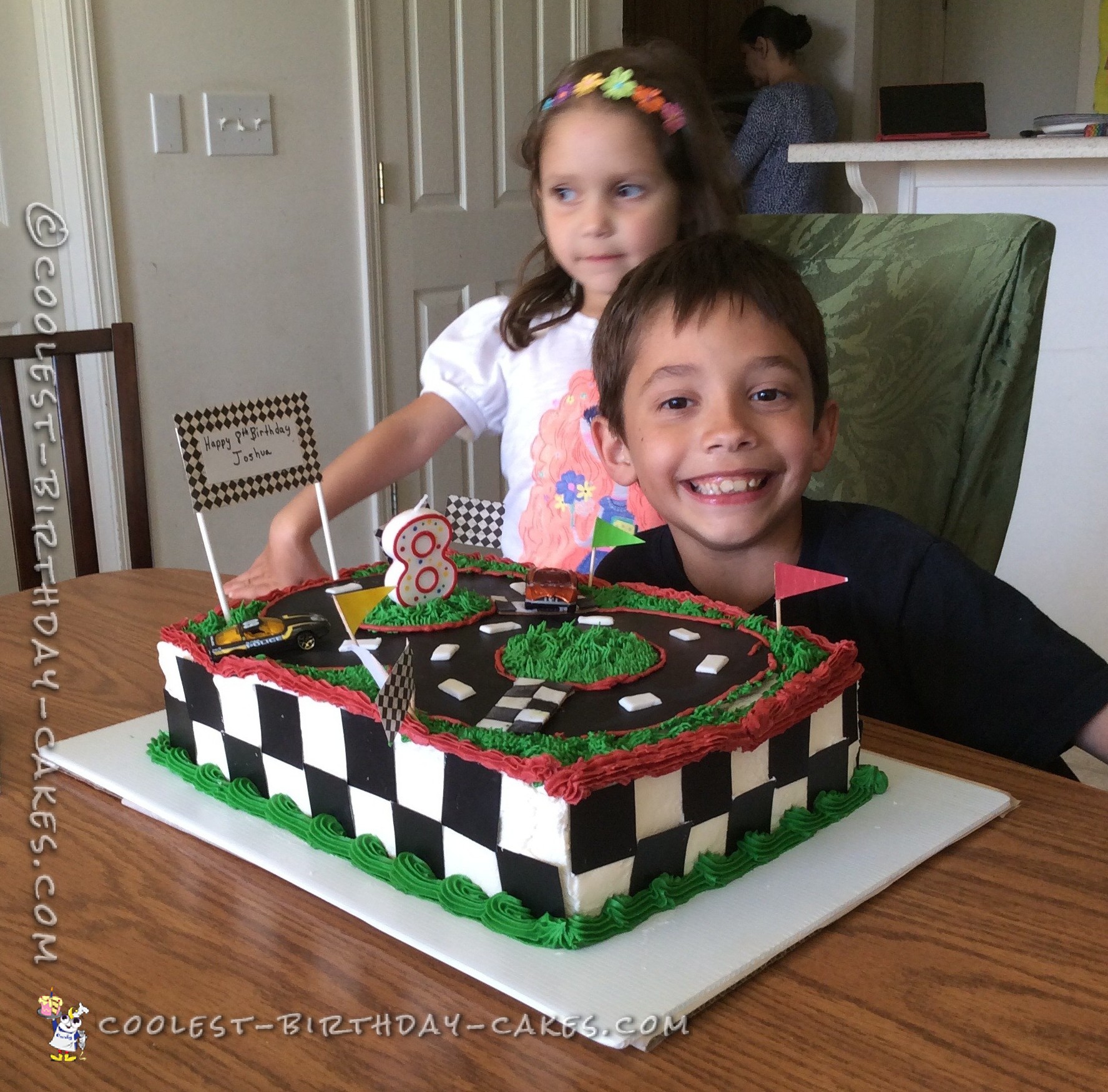 As you can see from the photo, this race car track birthday cake with made in celebration of a young man’s 8th birthday and resulted in a huge smile of appreciation. Race Car Track Birthday Cake Instructions I made two layers of cake in two 9by 13 inch pans, one white cake and one chocolate. … Read more 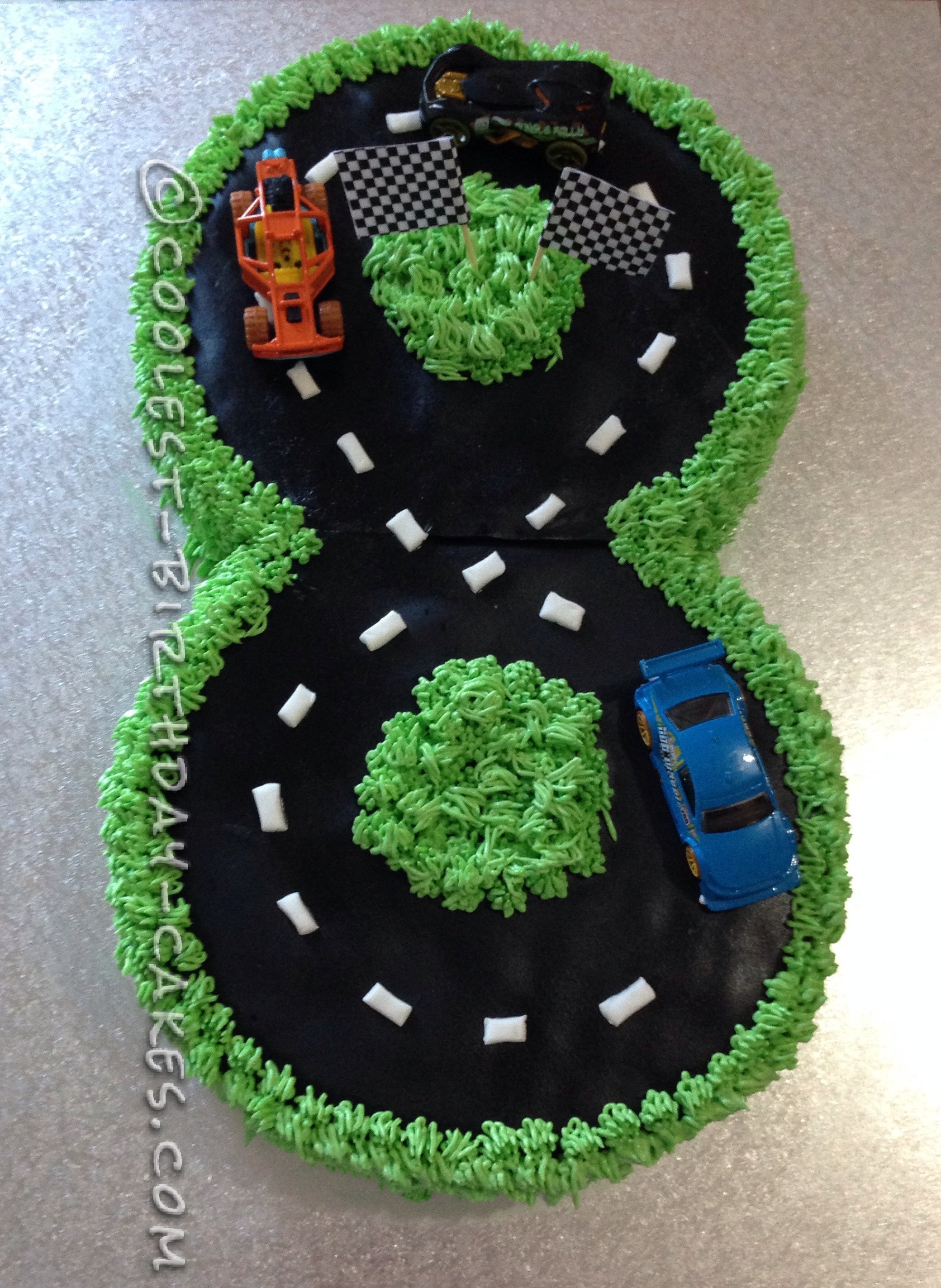 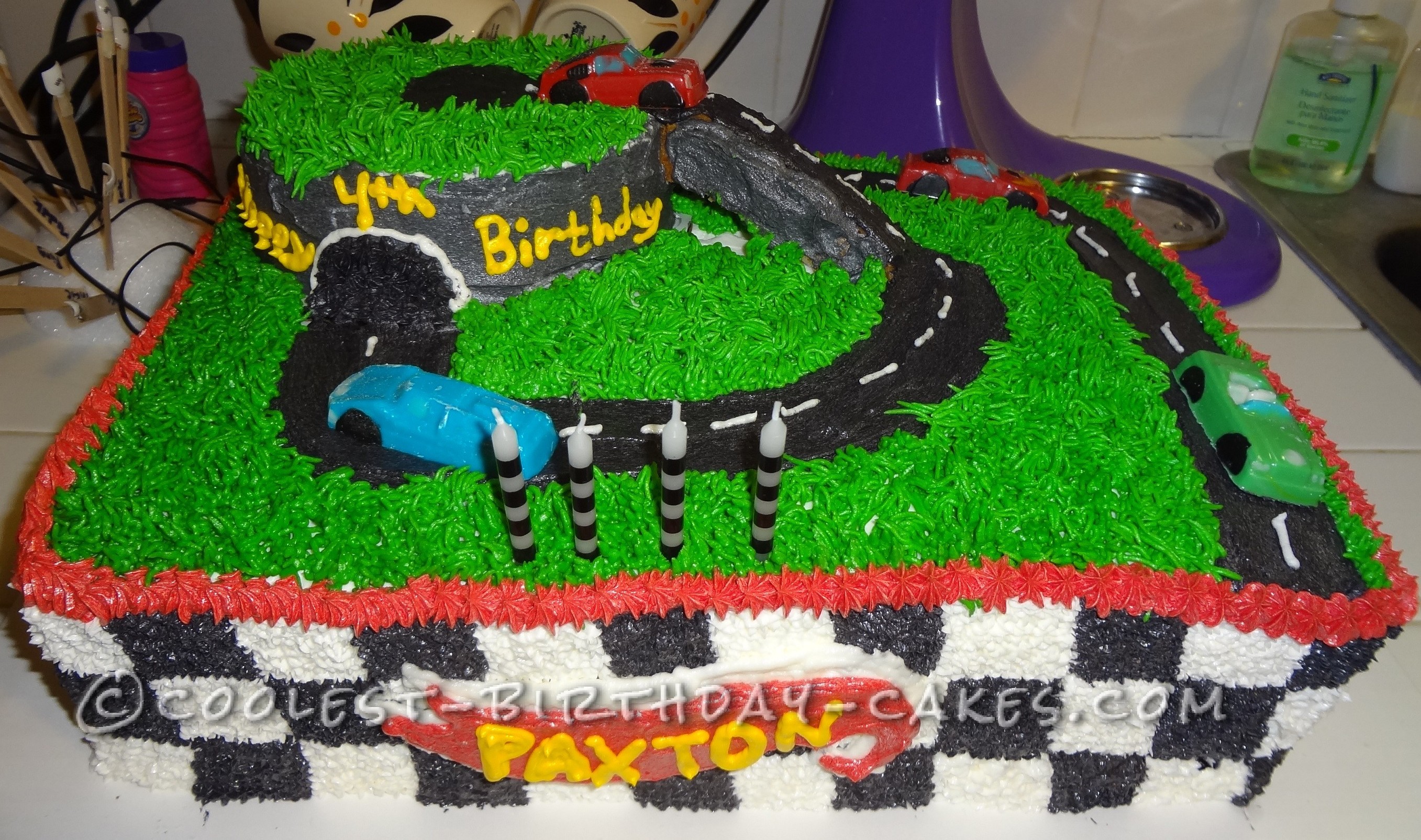 For my youngest son’s 4th birthday, we went with a Hot Wheels theme.  He LOVES cars, so it was a no brainer. To create this Hot Wheels racetrack birthday cake I made two 11×15 sheet cakes, one in chocolate (Wilton’s chocolate grooms cake) the other white (Wilton’s yellow cake).  I made one 6″ round cake … Read more 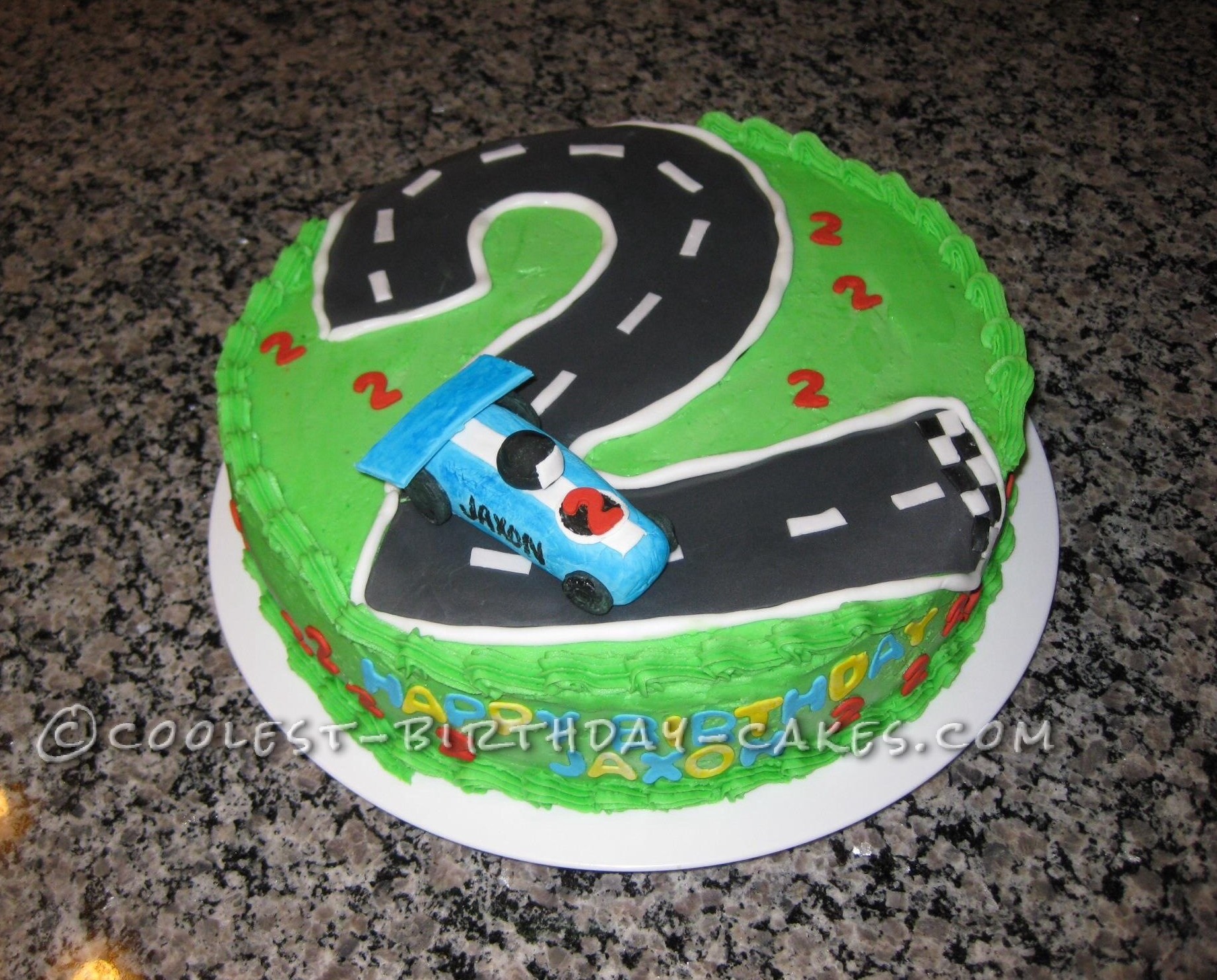 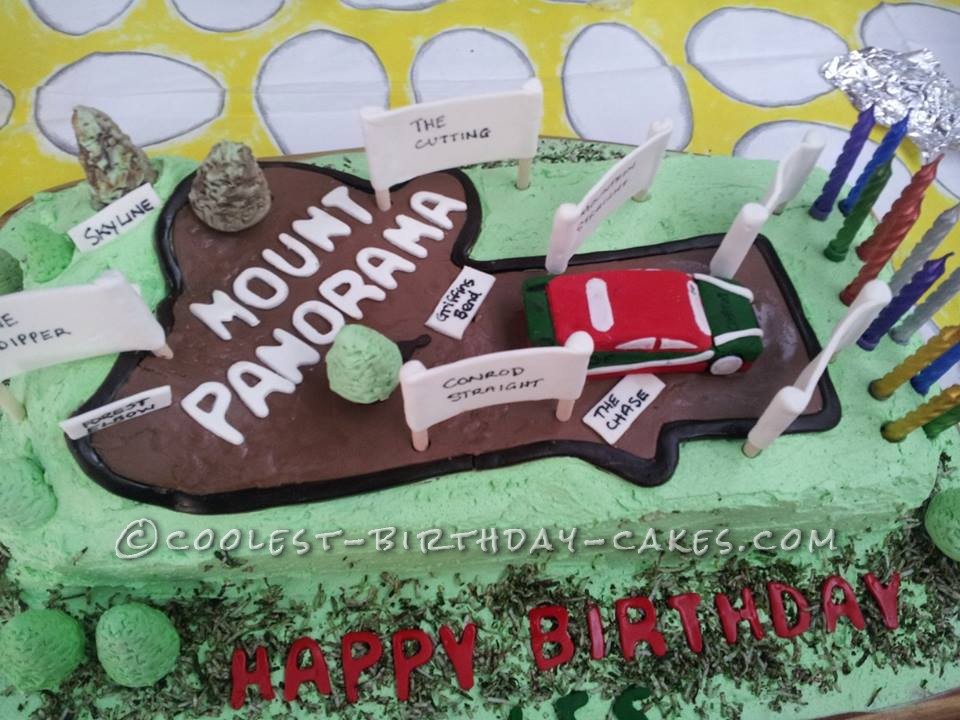 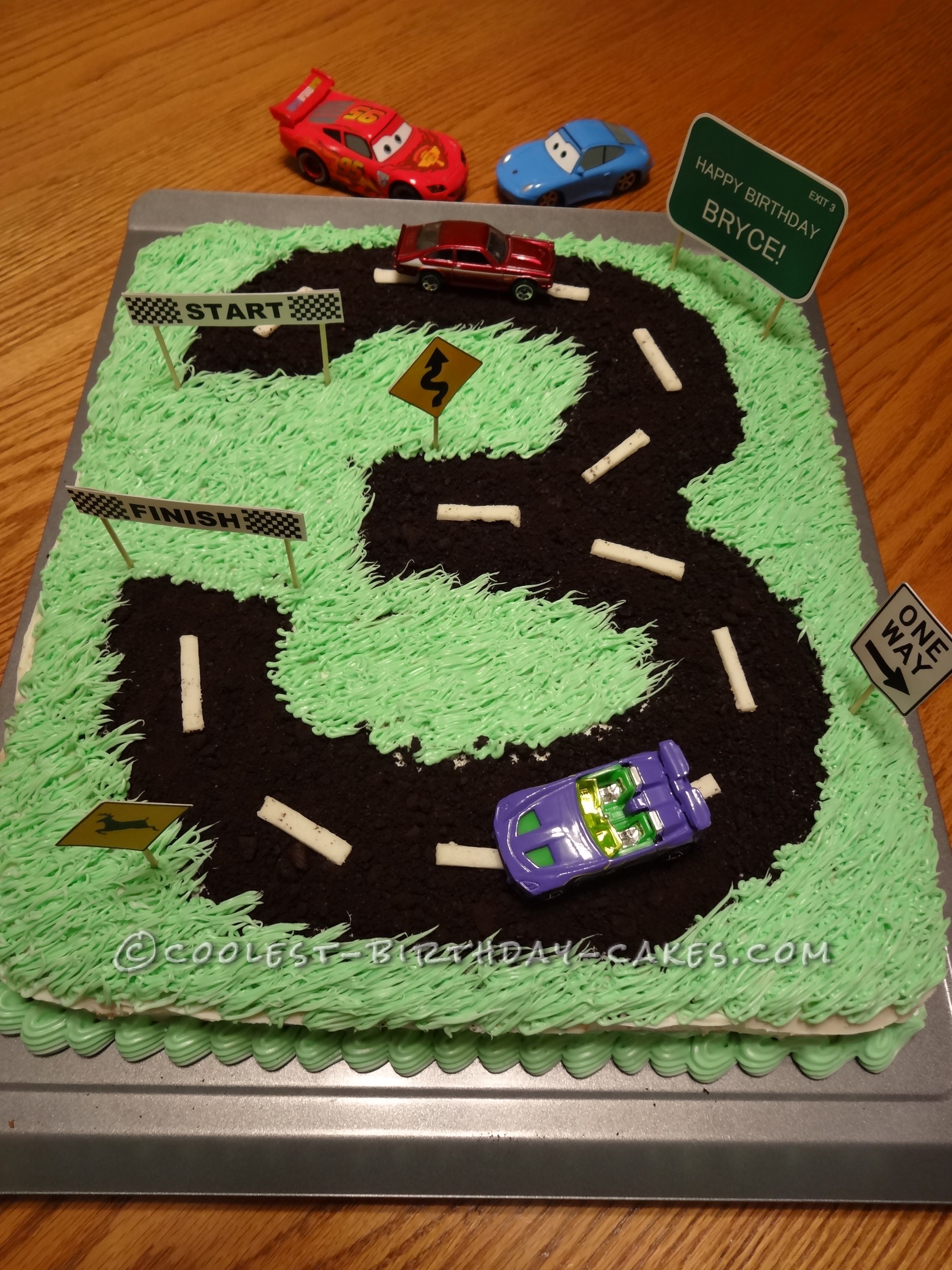 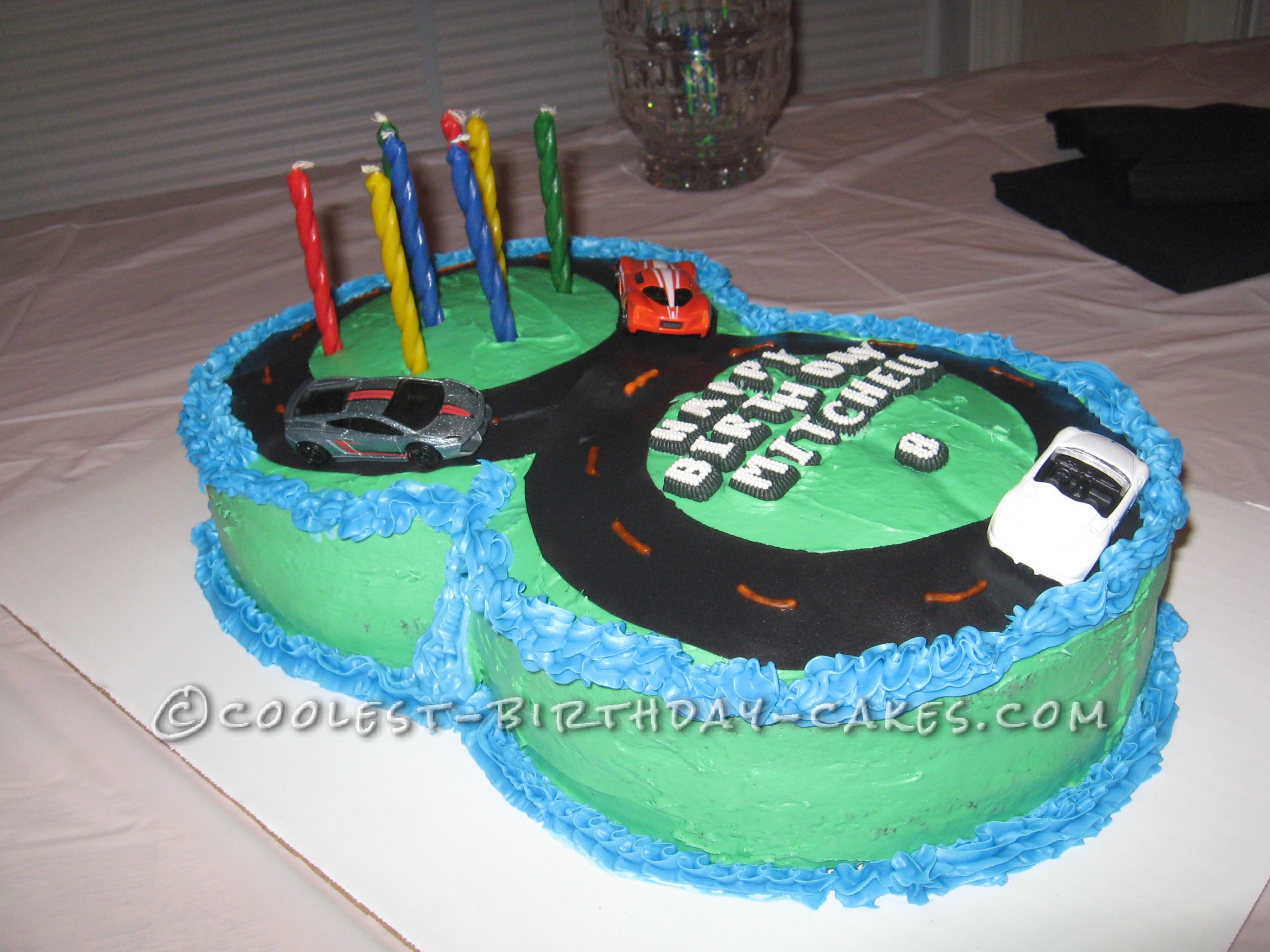