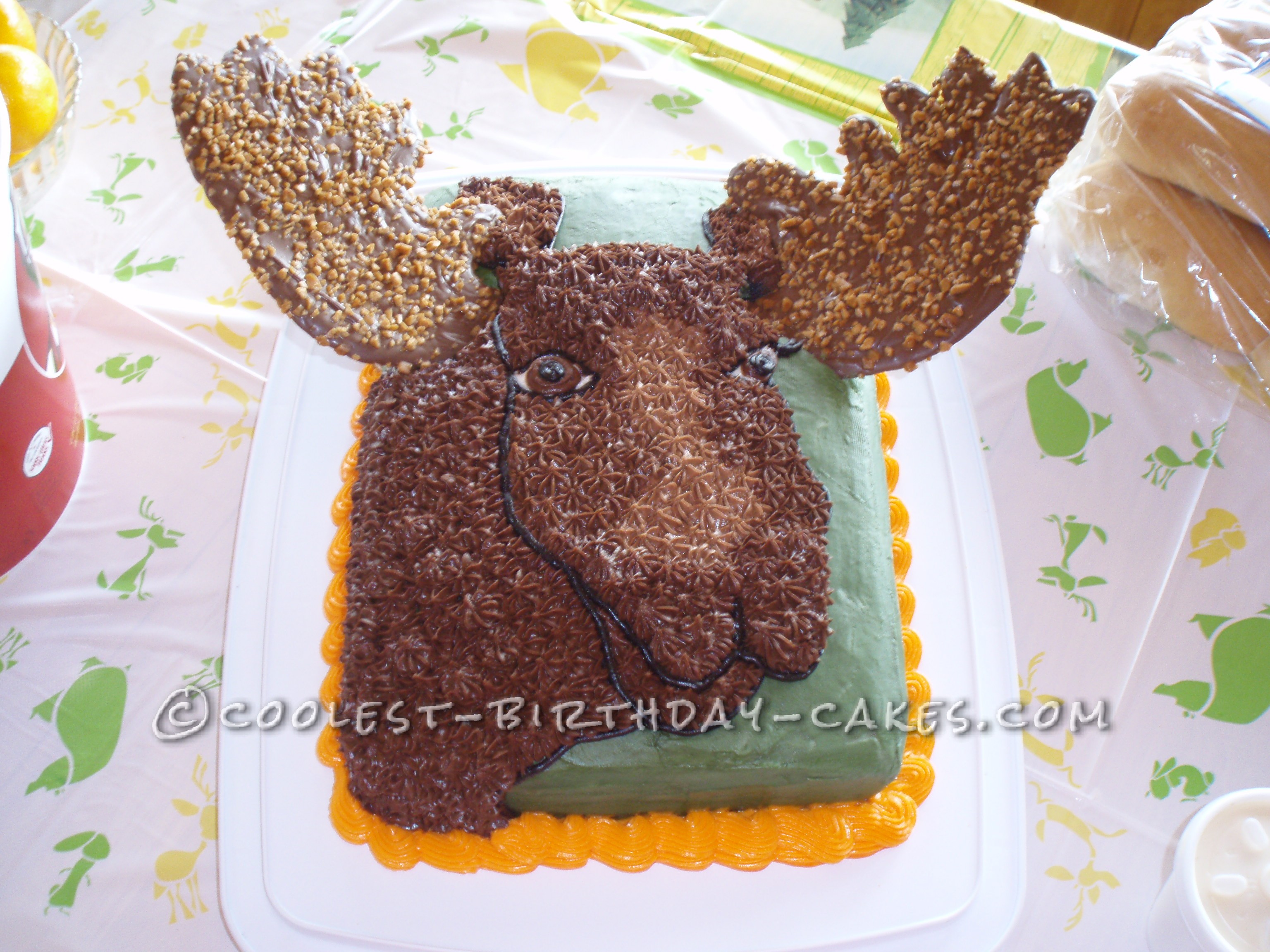 My cake is a Mighty Moose with a large wrack of chocolate Antlers! I made this cake for my dad’s 60th birthday party. He had just come back from a trip to Newfoundland, where he gone on an exciting guide lead hunt. On this trip, my father was able to live out his dream of hunting and dropping a moose. He was so very proud of himself and I wanted to capture this within his birthday cake.

The party consisted of my large family and  friends group of avid hunters. We have hunted many wildlife animals, such as deer, bear, coyotes, rabbits and partridge. Of course, getting a moose takes the cake ( pun intended  ) for all of us. Everyone was very enthralled with my beautiful moose cake. It was a celebration of age, dreams and success. Everyone still talks about this cake. (She was a beaut !)

To make the cake, I first started out with just a simple 9×13 cake pan. It was a white cake, but you can make it of any kind. I spread hunter green icing all over it . Then, trimmed the cake with a large star decorator tip to create a bright ,sunny trim around the bottom edge.

While being careful to look at a good clear picture of a real moose, I was able to draw a picture of a moose onto the cake with black icing ( small round tip). Then , using a medium star sized tip and chocolate icing, I squeezed the full moose face and neck with star dabs. This gives the illusion of fur! I had to build up the face with a second layer of stars to give it a 3-D effect. I also used a slightly lighter shade of chocolate icing for the lighter patch of “hair” on the moose’s nose.  His bright moose eyes even have eye lashes with the black icing !

The Antlers are made of pure chocolate that I melted and poured onto wax paper in an “antler shape”.  While the chocolate is still warm, sprinkle it with Skor bar bits and nuts. Put in fridge to cool and set well…..then peel off the wax paper and stick into the moose, exactly where anlers should be , of course! 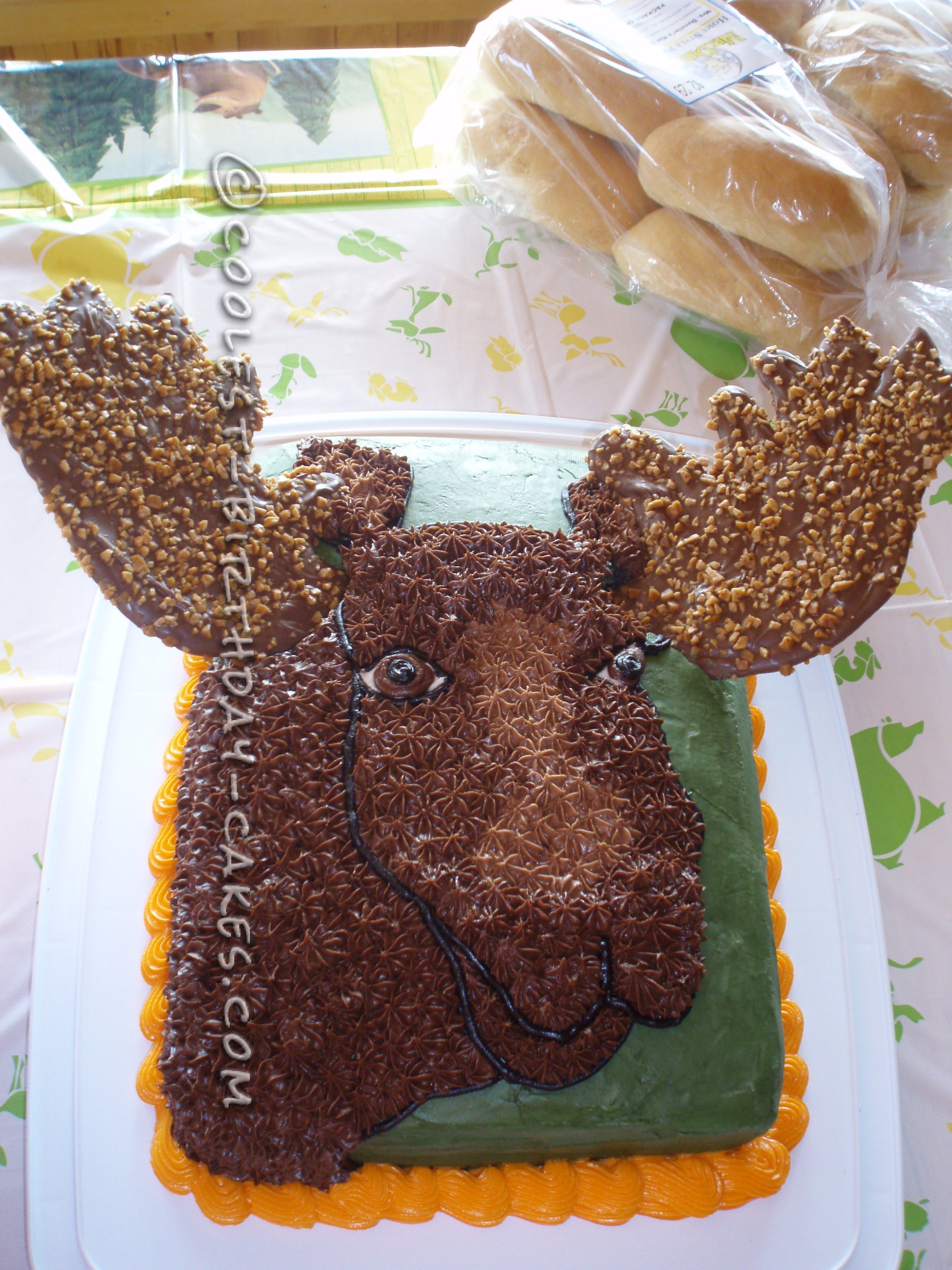